Feeling betrayed by their own leadership on the handling of the coronavirus, young, modern ultra-Orthodox might shift their support to Bezalel Smotrich’s radical right-wing religious party. 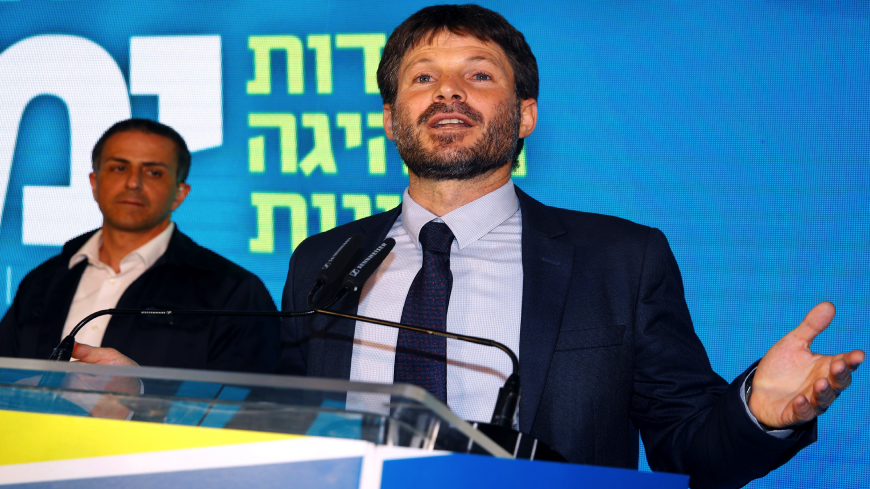 The tweet sent yesterday by popular ultra-Orthodox commentator Israel Cohen triggered an animated, passionate twitter discussion among political commentators. In the tweet, Cohen discussed the findings of an internet poll that examined the voting patterns in the ultra-Orthodox city of Beit Shemesh, which clearly shows a decline in the power of the Yahadut HaTorah party (the Ashkenazi ultra-Orthodox party).

Still, the big drama that may be hiding behind the poll relates to a new, rising power: the Religious Zionist party headed by former transportation minister Bezalel Smotrich. The significance of all that is that veteran faction Yahadut HaTorah is losing young voters to a radical right-wing religious party.

Thus, the fact that Israel is conducting elections under COVID-19 conditions may weaken Yahadut HaTorah. Recent polls have demonstrated a decrease of about one mandate for the party (they have 7 Knesset seats currently), and its leadership has only started to understand how much damage has been done. It is not clear if they will be able to improve things. On the other hand, the second ultra-Orthodox party, Shas (associated with the Sephardim), has nothing to worry about: The heads of the party were careful to toe the line and follow government orders. They did nothing to isolate their young voters.

Strategic adviser Sharon Achdut also identified this trend; he calls it “the quiet mandate” or “quiet voice.” He explains this to Al-Monitor regarding “the new ultra-Orthodox” phenomenon that began some two years ago. “I saw it in Jerusalem, the city that is a microcosm of Israel and of ultra-Orthodox society. Young ultra-Orthodox fellows who continue to dress according to the code and belong to the various ‘courts’ are starting to step outside the boundaries. They are technologically connected via regular smartphones and not 'kosher phones' (without or limited internet connection). They very much want to integrate into the work market and acquire a modern education. There are statistics showing that in the recent decade, there has been a rise of dozens of percentages of ultra-Orthodox youths who acquired an academic education."

Achdut continued, "These fellows are exposed to Israeli society and to new technologies; they see that the genie in the bottle isn’t so terrible. So they try to integrate the two worlds, much like the ultra-Orthodox do in the United States.”

According to Achdut, the factor that speeded up the process was the COVID-19 crisis in the ultra-Orthodox society: This crisis harmed those youths who are trying to find a place in modern society. They started to understand that their leadership does not represent them and even harms them. “I hear these things all the time: blaming the ultra-Orthodox leadership whose behavior harms those who want to integrate. Some of them even understand why the ultra-Orthodox became a hated minority,” says Achdut.

This negative sentiment, claims Achdut, is turning into a new political energy. “These ‘new ultra-Orthodox’ want to punish their representatives in the Knesset, but on the other hand, they won’t vote for secular parties. So Smotrich and the religious Zionists suit them. They can continue to be ultra-Orthodox but vote for the party that they identify with: a right-wing, religious one. I believe that we’re talking about tens of thousands of votes. Let’s say, one mandate or even more.”

Smotrich is well aware of his popularity among the young ultra-Orthodox; he himself is only 40 years old. He is the son of a well-known rabbi in the right-wing religious Zionist public and was sent to study in prestigious yeshivas but managed to acquire a broad education as well. He has a law degree. Smotrich served as transportation minister in Netanyahu’s government and was praised for his professionalism even by secular Jews. He is viewed as an experienced politician, connected to the new generation, who rules the social networks. We can say he is everything Yahadut HaTorah heads are not. Next to Smotrich, they look old-fashioned; they prefer that the ultra-Orthodox youths do not acquire an education or join the labor force in order to preserve their own power.

As part of his efforts to increase his power, Smotrich likes to visit the ultra-Orthodox cities; it is reported that he is welcomed in Bnei Brak, for example, almost like a rock star. He arouses interest, and reportedly, no one remains apathetic to him. He conducts a positive campaign; for example, he protects the ultra-Orthodox vis-a-vis Yisrael Beitenu leader Avigdor Liberman’s attacks. From day to day, he gains popularity among the "technological generation" aged 18-25, which has sprouted in the ultra-Orthodox society. They don’t speak about this trend publicly, and this phenomenon may well be revealed only after the votes have been counted.

Is this really serious? It seems like it; otherwise, it would be hard to explain the hysteria within the heads of Yahadut HaTorah. Videos slandering Smotrich have popped up in recent days on social media, and the commentators all believe the Yahadut HaTorah people are behind them. And it’s no coincidence that the negative campaign against Smotrich is on social media: The young, modern ultra-Orthodox are connected to them.

How will all of this influence the election results? As aforesaid, the polls point to Smotrich as being on an upward trend. When he started out on his own path, he did not reach the electoral threshold; today, he seems to be firmly planted on the “good” side of the equation. There are even polls that predict five mandates for him.

The fact that Smotrich grows at the expense of Yahadut HaTorah, and perhaps even steals a few votes from Naftali Bennett, does not change the big picture. Prime Minister Benjamin Netanyahu has nothing to worry about. In fact, the opposite is true: Everything remains in his courtyard. Radical-right Smotrich has no alternative and will recommend Netanyahu for prime minister. In addition, so long as Smotrich works carefully, Netanyahu will (in effect) not lose even one right-wing vote: He will find his electorate, and that is very significant in snap elections.

What is interesting and dramatic in this story are the changes taking place in ultra-Orthodox society and its leadership crisis. In the future, these changes may get even stronger and change political voting patterns for dozens of years.

Highly respected demographer and professor Sergio Della Pergola estimates that by 2065, Israel’s ultra-Orthodox camp will garner about 25 mandates (today it is estimated at about 16-18 votes). But as opposed to what people tend to assume, it is likely that not all of them will vote for traditional parties due to the "exit" processes of “going outside.”

“We see it [happening]: There are signs of independence, and over time the youths will search out different neighborhoods in which to live. It is possible that when that happens, those same people will want to weigh their political interests differently,” he said.