Parallel to the increase in the number of ultra-Orthodox integrated in the labor market, ultra-Orthodox voters increasingly turn toward mainstream parties. 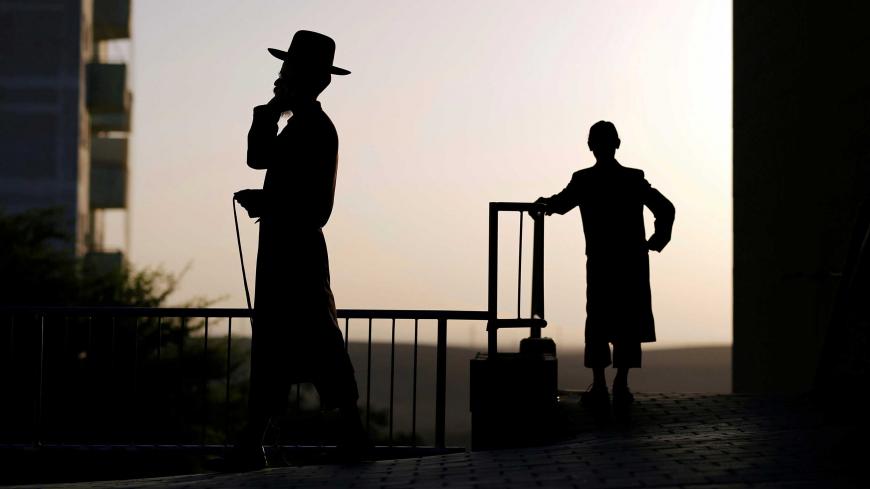 Journalist Yair Ettinger first coined the term "new ultra-Orthodox" some 20 years ago. At the time, he was referring to those ultra-Orthodox Jews who were fed up with a life of ascetic isolationism and therefore decided to integrate into the day-to-day economic life of modern Israel. The group has grown by leaps and bounds since then. More members of the ultra-Orthodox community began serving in the Israel Defense Forces (IDF), pursuing academic studies and integrating into the workforce. Now, the non-ultra-Orthodox parties are starting to recognize the untapped electoral potential of these new ultra-Orthodox.

One factor that really expedited the integration of the ultra-Orthodox into Israeli society was Netanyahu's decision a decade ago, when he served as finance minister, to shrink social security benefits. The reduction of stipends for children, the unemployed and senior citizens forced many ultra-Orthodox to enter the workforce. The trend received an added boost from the expansion of alternative tracks for the sector in the IDF (separate ultra-Orthodox male-only units) and technological developments, which freed the community from their dependence on the established — and supervised — media within their communities.

Another important trend is the increase in the number of ultra-Orthodox students attending academic institutions. Between 2011 and 2016, the number of students almost doubled, from 5,500 to 11,500, according to figures provided by the Council for Higher Education. In May, the council approved a five-year plan to make universities and colleges more accessible to the ultra-Orthodox. This included, among other things, the introduction of separate classes for men and women.

More than anything else, however, enlistment in the IDF is evidence of the ultra-Orthodox integration into general society. Figures published by Al-Monitor on Sept. 18 show that in the last decade, some 16,500 ultra-Orthodox men enlisted in the IDF, compared to just 1,500 in the preceding decade. Military service opens new employment opportunities for ultra-Orthodox youth, mainly in fields relating to technology. It also links them to the secular world, with its distinct values and culture.

It is now time for all of this to find expression in the political system, too. Yaakov Vider, who heads the ultra-Orthodox faction of the Likud Party, told Al-Monitor that in the 2015 election, the ruling party won almost an entire seat from ultra-Orthodox voters and that Netanyahu has set the target of at least two seats from this community in the next election. Voting data from ultra-Orthodox towns and settlements in 2015 shows that support for the Likud grew by tens of percentage points, compared to 2013. In Bnei Brak, the country's largest ultra-Orthodox city, the number increased by 18%.

Vider attributes the growth in ultra-Orthodox support for the Likud to the "new ultra-Orthodox" phenomenon, but he prefers to call it "Israeli ultra-Orthodox." For the most part, he attributes the change to technological innovations such as the internet and smartphones. The sophisticated ultra-Orthodox citizen is no longer willing to have politicians from the traditional ultra-Orthodox parties demand his vote in the election while ignoring his opinions and needs the remainder of the time. "Democratic discourse has reached the sector," Vider said. "The desire to influence the parties’ candidates and their positions has superseded basic affiliation by sector. The ultra-Orthodox parties use the struggle over religion and state in a cynical, political way, rather than for the sake of the cause itself. We are fed up with people thinking that the ultra-Orthodox and their leaders have an unenlightened worldview." He added that the Likud stands to benefit more than the other parties from this change, because right-wing views are prevalent among the sector.

So far, the ultra-Orthodox parties do not seem to attribute much importance to the ultra-Orthodox factions in the other parties. They hope that their rabbinic leadership will succeed in responding to this phenomenon of the new ultra-Orthodox distancing. The problem is that this leadership has been weakened over the past few years by the deaths of Rabbi Ovadia Yosef of Shas and Rabbi Yosef Shalom Elyashiv of Degel HaTorah.

Another direction being taken by the ultra-Orthodox politicians is attacking economic incentives for going to work. In other words, they want to increase budgets for men who study Torah full time instead of entering the workforce. They aim to block the trend of greater integration into general society. Nevertheless, all of the experts who have dealt with the phenomenon agree that the process of integration through military service, academic studies and work will continue. In fact, it will get even stronger.