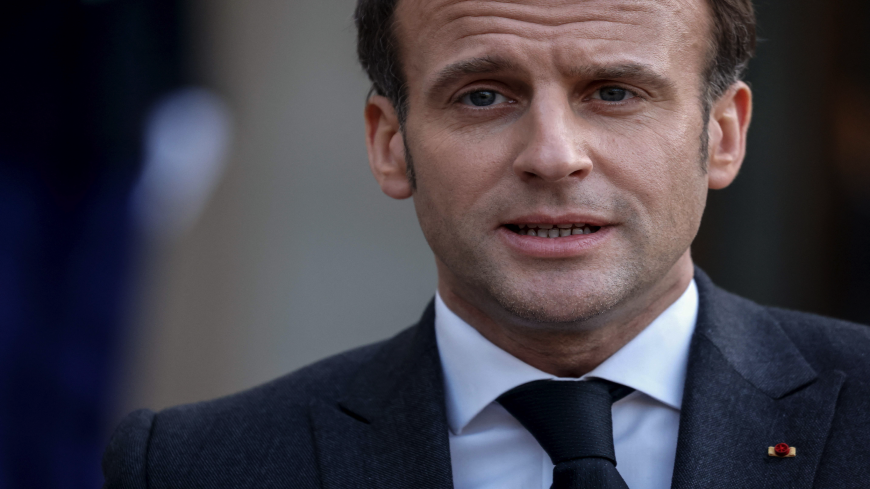 French President Emmanuel Macron talks to the press after a meeting with Libya's interim leaders at the Elysee Palace in Paris on March 23, 2021. - LUDOVIC MARIN/AFP via Getty Images

France will reopen its embassy in Libya on Monday. The move is significant due to the French government’s alleged support for the Libyan National Army, which fought the Tripoli-based government, during the Libyan civil war.

French President Emmanuel Macron announced on Tuesday the reopening of the French Embassy in Tripoli. He was speaking alongside the head of Libya’s Presidential Council, Mohammad Younes Menfi, in Paris. Macron also pledged to work with Libya on its transition to democracy and on economic and security matters. Menfi thanked France for its support at the meeting.

The eastern-based Libyan National Army and the Government of National Accord in Tripoli fought each other from 2014 to 2020. Last October, the two sides agreed to a cease-fire. This paved the way for a unity government, of which Menfi is a part, that took office last week.

France closed its embassy in Tripoli in 2014 at the start of the civil war.

France supported the Libyan National Army, according to some media reports, though Paris never acknowledged this. France was also aligned with Egypt, the army’s ally in the conflict.

With the war now over, France decided to reach out to the new unity government. The current government will remain in office until national elections are held in December.

More than 200 charged in Qatar for not wearing masks