The move was a further sign of reconciliation between Libya's rival administrations. 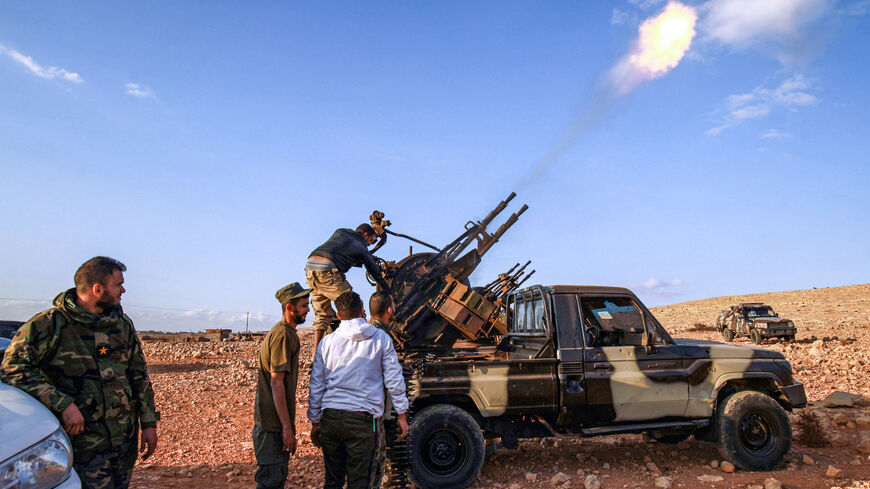 An anti-aircraft gun fires rounds in tribute during the funeral of General Wanis Bukhamada, commander of the "Saiqa" (Special Forces) of the self-proclaimed Libyan National Army (LNA) loyal to strongman Khalifa Haftar, in the eastern city of Benghazi on Nov. 1, 2020. - ABDULLAH DOMA/AFP via Getty Images

Soldiers in the Libyan National Army were released from prison Wednesday in a further sign of reconciliation between Libya’s rival factions.

A total of 100 prisoners of war were released in the northwest coast town of Zawiya in a ceremony attended by members of Libya’s transitional government. The head of Libya’s Presidential Council, Mohammad Younes Menfi, was among those present, The Associated Press reported.

The release of the prisoners of war is a further sign that Libya’s rival administrations have reconciled. Both sides agreed to form the interim government that will govern the country until elections in December. The government has also gained international recognition from important countries in the region, including Tunisia and France.