The Egyptian State Council approved the appointment of women as members to the council and the Public Prosecution office, in tandem with the launch of a social media campaign against a personal status draft law that activists say denies women’s rights to take control of their own decisions. 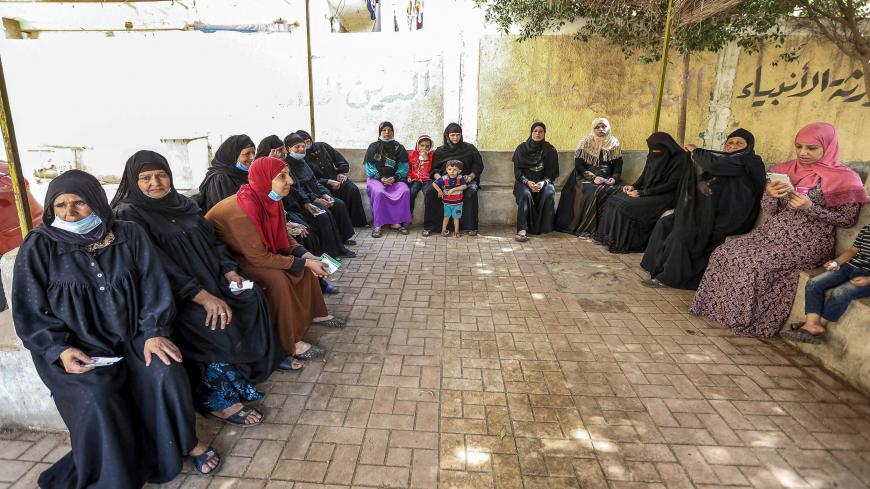 Female voters, some mask-clad due to the coronavirus pandemic, wait before entering a polling station in El-Ayyat, during the first stage of the lower house elections, south of Cairo, Egypt, Oct. 24, 2020. - Khaled Kamel/AFP via Getty Images

CAIRO — In a first such move, the State Council, one of the pillars of the judiciary in Egypt, announced March 14 its decision to allow the appointment of women as members of the State Council and the Public Prosecution.

According to the decision, female members who are already assuming positions in the Administrative Prosecution Authority or the State Lawsuits Authority, are eligible to request a transfer to the State Council to hold the position of delegate or deputy. Until now, appointment to these positions was limited to men exclusively.

The chairman of the State Council, Councilor Mohamed Mahmoud Hossam el-Din, said in a press statement March 14 that the council’s administration has set several conditions and measures for the transfer of female members. The transferred female member must have an excellent or very good record in their bachelor’s degree from any law school; hold two diplomas for postgraduate studies, one of which must be in public law or administrative law; have a good career record with no penalties or negative remarks; pass a personal interview before the competent committee of the State Council; and meet all the conditions mentioned in the State Council’s law.

According to Taha Karsoua, vice president of the State Council Taha Karsoua, who spoke in a TV interview March 16, the State Council’s decision did not set a quota for women, and the appointment of female members will depend on the number of transfer requests submitted by the women working in the Administrative Prosecution Authority and the State Lawsuits Authority.

The State Council, which includes about 3,000 judges, is a judicial body that is tasked mainly with settling administrative disputes, and reviewing and drafting legislative laws and decisions.

The State Lawsuits Authority is an independent judicial body in charge of protecting public money, according to the Egyptian law. As for the Administrative Prosecution Authority, another judicial body in Egypt, it is tasked with investigating violations and disciplinary offenses.

In a statement March 16, the president of the National Council of Women (NCW), Maya Morsi, praised the decision to appoint women to the State Council, considering it as one of the most important decisions in the history of Egyptian women.

This decision, however, faced criticism from other parties as it limits the appointment of women to those who are only members of the two aforementioned bodies.

Al-Monitor spoke to Omnia Gadalla, a law graduate from Al-Azhar University who filed a case on the appointment of women to the Administrative Court in 2014 after the State Council rejected her application for a judicial position.

“The State Council’s decision did not end discrimination against women. It simply agreed to appoint women by transferring them to their positions from other bodies and not by appointing women who graduated from law school. Female graduates who are not employed at the Administrative Prosecution and the State Lawsuits Authority still do not have the right to be appointed [at the State Council]. This is not the case for men,” Gadalla said.

She added, “This decision ignores the president's directives to assess the obstacles preventing women to be appointed to the State Council, and it circumvents the constitutional texts that give women the right to occupy judicial positions.”

During a telephone intervention on the TV show “On My Responsibility” broadcast on Sada Al Balad satellite channel March 8, Justice Minister Omar Marwan said that President Abdel Fattah al-Sisi had earlier directed him to study the barriers to appointing women to the Public Prosecution and the State Council. Following the submission of the study, Sisi directed the Justice Ministry to coordinate with the heads of the Supreme Judicial Council and the State Council to recruit women in the State Council and the Public Prosecution, marking International Women’s Day.

“The State Council’s step is a violation of the constitutional texts,” Gadalla said. She asserted that she will submit a request for appointment at the State Council, but this request will be rejected because she is not a member of the Administrative Prosecution or the Lawsuits Authority. “I will then file another lawsuit against this decision, besides the one already in progress,” she added.

According to Article 11 of the 2014 Egyptian Constitution, “The state commits to taking the necessary measures to ensure appropriate representation of women in the houses of parliament, in the manner specified by law. It grants women the right to hold public posts and high management posts in the state, and to appointment in judicial bodies and entities without discrimination.”

In turn, former member of parliament Nadia Henry said in a Facebook post March 15, “The State Council’s decision violates the law and the president’s directives and violates the rights conferred to women under the constitution.”

She explained that the State Council decided to appoint women by way of transfer from other positions and overlooked the appointment of women in the first position of the judicial corps, i.e., the position of assistant delegate.

“In addition to allowing the transfer of women, the council ought to approve applications by women who had been denied their right to apply,” Henry added.

In 2007, 30 women were appointed as judges in Egypt, becoming the country’s first group of female judges. Before that, there was only one female judge who was appointed in 2003. From 2007 until 2017, the rate of female judges appointed in Egypt’s judiciary reached 0.5%, i.e., 66 female judges out of 16,000 judges. Out of these 66 judges, six fill the position of heads of appeal, 16 deputy heads of appeals, 32 court heads and 13 judges, according to an analytical paper published on May 2, 2017, by independent human rights organization Nazra for Feminist Studies.

Shawqi al-Sayed, a professor of law at Cairo University, told Al-Monitor via phone, “This decision is not an achievement, because the appointments in the State Council must cover all job positions and not be limited to transfer only from the Administrative Prosecution or the State Cases Authority.”

Sayed wondered what is hindering the recruitment of female law graduates in the State Council instead of transferring female employees from other authorities. “Egyptian women deserve this, especially after all what they have endured to obtain their rights throughout the past century.”

Coinciding with the State Council’s decision, women flooded social media under the Arabic hashtag that translates into “Guardianship is my right.” This campaign came at the initiative of the independent Women and Memory Forum to demand guardianship over themselves and their children. Guardianship would allow women to manage their own affairs and the affairs of their children away from the control of the husband. The campaign comes as parliament examines a new personal status draft law.

On March 8, the Women and Memory Forum said in a statement posted on Twitter, “The draft law contains many discriminatory texts that deny women legal capacity in violation of the constitution and the reality of Egyptian women in the 21st century. Under a hashtag in the name of the campaign, Egyptian women have shared their daily experiences with laws and regulations that deny them the right to travel, enroll children in school or even decide to have any surgery.”

The director of the Women's Center for Guidance and Legal Awareness, Rida al-Danbouki, praised the campaign against the personal status draft law. Speaking to Al-Monitor, he lashed out at the draft law for including ambiguous and broad concepts that do not achieve any gain for women's rights.

“The campaign contributes to raising awareness about the loopholes in the draft law. These campaigns represent a kind of societal movement even if they seem simple at first,” he said. 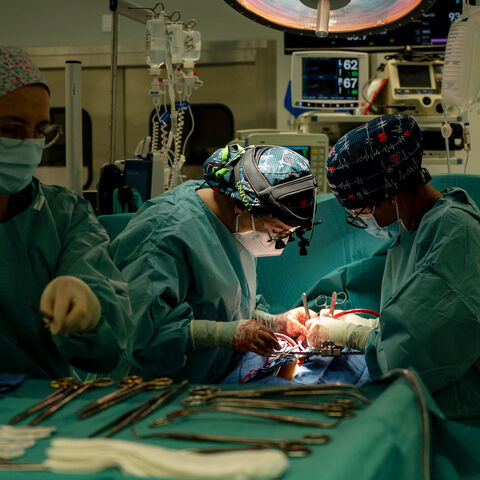