The State Council refused to look into an appeal to appoint women as judges, despite constitutional texts stressing the equality between men and women in assuming public posts. 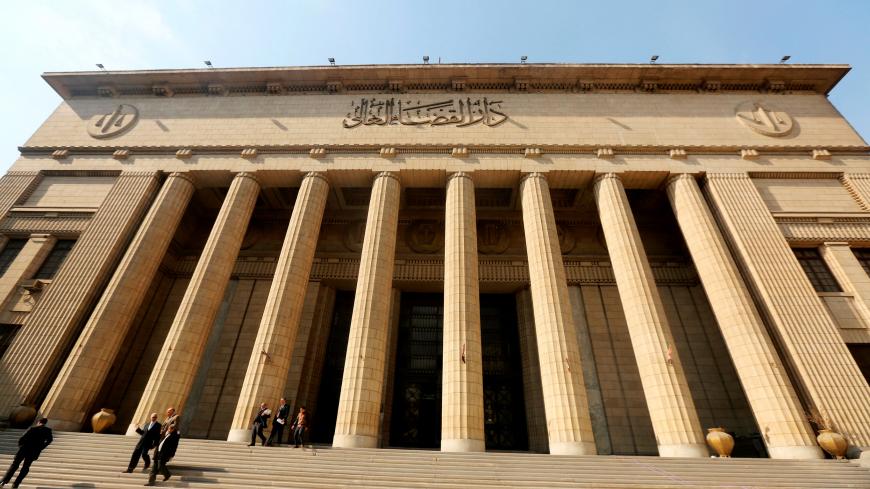 CAIRO — The Commissioners Authority of the Supreme Administrative Court on Nov. 11 rejected an appeal to appoint female judges to the State Council. The authority stated in its decision that the council has the freedom to appoint personnel at its discretion and that its stance does not reflect discrimination against women based on non-eligibility as such. Rather, the council's stance aims to ensure its proper functioning. The authority, which reviews cases brought before the council, concluded there is no binding provision in the Egyptian Constitution requiring the appointment of women to the State Council. The authority's decision was in response to an appeal filed in early 2017 by Omnia Gadallah, who objected to the State Council's refusal to accept her application for the position of assistant delegate, which is the first step toward being appointed a judge at the council.

Namati, a legal empowerment network, describes the State Council as “an independent judicial body that is exclusively competent to adjudicate in administrative disputes, disciplinary cases and appeals, and disputes pertaining to its decisions … and review draft contracts to which the state or any public entity is a party.” The Commissioners Authority's rejection of Gadallah's appeal against the council has been forwarded to the Supreme Administrative Court, which has the final say. The court, which usually gives weight to the authority's ruling, is expected to issue the final decision Feb. 24.

Gadallah told Al-Monitor, “I graduated with distinction from the Sharia and Law Faculty of Al-Azhar University in 2013, then I received my master’s degree in law from Ain Shams University. When I applied to the position at the State Council in 2014, they refused to accept my papers, which is unconstitutional. In September 2015, a presidential decree accepting the appointments was issued, without taking into consideration my right to apply for the job. So, I filed an appeal against the presidential decree in 2015.”

She said, “The discrimination that is happening by banning women from working as judges in the State Council is not justifiable, especially with the government's desire to thoroughly empower women, as President [Abdel Fattah] al-Sisi announced that 2017 will be the Year of Women. As long as women have the necessary skills to take on the position, there shouldn’t be a problem.” The government is supposed to be committed to empowering women as part of Egypt Vision 2030, which has, among other goals, women attaining decision-making positions.

Gadallah said, “Despite all these circumstances, I still hope women will come out victorious and will occupy judicial positions in the State Council. I am coordinating with the competent governmental parties, civil society organizations and the National Council for Women to achieve this goal.”

Egyptian women have been fighting several battles since the 1950s to obtain the right to be appointed as judges to the State Council. All their attempts thus far have failed. In 2010, at an emergency session of the State Council's General Assembly, the highest body in the council, comprised of all council judges, members voted against allowing women to become council judges.

Article 11 of the Egyptian Constitution stipulates, “The state commits to achieving equality between women and men in all civil, political, economic, social and cultural rights. … It grants women the right to hold public posts and high management posts in the state, and to appointment in judicial bodies and entities without discrimination.”

Former State Council President Mohammad Hamed al-Gamal told Al-Monitor, “The State Council is not taking any arbitrary measures against women by refusing to appoint them as judges. Its stance does not contradict the constitutional text, which ensures equality between men and women.”

Gamal said the problem is only linked to women’s work as judges. “Many women have been occupying administrative jobs in the State Council for years,” he stated. “The State Council’s stance is not discriminatory but is only related to women having the necessary set of skills to work as judges in the council and to the suitability of the work conditions for them.”

Gamal argued, “When women have the right competence and ability to serve as judges in the State Council, and when the government provides them with suitable housing locations in the governorates and proper transportation, then they can take on such jobs.”

The State Council has branches in remote governorates. Women assigned as judges in such localities, like the men who are appointed, would reside in housing units affiliated with the council. Those opposed to women sitting as judges claim that the accommodations are somehow insufficient and that women would require transportation assistance to get around.

Nuhad Abu al-Kamsan, head of the Egyptian Center for Women’s Rights, disagrees. “The State Council’s stance is shocking, as the constitution bans discrimination,“ she told Al-Monitor. “Nothing justifies this obstinance toward women. Paradoxically, the State Council is the judge and defendant at the same time because it is the party responsible for settling administrative disputes.”

Abu al-Kamsan said that if there is a lack of logistical support, such as suitable housing units for judges, then the political will should be found to provide adequate facilities, which men, not only women, require.

“President Abdel Fattah al-Sisi should intervene to stop this flagrant discrimination against women, without violating the principle of independence of the judiciary,” Abu al-Kamsan said.the National Council for Women “and civil society organizations should coordinate efforts to generate strong public opinion that is fair to women. The media should also play an important awareness role. The parliament is should pass the of necessary legislation to empower women to work at the State Council.”

Parliamentarian Suzy Nashed, a member of the Legislative and Constitutional Affairs Committee, had announced in March that she was preparing a bill to appoint female judges to the State Council. It is now ready for discussion at the council, which has the authority to add and delete articles, after which the bill would be sent to the parliament for possible passage. At a session of parliament on Nov. 14, Speaker Ali Abdul Aal called on state judicial authorities, including the State Council, to appoint women to various positions.

The State Council has been holding out for more than six decades, arguing the absence of a constitutional text that explicitly requires the council to appoint women judges. Although rights groups and media are applying undeniable pressure to change this situation, eliminating discrimination against women and fulfilling calls for their appointment as judges on the State Council might take a while.