1 in 4 casualties in Yemen's war are children, aid agency finds

A report from Save The Children says at least 2,341 children were killed during the last three years of Yemen's civil war. 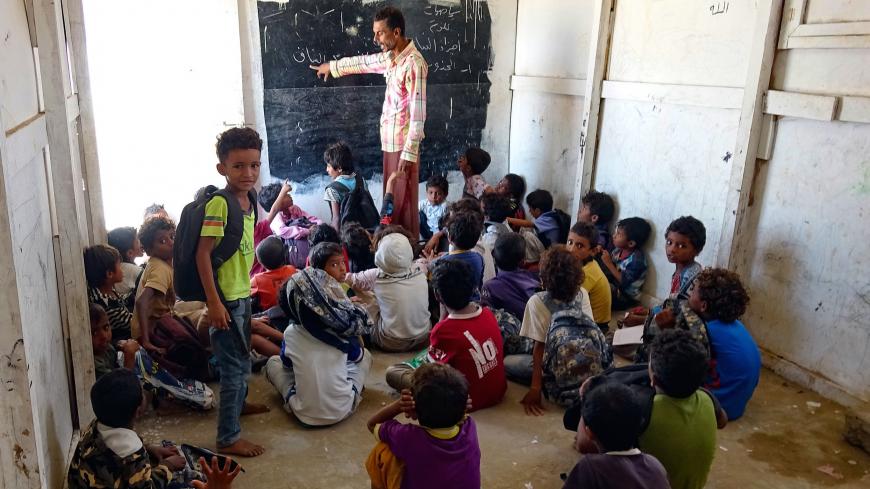 Displaced Yemeni boys attend a class at a makeshift school run by volunteers, in the war-ravaged western province of Hodeida, on March 14, 2021. - KHALED ZIAD/AFP via Getty Images

During the past three years of Yemen’s civil war, almost one in four civilian casualties were children, according to a new report from Save The Children.

At least 2,341 children in Yemen died in the conflict between 2018 and 2020, the charity said, adding that the real death toll is almost certainly higher. The group also found that the conflict is getting more dangerous for young people, with the rate of casualties among children increasing significantly in 2019 and 2020.

Children in Yemen have lived through “a horrific and endless nightmare,” said Xavier Joubert, Save the Children’s Yemen country director.

“They go to bed hungry, see people starving to death, and miss out on school,” Joubert said in a statement. He said taht every day, “Children risk death or injury if they venture outside and get caught up in the frequent shelling and bombing of places where they should feel safe — homes, schools, hospitals, and marketplaces.”

Children continue to bear the brunt of the six-year war in Yemen, which has pitted the Iran-aligned Houthi rebels against a Saudi-led military coalition that backs the government. Since the beginning of March, the fighting has left at least eight children dead and 33 wounded, the UN Children’s Fund (UNICEF) said Saturday, adding that the casualties occurred mostly along the active front lines in Taiz and Hodeida governorates.

The grueling conflict has created what the United Nations describes as the world’s worst humanitarian crisis, with 11.3 million children in need of outside assistance or protection. The Arab world’s poorest country also faces a looming famine, and the rates of child malnutrition are among the highest ever recorded in parts of Yemen.

As many as 400,000 Yemeni children under the age of 5 are at risk of dying if they do not receive urgent treatment for malnutrition, the UN warned last month. An additional 1.2 million million pregnant or breastfeeding women are also estimated to be acutely malnourished.

Saudi Arabia on Monday put forward a US-backed cease-fire initiative that would allow fuel and food imports to reach Hodeida, as well as reopen of the international airport in Houthi-held Sanaa. The Houthis, who have resumed their offensive on the strategic town of Marib, appeared to reject the proposal on the grounds that the Saudi concessions didn’t do enough to ease the blockade.

“All parties to the conflict must fully implement a cease-fire as soon as possible,” said Joubert. “The cease-fire should be used to work towards a sustainable peace and a political solution to this war — it’s the only way to truly end this humanitarian catastrophe."