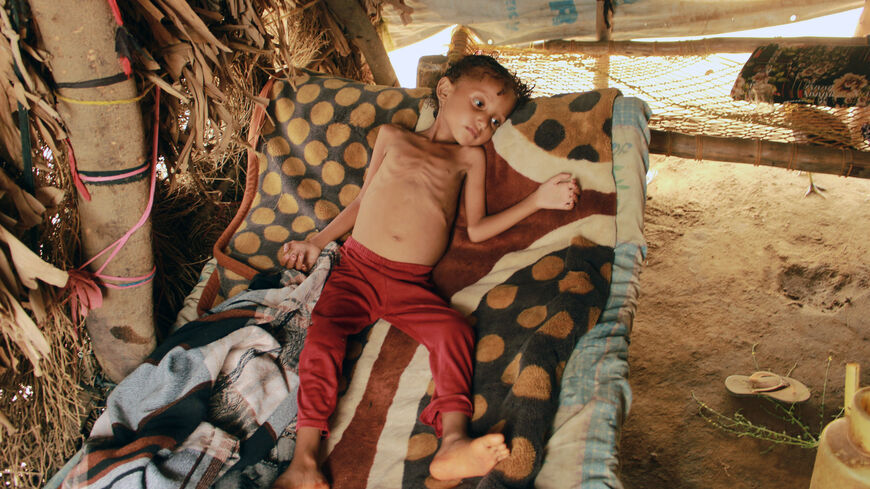 The rates of child malnutrition are among the highest ever recorded in parts of war-ravaged Yemen, with at least 98,000 children under five at risk of dying without urgent treatment, the United Nations said in a report Tuesday.

Acute malnutrition among children in the age group has risen by 15.5% in 2020, according to a UN analysis of south Yemen. Hodeidah’s lowlands are one of the worst-hit areas, with 27% of children considered acutely malnourished.

A survey of child malnutrition in northern Yemen, which is controlled by the Iran-aligned Houthis, is underway and expected to be “equally concerning.”

Poor-quality diets, high rates of disease and limited access to nutrition services are among the reasons Yemen is one of the most difficult places in the world to be a mother, the report said. At least a quarter of a million pregnant or breastfeeding women are in need of treatment for malnutrition, but experts say the real number is likely higher.

The coronavirus pandemic along with widespread flooding, economic decline and the ongoing conflict between the Saudi-led coalition and the Houthi rebels, have compounded what was already a dire situation for women and children. After some six years of war, Yemen is considered by the UN to be the world’s worst humanitarian crisis. Nearly 80% of the population — over 24 million people — require some form of humanitarian assistance to survive.

“We’ve been warning since July that Yemen is on the brink of a catastrophic food security crisis,” said Lise Grande, the UN humanitarian coordinator for Yemen. “If the war doesn’t end now, we are nearing an irreversible situation and risk losing an entire generation of Yemen’s young children.”

The rampant food insecurity comes as the UN’s Yemen programming faces historic funding shortfalls. As of mid-October, just $1.43 billion of the $3.2 billion needed for the humanitarian response in Yemen had been received, and the UN has warned repeatedly that a number of its life-sustaining aid programs are on the chopping block.

The United States, traditionally one of the largest humanitarian donors to Yemen, has significantly cut its contribution in 2020. Citing the rebels' interference with food deliveries, the Trump administration suspended assistance to Houthi-held areas earlier this year.

Exceptions are made for “critical life-saving NGO activity” but relief groups describe them as “too narrow to deliver an effective response.” There are humanitarian carve-outs for programs to treat severe acute malnutrition, for example, but funding is on hold for health workers to identify which children are in need of treatment.

Adding to the United Nations’ cash concerns, Saudi Arabia has scaled back its contribution, pledging half of the $1 billion it offered the Arab world’s poorest country last year. The United Arab Emirates, which is also a major player in Yemen’s conflict, has not committed to send any funding.