'Another cry for help from Yemen,' where 400,000 children could starve

According to the United Nations, nearly 2.3 million Yemeni children under the age of five are likely to experience acute malnutrition this year. 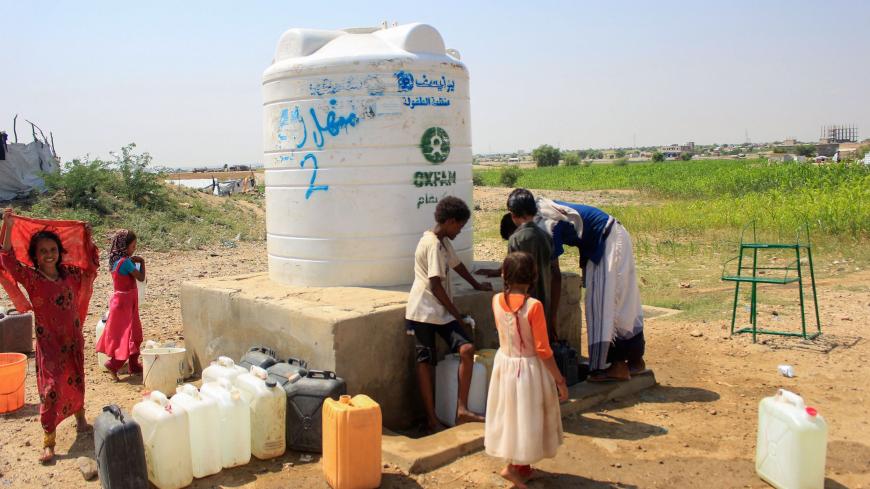 Yemeni children fill jerrycans with water from a cistern at a camp for internally displaced people in the northern Hajjah province on Oct. 12, 2020. - ESSA AHMED/AFP via Getty Images

As many as 400,000 starving children in Yemen are at risk of dying without urgent treatment for malnutrition, a group of United Nations agencies warned on Friday.

Nearly 2.3 million children under the age of five in the war-torn country are likely to experience acute malnutrition in 2021, according to an analysis published Friday from the UN food agency , UNICEF, the World Food Program (WFP) and the World Health Organization.

“The increasing number of children going hungry in Yemen should shock us all into action,” UNICEF director Henrietta Fore said in a joint statement. “More children will die with every day that passes without action. Humanitarian organizations need urgent predictable resources and unhindered access to communities on the ground to be able to save lives.”

Yemen is embroiled in a civil war pitting the Houthi rebels against a Saudi-led military coalition that intervened on behalf of the internationally recognized government in 2015. After some six years of war, the United Nations considers Yemen the world’s worst humanitarian crisis.

The UN agencies noted that good maternal health is key to preventing child malnutrition, but in Yemen, roughly 1.2 million million pregnant or breastfeeding women are estimated to be acutely malnourished this year.

“These numbers are yet another cry for help from Yemen, where each malnourished child also means a family struggling to survive,” said WFP director David Beasley.

The coronavirus pandemic along with widespread flooding, economic decline and the ongoing conflict between the Saudi-led coalition and the Houthi rebels have compounded what was already a dire situation for women and children. Nearly 80% of the population — over 24 million people — require some form of humanitarian assistance to survive.

The UN figures come a week after the Joe Biden administration said it would reverse the terror designation of Yemen’s Houthi rebels. Aid agencies had warned the blacklisting, which the administration announced in January, could hamper their efforts to deliver aid in the Arab world's poorest country. The UN warned last month the terror designation represented a “death sentence” for hundreds of thousands, if not millions, of Yemeni civilians.

The Biden administration unveiled major changes to Washington’s Yemen policy last week, including ending US support for the Saudi-led coalition and appointing career diplomat Tim Lenderking as special envoy to Yemen. Relief organizations are also calling on Biden to restore US aid to northern Yemen that the Donald Trump administration cut last year.