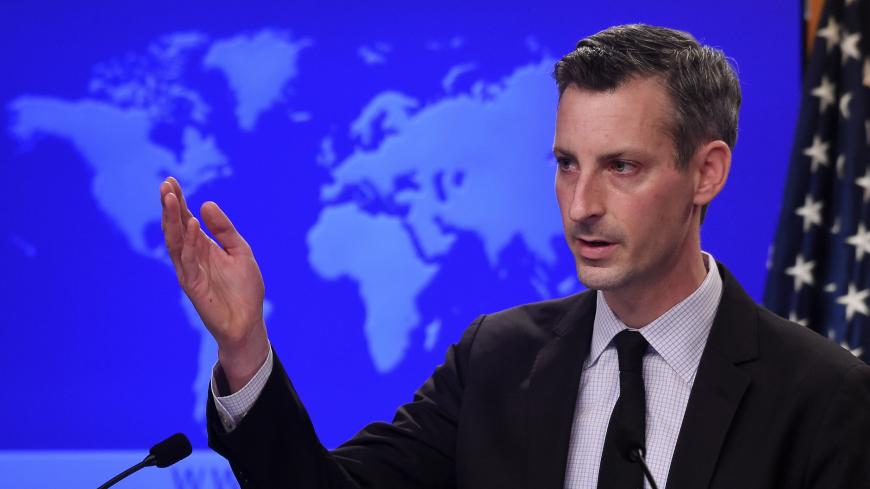 The United States will not lift sanctions on Turkey over its possession of Russia’s S-400 air defense system, the State Department signaled Wednesday, appearing to rebuff a suggestion by Turkey’s defense minister that the NATO allies could “find a solution” to the dispute.

“Our policy vis-a-vis the S-400 has not changed,” State Department spokesman Ned Price said Wednesday afternoon, adding, “We continue to urge Turkey not to retain the system.”

In an interview with Turkey’s Hurriyet newspaper on Tuesday, Defense Minister Hulusi Akar reiterated a proposal to discuss the S-400 dispute with US officials via a working group, adding that Ankara need not use the system “constantly,” likening his government’s possession of the Russian technology to Greece’s possession of the S-300.

Akar seemed to tie the S-400 issue to Washington’s support for the Syrian People’s Protection Units (YPG) in the fight against the Islamic State in Syria, saying the disagreement about the YPG could not be resolved without concession from Washington. Turkey considers the YPG to be inextricably linked to the Kurdistan Workers Party, designated as a terrorist organization by Ankara and its Western allies.

In a separate interview with Daily Sabah, Akar floated a veiled threat, saying Turkey’s leaders may take matters into their own hands if the United States continues its support for the YPG.

Bloomberg on Tuesday cited two anonymous Turkish officials as saying Ankara was willing to make concessions to Washington on the S-400, such as limited use, in order to maintain its defense industry relationship with the United States.

The US ambassador to Turkey, David Satterfield, last week said no sanctions would be lifted unless Turkey gives up the S-400.

Relations between the Biden administration and Turkish government under President Recep Tayyip Erdogan are off to a frosty start, draining prospects of a quick reset between the two NATO allies.

Neither President Joe Biden nor Secretary of State Antony Blinken have yet called their Turkish counterparts. US national security adviser Jake Sullivan spoke with his counterpart in Ankara, Ibrahim Kalin, for nearly an hour earlier this month about a number of regional issues, including “managing disagreements effectively.”

A week prior to that call, Sullivan referred to Turkey alongside adversary China as “issues of mutual concern” in a conversation with the European Commission’s Cabinet leader, Bjoern Seibert, according to a readout of the call.