National security adviser Jake Sullivan ran through a panoply of regional issues in a call with his Turkish counterpart. 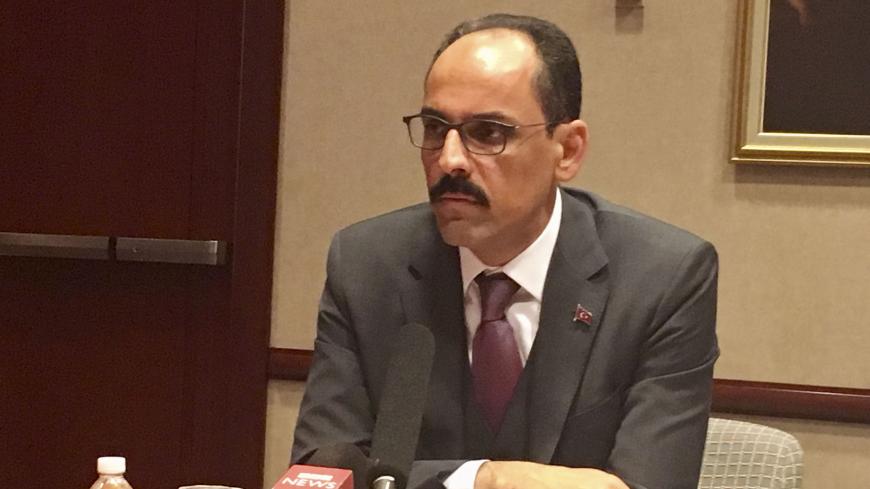 Ibrahim Kalin, the spokesman for Turkish President Recep Tayyip Erdogan, speaks to reporters during a round table at the Turkish Embassy in Washington, DC, on April 16, 2019. - SHAUN TANDON/AFP via Getty Images

Sullivan and Kalin discussed building US-Turkey ties and “managing disagreements effectively,” according to a White House press release. Relations between the two allies have been remained thorny since Turkey’s purchase of Russia’s S-400 air defense system in 2017, a matter Sullivan discussed with his counterpart on Tuesday.

The US national security advisor also voiced his government’s support for exploratory talks between Turkey and Greece to resolve disputes in the eastern Mediterranean Sea and said Washington supports a planned resumption of United Nations-led talks on the status of Cyprus.

On Syria, the two discussed the potential negative humanitarian impact of a renewed Syrian government offensive in Idlib.

Kalin also stressed the need to “find a solution” to the allies’ disagreement over US support for the Kurdish-led factions in northeast Syria, which Washington armed and trained in the fight against the Islamic State but officials in Ankara consider terrorists.

Sullivan’s call came a day before Ambassador David Satterfield touted the US’ economic relationship with Turkey in an interview with Anadolu News Agency, raising the prospect of greater investment in Turkish manufacturing.

While the path forward is not yet clear, the Biden administration may work to find common ground with Ankara on regional issues before addressing the central problem, the S-400, head on.