Ankara and Washington, both unwilling to budge over differences, can expect ties to get worse before they get better. 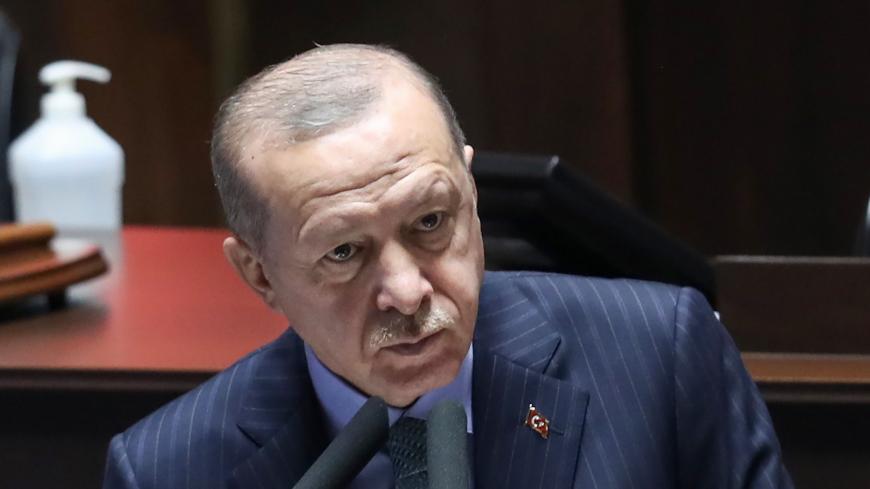 Turkish President Recep Tayyip Erdogan delivers a speech during a meeting of members of his Justice and Development Party at the Turkish Grand National Assembly in Ankara, on Feb. 24, 2021.

It's been over a month now since US President Joe Biden entered the Oval Office but he has yet to make the much-awaited phone call to Turkish President Recep Tayyip Erdogan.

The few exchanges and contacts that have taken place between Ankara and Washington in the meantime have been over contentious issues. Nevertheless, Erdogan is still seeking a new opening with Washington, even though this appears an unlikely prospect given the hard-line positions the sides are maintaining on issues that separate them.

“We believe our common interests with America far outweigh our differing opinions," Erdogan said in an address over the weekend inaugurating the newly launched Turkish-American TASC TV.

He added that his government desired a relationship with the United States that takes “the long-term perspective” into account and is based on a “win-win” understanding.

However, he did not miss the opportunity to also deliver barbs that showed why a rapprochement is unlikely any time soon.

He accused the American side of backing the People’s Protection Units (YPG) in Syria — a group that Turkey has listed as a Kurdish terrorist organization.

In the meantime, Biden’s self-avowed commitment to supporting democracy and human rights globally also hampers the possibility of improved ties.

A positive outreach toward the Erdogan government is considered unlikely at a time when conditions in Turkey in these areas continue to deteriorate.

Exchanges that have taken place between Ankara and Washington since Biden took office have already set the tone in this regard.

In its quick and sharp response, Ankara effectively told Washington to mind its own business and stop interfering in Turkey’s legal affairs.

The other seemingly insurmountable issue that is clouding ties concerns Turkey’s purchase of Russian made S-400 air defense systems.

Washington opposes this purchase on the grounds that it threatens NATO assets, most notably the new F-35 stealth fighter jet, and wants Ankara to ditch it.

Turkey has already been kicked out as a partner from the F-35 program over this matter.

Ankara recently hired a law firm in Washington to lobby for Turkey’s return to the F-35 program.

This move indicates that for all its bluster about having alternatives to the F-35 program, Ankara is smarting over this expulsion.

On the day he issued his statement on Kavala, Price also reiterated Washington’s position regarding the S-400s, saying US policy has not changed.

“Russian S-400s are incompatible with NATO equipment. They threaten the security of NATO technology and they’re inconsistent with Turkey’s commitments as a NATO ally,” Price said.

To underscore the gravity of this matter for Washington, he reiterated that Turkey had been slapped with sanctions under the Countering America's Adversaries through Sanctions Act because of this purchase.

Price was responding to a question about remarks made by Turkey’s Defense Minister Hulusi Akar, who suggested a desire to cooperate with the United States on determining how the S-400s would be used by Turkey.

Erdogan, however, has made it clear that giving up on the Russian systems is out of the question. Meanwhile, Turkish defense industry officials have said talks are underway with Russia for a second batch of S-400s.

Pentagon spokesman John F. Kirby also said this week, “There's been no change to the administration's policy with respect to the F-35 and the S-400.”

Kirby said Ankara had been provided with “multiple opportunities” to purchase the Patriot defense system from the United States but chose instead to buy the S-400 and “provide Russia with revenue, access and influence.”

Meanwhile, the YPG question flared up again following the execution of 13 kidnapped Turkish citizens — mostly members of security forces — by the PKK in Iraq recently.

State Department spokesman Price deplored the killings and said the United States condemned them "in the strongest possible terms" subject to confirmation that it was the PKK that carried them out.

The qualified condemnation left Ankara livid. “You are with them and behind them, pure and simple,” Erdogan said in his angry response, referring to US support for the PKK-linked YPG.

Tensions were quickly lowered by Foreign Minister Mevlut Cavusoglu and his US counterpart Anthony Blinken over the phone. Washington clarified its position later and accused the PKK in the killings without qualifications.

Media reports that the United States is reinforcing the YPG in northern Syria and setting up joint bases with the group near the Turkish border are also fueling anger in Ankara.

Reflecting the official mood in Ankara, political analysts Sinem Cengiz wrote that it is still not clear “what policy Biden will adopt to help its NATO ally in its anti-terror campaign.”

“Biden’s decision to bring back Brett McGurk, the architect of America’s cooperation with the YPG, indicates a policy that is likely to increase tensions,” Cengiz said in an article for Arab News.

McGurk’s appointment as National Security Council coordinator for the Middle East and North Africa caused anger in Ankara. He is deeply disliked because of his support of the YPG and criticism of Turkey’s Syria policy.

Some Turkish analysts have established a false equivalence between the YPG and S-400 issues. They believe that a trade-off could be possible between these issues and result in improved ties.

This is a nonstarter given the uncompromising stance the sides have on these issues, which, at any rate, are unrelated and have to be resolved separately in an atmosphere of trust that doesn’t exist today.

Foreign policy analyst Zeynep Gurcanli said, “Washington will not bargain over the S-400s as long as the Biden administration remains in power,”

In an article for Dunya daily, Gurcanli said that even if Biden was prepared to compromise, he would face serious difficulties in convincing Congress, where a majority is unhappy with Ankara.

Political scientist Ilter Turan of Istanbul’s Bilgi University said Turkish-American ties are unlikely to improve given current conditions. “The number of areas where respective interests are perceived to diverge irreconcilably appears not to be decreasing but possibly increasing,” Turan told Al-Monitor.

“While there may be lulls in the stormy bilateral relationship, sustained improvement seems unlikely,” he added.

Turan also cautioned against the argument that Washington can ill afford to totally alienate Ankara given its strategic military assets in Turkey.

“While it is true that the Biden administration would like to have better rather than highly contested relations with Turkey, the US also seems to be developing surrogate options by promoting closer cooperation with Greece, Bulgaria and Romania and establishing a more permanent presence in northeastern Syria,” Turan said.

Pointing out that Turkey is dependent on the United States for defense procurement, Turan said this is “a reality that would be extremely difficult and costly to change in the short run, exposing Turkey to significant security weaknesses.”

Turan also noted the economic constraints under which Turkey operates and which tie it to the United States.

“The recent overtures made by the Turkish government to the Biden administration to improve relations, although undermined by a credibility problem, indicate growing awareness of this reality,” Turan said. 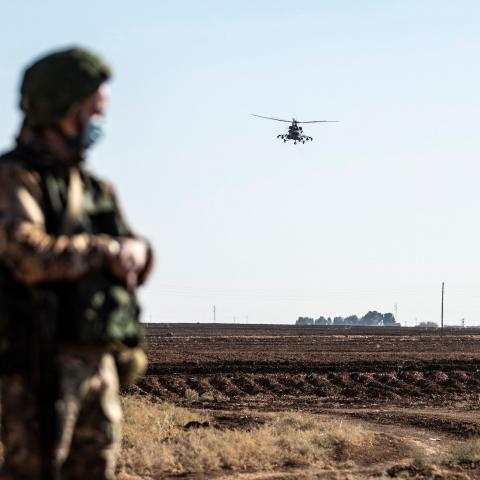