Turkey aims for moon by 2023 as UAE reaches Mars

Turkey's president announced he wants to send a spacecraft to the moon by Turkey's centennial the same day regional rival the United Arab Emirates reached Mars. 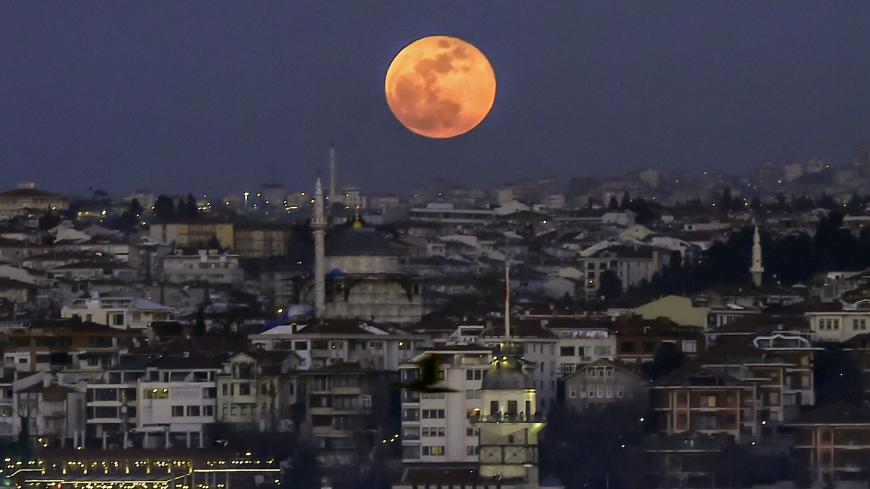 A picture taken on Jan. 31, 2018, shows the moon during a lunar eclipse above the Bosporus Strait in Istanbul. - YASIN AKGUL/AFP via Getty Images

Turkey unveiled its space program and plans to go to the moon on Tuesday, the day a United Arab Emirates space probe reached Mars’ orbit.

Turkish President Recep Tayyip Erdogan promised a lunar voyage within two years, saying, “We will go to the moon in 2023.”

Erdogan made the comments during a Turkish Space Agency meeting. The agency, which was founded in 2018, outlined a 10-year plan for Turkish space exploration. The first goal is to reach the moon in 2023, the centennial of modern Turkey. Other goals include sending a Turkish citizen to space, the state-run Anadolu Agency reported.

The UAE Hope Probe reached Mars’ orbit Sept. 9. Hope launched in July and is the first Mars mission from the Middle East. The Emirates received considerable media attention and praise for the endeavor.

Turkey and the UAE are geopolitical rivals. They are on opposing sides on the Qatar diplomatic crisis, the Libyan civil war and energy exploration in the eastern Mediterranean, among other issues. Turkey is a strong ally of Qatar, while the UAE took Saudi Arabia’s side in the Gulf feud. In Libya, the UAE backs the Libyan National Army against Turkey’s ally the Government of National Accord. In the Mediterranean Sea, the UAE supports Greece and Cyprus in their dispute with Turkey over drilling rights.

In the Middle East, only Israel has successfully reached the moon’s orbit. Israel sent a small lunar lander to the moon in 2019, but it crashed on the surface.