The mission by the US and German space agencies seeks to enable future travel to Mars. 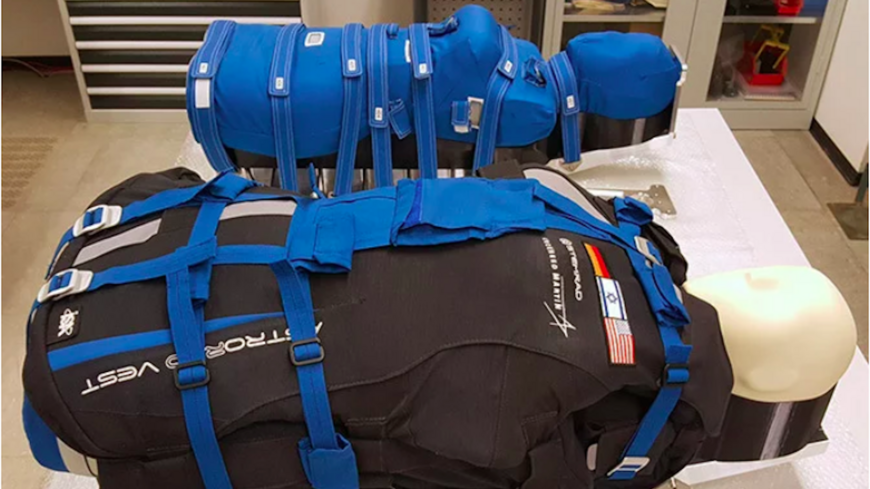 Israel’s space agency is collaborating with its US counterpart NASA for the Artemis I space mission that was set to launch today, but has now been delayed.

What it means: The Israel Space Agency and the German Aerospace Center are working with NASA on an experiment to investigate radiation exposure during the space flight. To this end, one manikin on the Artemis spacecraft will wear a vest — dubbed AstroRad and made by the Israeli-American company StemRad — to protect it from radiation. The torsos — nicknamed Zohar and Helga — were built to resemble the bones, tissues and organs in female humans, allowing the agencies to gauge the vest's effectiveness in protecting from radiation during space travel. The purpose of the overall mission is to one day enable humans to safely travel to Mars, the Israel Space Agency said in a press release.

Why it matters: Israel became the eighth country in the world to launch and positional a satellite in space in 1988. Its space sector has continued to develop since then. Israel's first astronaut Ilan Ramon died on the Columbia when it exploded in space. In 2019, Elon Musk’s SpaceX launched the Israeli-developed Beresheet spacecraft to the moon. Beresheet reached the moon's orbit, but then crashed on the lunar surface. Shortly after the crash, Israel's SpaceIL group, Israel's Space Authority and the Ramon Foundation announced they would continue to work on the project, hoping to launch Beresheet 2 in 2024.

There have been a few other Israeli space accomplishments this year. In April, Israeli military pilot Eytan Stibbe became the second Israeli ever to travel to space, and the first on a private expedition. This month, the Israeli space tech startup ASTERRA unveiled software that can detect lithium deposits under the Earth’s surface from outer space.

A spokesperson for the Israel Space Agency said that activities such as StemRad’s benefit the country as a whole, telling Al-Monitor, “The agency operates on the premise that all space-related activities contribute to the growth of the Israeli economy, to the country’s international standing and also benefit its citizens in terms of agriculture, communications, monitoring of environmental pollution and research.”

The agency expects more space-related innovation from Israel soon. The spokesperson added, “With the growing number of Israeli companies operating on the cutting edge of this field, we expect to see others that like StemRad, contribute to international collaboration on deep-space exploration.”