Where is the money? Erdogan feels the heat over foreign reserves drain

Turkey’s government goes on the defensive as the main opposition presses for answers on how the central bank ended up with negative reserves. 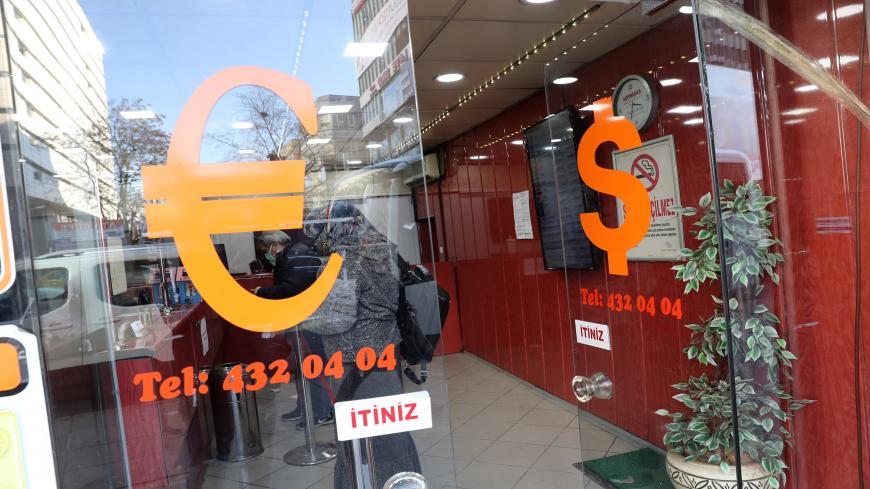 Turkey’s main opposition has mounted an emphatic campaign calling the government to account on why the central bank burnt through $128 billion in foreign reserves in “back-door” hard currency sales that began in early 2019, when President Recep Tayyip Erdogan’s son-in-law presided over the economy. The campaign has forced Erdogan on the defensive, raising a slew of questions about the legality of the sales and who benefitted the most from them.

The issue is grave not only because of the pathetic state of the central bank reserves today, but also the huge profiteering that might have taken place in the sales.

Back in July 2020, Al-Monitor reported that Turkey’s central bank had come to rely on “peg legs” to fix its reserve numbers after selling about $70 billion in foreign reserves via public banks amid the slump of the Turkish lira. The bank’s database shows that the sum reached $128 billion by Nov. 6, when Treasury and Finance Minister Berat Albayrak resigned under controversial circumstances. Albayrak, who is married to Erdogan’s eldest daughter, has been away from the public eye since then.

Hard currency transactions to ensure market stability are part of the job of central banks but, needless to say, they require transparency. The records of the Turkish central bank’s buying and selling auctions until 2016 are available on the bank’s website. In contrast, the sales that began in February 2019 have been opaque and indirect — via the treasury and public banks — or “through the back door,” as some economists describe them.

Questions over the sales increased after the central bank’s new governor, Naci Agbal, assumed his post in November. Durmus Yilmaz, a former central bank governor who is now a lawmaker for the opposition Good Party, could not hide his dismay during a parliamentary session in December. “I worked at the central bank for 35 years. I’ve seen hard currency shortages and even foreign reserves next to zero, but never have I seen or heard of negative reserves,” he said. The bank has to shed light on its foreign exchange sales, he urged, calling on Agbal to conduct a retrospective inspection. “Who made the decision for those sales? How much foreign exchange was sold? To which parties and at what price?” he asked, but his questions remained unanswered.

The issue flared up anew in mid-February as the main opposition Republican People’s Party (CHP) launched a campaign on social media, titled, “Where is the son-in-law? Where are the $128 billion?”

The campaign has reverberated strongly with the public, forcing Erdogan on the defensive. Speaking at a gathering of his party Feb. 22, Erdogan argued that the central bank’s foreign reserves had actually increased under his 18-year rule, reaching $132 billion at one point and standing at $95 billion at present. He went on to praise Albayrak, crediting him with steps of “historical importance” to strengthen the Turkish economy. Albayrak’s replacement, Lutfi Elvan, was also quick to defend his predecessor, denouncing the CHP’s “unfair and base discourse” against him.

Still, the sales remain dubious and require judicial action to ascertain their legality. Moreover, suspicions are rife that the sales — conducted through means other than transparent auctions — have resulted in huge gains for some buyers. How? By selling them dollars below the market price. If a dollar was sold for 6.5 Turkish liras while the market price was 7.5 liras, for instance, a one-lira advantage per dollar would mean a profiteering of 128 billion liras ($17.75 billion) in total.

According to Kerem Alkin, an economist close to Erdogan, “The reserves have not vanished, as some raucous economists claim — they have simply changed place.” In a recent article in the pro-government daily Sabah, Alkin tacitly acknowledges that big companies indebted in hard currency were among the buyers, writing that “the $26 billion increase in the real sector’s foreign exchange assets in 2019 and 2020 originated directly from central bank reserves.” As previously reported in Al-Monitor, the Turkish companies with foreign exchange deficits are mostly businesses close to the government involved in Ankara’s so-called megaprojects, many of which have hit financial dire straits.

To make up for the massive gap created by the sales, the central bank resorted to short-term borrowing through currency swaps, putting borrowed funds in the place of reserves.

As of Feb. 15, the bank’s gross reserves stood at about $95 billion, as Erdogan said. Yet $82 billion or 85% of that sum comes from foreign exchange that banks have deposited in the central bank under legal obligations. Thus, the net reserves amount to only $13.4 billion. Moreover, the central bank is saddled with swap liabilities of $58 billion, which do not figure in its balance sheet but in another accounting rubric. Ultimately, the central bank has no real reserves but a negative reserve of $45 billion. Its swap liabilities include $16 billion in funds secured from Qatar and China.

The government will struggle to suppress the debate over the $128 billion drain, with the opposition bound to make it an election issue down the road. And the precarious state of reserves will hardly help Ankara’s efforts to regain the confidence of foreign financiers and investors.