There are fears of a new military operation near al-Bab in Aleppo countryside, after the Syrian regime forces and their allied militias positioned there received fresh military reinforcements. 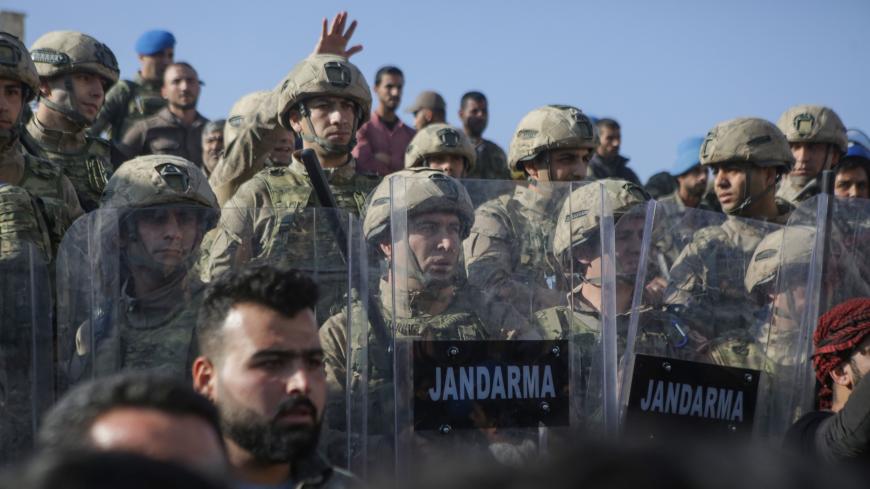 Turkish forces stand guard as Syrians rally against the Turkish presence in northern Syria on Nov. 17, 2019 in the town of al-Bab in Syria's northern Aleppo governorate. Turkey and its Syrian proxies control several pockets of territory on the Syrian side of the border as a result of successive incursions in 2016-17, 2018 and 2019.

“We affirm that the Free Syrian Army [FSA] is fully prepared to duly retaliate against any attacks on the liberated areas once they occur,” Idris said in a statement published by the Turkish-backed FSA's directorate of moral guidance.

Idris’ statement came only a few days after the Syrian regime forces and their allied militias dispatched military reinforcements to the fronts with the FSA around the city of al-Bab, in the northeastern Aleppo countryside.

Since mid-February, the regime forces have been bringing military reinforcements to the areas under their control south of al-Bab city. Military convoys carrying military equipment, including tanks, artillery and rocket launchers, have been flooding into the area.

Maj. Yusuf Hammoud, spokesman for the FSA-affiliated Syrian National Army, told Al-Monitor, “The regime forces brought military reinforcements to Oweishiyeh, a village in the south of al-Bab. In parallel, the regime forces’ heavy vehicles were seen moving on the demarcation lines separating the FSA-held areas and regime-held areas near al-Bab.”

Hammoud downplayed the risks arising from the military mobilization on the fronts, saying, “These reinforcements were not necessarily deployed in preparation for a new military action against al-Bab and Aleppo’s countryside. They could be aimed at beefing up the regime's defenses in the area.”

Al-Farooq Abu Bakr, deputy commander of the FSA's Al-Motassem Brigade, told Al-Monitor, “The regime forces’ military reinforcements already arrived at the fronts near al-Bab, and were deployed in several positions near the demarcation lines. We still don’t know what the fresh regime forces on the lines intend to do later. Yet we are prepared for all possible scenarios.”

Idris told Al-Monitor, “The FSA is ready for all possible scenarios, including a retaliation against any military operation the regime launches in the area. There is ongoing communication with the commanders of the various FSA factions, which are stationed on the demarcation lines. We are closely monitoring the situation. There are also continuous consultations and coordination with the commanders at the various levels. The preparations of the FSA are uninterrupted.”

Mustafa Sejari, director of the political bureau of Al-Motassem Brigade, had previously warned against a possible military operation by the regime forces on al-Bab. Sejari's Jan. 2 remarks had sparked a debate over the timing of the regime offensive among the opposition’s ranks.

On Feb. 19, the FSA intercepted an attempt by the regime forces to infiltrate its posts near al-Bab. The incident is another indicator that a large-scale military operation toward al-Bab is possible. The regime deployment near al-Bab coincided with the 15th round of the Astana process for Syria held in the presence of the three guarantor states — Turkey, Russia, and Iran — Feb. 17 in Sochi, Russia.

The military and political developments taking place simultaneously has raised concerns among civilians in al-Bab and all of the FSA-held areas in Aleppo’s countryside. They fear an undeclared Russian-Turkish understanding on the regime’s advances toward al-Bab.

Col. Mustafa Bakkour, a military analyst based in Idlib, told Al-Monitor, “In my opinion, no military action in any part of Syria is possible without a prior Russian-Turkish understanding. The guarantor states have not issued so far any statement regarding the recent movements in al-Bab. We are, however, used to such unannounced understandings, but their implications are being witnessed on the ground.”

Some in Aleppo’s countryside rule out the possibility that Turkey easily gives up al-Bab, considering that Ankara provides the city with aid to improve services in the education, health and other sectors. They believe that it is unlikely that Turkey and Russia reached an understanding on a military operation by the regime toward al-Bab.

Bilal Sattouf, a political science researcher based in Azaz in Aleppo’s countryside, said he doesn’t believe that “the military reinforcements near al-Bab are a prelude to a regime military operation to take control over the city or advance toward the FSA-held areas in the Aleppo countryside.”

He told Al-Monitor, “The regime may be bringing reinforcements to the area to conduct military changes and reposition their forces near the fronts. It could also be part of Russian efforts to control the front lines with the FSA and put an end to smuggling corridors.” 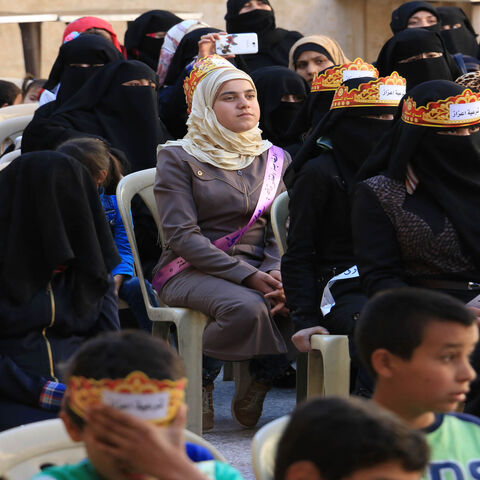