Kuwait hosted delegations from the two countries more than a month after Saudi Arabia and its allies agreed to end their blockade on Qatar. 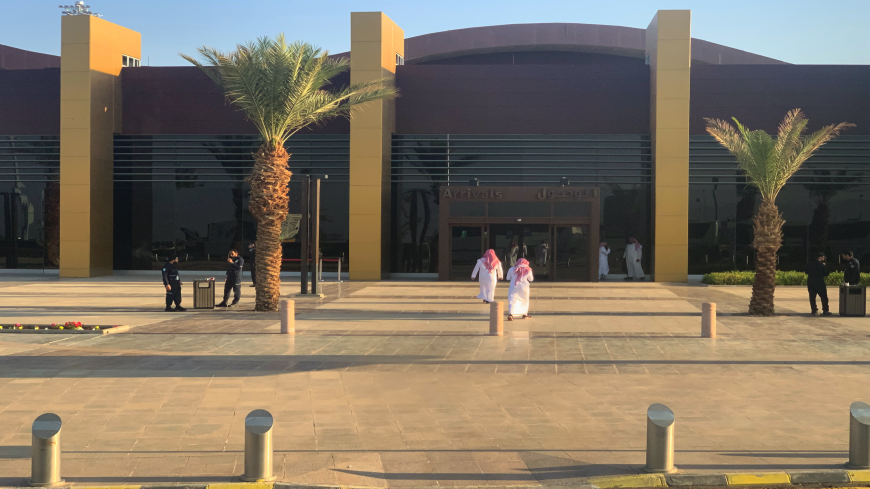 A general view taken on Jan. 5, 2021, shows the airport in the Saudi city of Al-Ula upon the arrival of journalists and delegates to cover the Gulf Cooperation Council (GCC) summit, as the diplomatic row that has split the Gulf since 2017, pitting regional power Saudi Arabia and its allies against gas-rich Qatar, is set to thaw as leaders of the six Gulf nations meet. - FAYEZ NURELDINE/AFP via Getty Images

Kuwait hosted officials from Qatar and the United Arab Emirates on Monday in their first such meeting since the Gulf states ended their yearslong rift with Doha, the Emirati state news agency reported.

Saudi Arabia and its allies Bahrain, the UAE and Egypt severed ties with gas-rich Qatar in June 2017, accusing their neighbor of funding terrorism and growing too close to Iran and Turkey.

Doha denies supporting terrorist groups but admits to backing Islamist movements including Egypt’s outlawed Muslim Brotherhood. Qatar, a tiny peninsula in the Persian Gulf, refused to comply with the Quartet’s 13 conditions for lifting the blockade, which included cutting ties with Tehran and shutting down the Qatari-funded Al Jazeera TV network.

After more than three years of Qatar’s diplomatic and economic isolation, the Saud-led bloc reached a “solidarity and stability” pact with Doha during the annual summit of the six-member Gulf Cooperation Council, which was held in the Saudi desert city of Al-Ula in January.

According to the Emirati state news agency WAM, the Emirati and Qatari delegations in Kuwait on Monday “discussed joint mechanisms and procedures for implementing the Al-Ula statement.”

“They emphasized the importance of preserving Gulf kinship and developing joint Gulf action in the interest of GCC countries and their citizens, and of achieving stability and prosperity in the region,” WAM said, without specifying who from each country was in attendance.

The agency said the two delegations praised Riyadh for hosting the January summit and thanked Kuwait for its mediation efforts.

Since restoring ties, Abu Dhabi-based Etihad Airways has announced the resumption of flights to Doha, and Qatar Airways is now flying to Abu Dhabi and Dubai. In early January, the UAE opened its air, sea and land ports to Qatar.