The two received the nomination for their work on Israel’s normalization deals with Arab states. An activist from Western Sahara was also nominated. 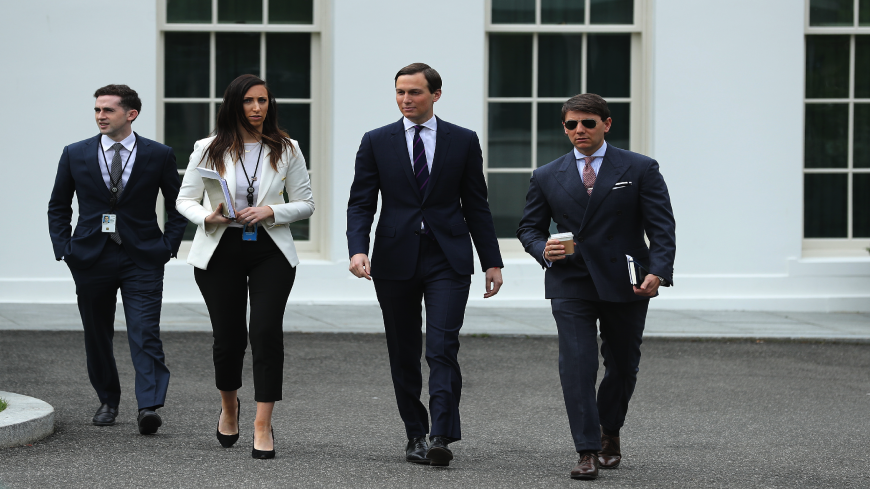 Jared Kushner and Avi Berkowitz, who worked on Israel’s normalization agreements with Arab states for former President Donald Trump, have been nominated for the Nobel Peace Prize.

Kushner served as a senior White House adviser and Berkowitz as Trump’s special representative for international negotiations. They left their positions when Joe Biden succeeded Trump as president on Jan. 20. Kushner is also Trump’s son-in-law.

The two were nominated on Sunday for their roles in last year’s Arab-Israeli normalization agreements by prominent US attorney Alan Dershowitz, Reuters reported. Dershowitz is a vocal Israel supporter and frequent commentator on US politics. He was able to make a nomination due to his status as a professor emeritus of Harvard Law School, according to the outlet.

Kushner and Berkowitz were heavily involved in the US-brokered Abraham Accords that constituted the first establishment of diplomatic relations between Israel and Arab states since the 1990s. The September agreement resulted in Israel normalizing its ties with the United Arab Emirates and Bahrain.

Israel has since opened an embassy in the UAE and signed a series of cooperation agreements with both states.

The agreements were significant because most states in the Middle East and North Africa do not recognize Israel. Before the United Arab Emirates and Bahrain, only Jordan and Egypt had full diplomatic relations with Israel in the region. Israel’s lack of diplomatic recognition relates to the ongoing Israeli-Palestinian conflict.

Kushner and Berkowitz were not the only people working on regional issues to be nominated. Aminatou Haidar, an activist supporting the independence of Western Sahara from Morocco, also received a nomination, according to Reuters.

Relatedly, the United States agreed to recognize Morocco’s sovereignty claims in Western Sahara as part of the Israel-Morocco deal. Many Western Saharans and much of the international community consider the territory occupied by Morocco.

Kushner and Berkowitz are not the first people to receive a Nobel nomination related to the Abraham Accords. A right-wing Norwegian parliamentarian nominated Trump for the prize in September, citing the historic agreement.

The Nobel Peace Prize is a prestigious award selected by the Norwegian Nobel Committee. It is awarded to individuals or entities who further international peace. The next winner will be announced in October following a lengthy selection process.

There is precedent for awarding the prize to people working on Middle Eastern diplomatic issues. Then-Israeli Prime Minister Yitzhak Rabin, Israeli President Shimon Peres and Palestinian leader Yasser Arafat received the prize in 1994 for the Oslo Accord.