Senior Trump administration adviser Jared Kushner will lead a US and Israeli delegation to Morocco next week. 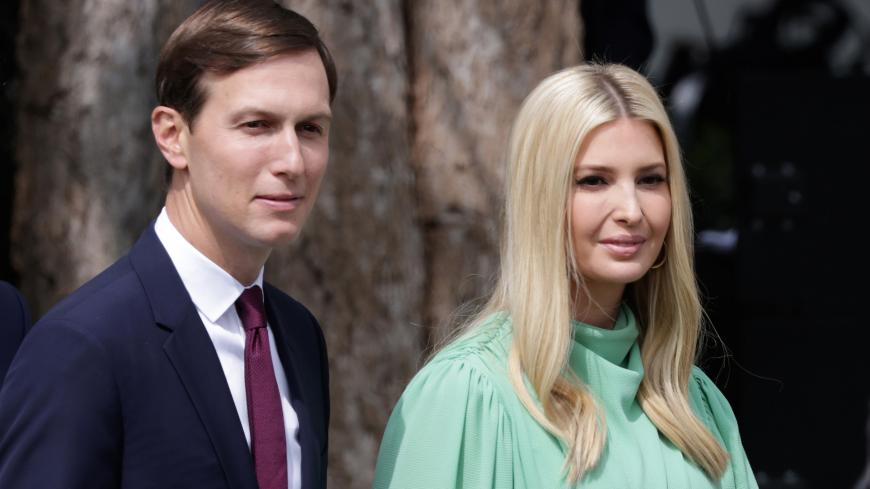 Special adviser to the president Jared Kushner (L) and Ivanka Trump arrive at the signing ceremony of the Abraham Accords on the South Lawn of the White House, Sept. 15, 2020, in Washington. - Alex Wong/Getty Images

White House adviser Jared Kushner will travel to Israel and Morocco next week. His visit comes on the heels of the two countries' agreeing to establish relations.

Kushner, who is also US President Donald Trump’s son-in-law, will arrive in Israel on Monday and meet with Prime Minister Benjamin Netanyahu. The next day he will fly via Israel’s El Al from Tel Aviv to Rabat with a US and Israeli delegation, Reuters reported.

Morocco followed the United Arab Emirates, Bahrain and Sudan in agreeing to recognize the Jewish state. The Trump administration brokered the agreements. The administration has continued to seek normalization deals between Israel and states in the Middle East and North Africa following Trump’s loss to Joe Biden in the US presidential election.

Kushner will be joined by the US international negotiations special representative, Avi Berkowitz, and the head of the US International Development Finance Corporation, Adam Boehler, according to Reuters. Berkowitz and Boehler likewise joined Kushner on his trip to Saudi Arabia and Qatar this month.

Israel signed a variety of economic agreements with the United Arab Emirates and Bahrain following the normalization. Israel and Morocco could soon do the same upon Kushner’s visit.