A right-wing Norwegian politician made the nomination, but Trump is not necessarily likely to win it. 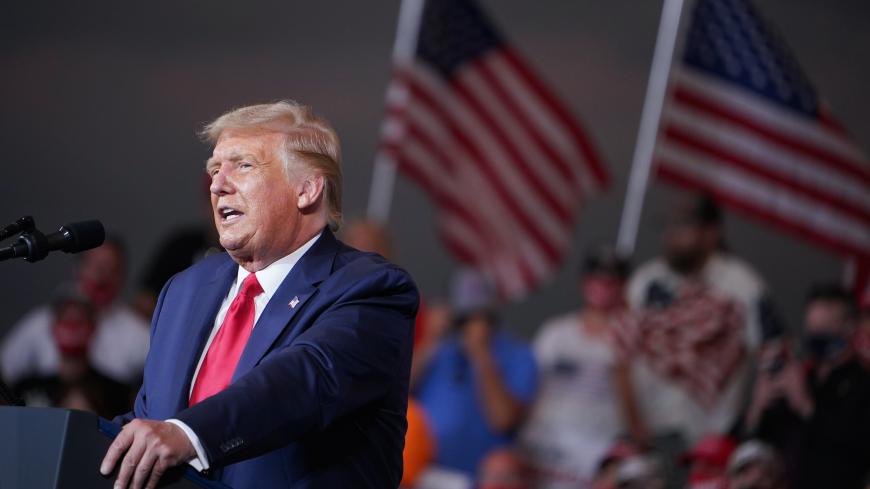 US President Donald Trump addresses supporters during a campaign rally at Smith-Reynolds Regional Airport in Winston-Salem, North Carolina, on Sept. 8, 2020.

A right-wing Norwegian lawmaker nominated US President Donald Trump for the Nobel Peace Prize for helping broker the recent agreement between Israel and the United Arab Emirates (UAE).

Christian Tybring-Gjedde, of the right-wing Progress Party, nominated Trump for the 2021 prize, The Associated Press reported on Wednesday. Any member of parliament in a national legislature can nominate someone for the award.

Israel and the UAE agreed on Aug. 13 to establish full diplomatic relations. Ties between the two countries had been warming for years, as had Israel’s relations with other Gulf countries like Saudi Arabia.

The United States brokered the deal. Israeli and Emirati delegations will visit the White House next week to formally sign an agreement on normalizing ties.

The agreement is significant because the UAE is only the third Arab nation to recognize Israel, after Egypt and Jordan. The UAE is the first country in the oil-rich Gulf to fully normalize its relations with Israel.

The United States hopes more countries in the region will follow the Emirates in recognizing Israel, though none have done so yet. Kosovo, a mostly Muslim country in Eastern Europe, announced it intended to recognize the Jewish state following the UAE decision.

Some observers, like the left-wing Israeli news outlet Haaretz, have criticized the framing of the Israel-UAE agreement as a “peace” deal. Jordan and Egypt fought multiple wars with Israel before agreeing to establish relations. The UAE has not fought Israel.

Tybring-Gjedde is critical of immigration and the European Union, making him a natural fan of Trump. He also studied in the United States and is supportive of Israel. European lawmakers are often divided on the issue of the Israeli-Palestinian conflict. Various boycotts of Israel are popular among segments of the European left.

The Norwegian Nobel Committee selects the winner of each year’s Nobel Peace Prize. There is precedent for awarding the prize to both US presidents and leaders who worked to resolve the Arab-Israeli conflict. Former US President Barack Obama won the prize in 2009, despite being less than a year into his presidency. Israeli Prime Minister Menachem Begin and Egyptian President Anwar Sadat won in 1978 following their peace agreement.

Trump is not at all a lock to win the prize. His popularity is low around the world, including in Europe.