The United Arab Emirates and Israel agreed to establish relations in late August. The UAE is only the third country in the Arab world to recognize Israel, and Donald Trump is talking up the issue during the US elections. 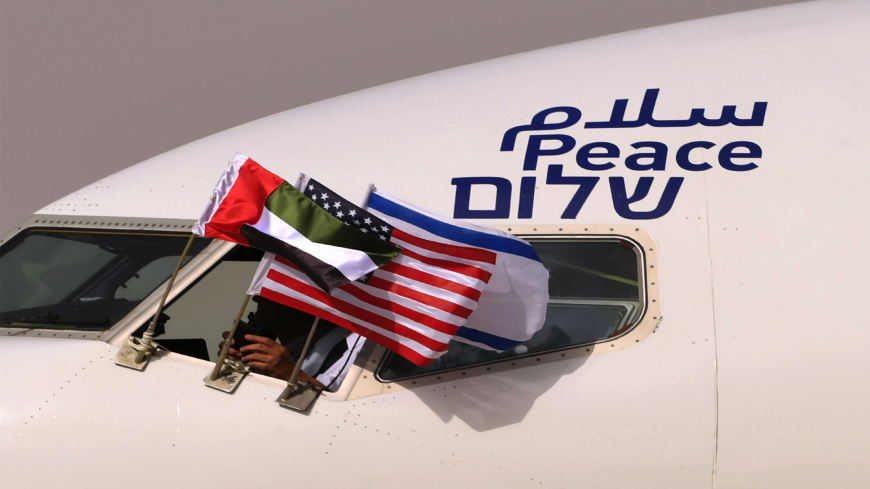 The Emirati, Israeli and US flags are picture attached to an airplane of Israel's El Al, adorned with the word "peace" in Arabic, English and Hebrew, upon its arrival at the Abu Dhabi airport in the first-ever commercial flight from Israel to the UAE, on Aug. 31, 2020. - KARIM SAHIB/AFP via Getty Images)

Israel and the United Arab Emirates (UAE) will officially sign an agreement establishing relations at the White House next week.

Israeli Prime Minister Benjamin Netanyahu said in a tweet on Tuesday that he will travel to Washington after being invited by US President Donald Trump to the ceremony. UAE Foreign Minister Abdullah bin Zayed Al Nahyan will also attend, and the event will take place on Sept. 15, Reuters reported.

The historic deal has had ripple effects throughout the wider region. Bahrain and Saudi Arabia have both agreed to allow flights from Israel to utilize their airspace to travel to the UAE, though both countries have yet to follow the UAE in officially recognizing Israel.

Last week, Serbia and Kosovo agreed to move their embassies to Jerusalem. Kosovo is the first Muslim-majority country to move its embassy to Jerusalem — a city that has religious significance for Jews, Christians and Muslims. Most of the international community recognizes Tel Aviv as the capital of Israel, but some countries have recognized Israel’s capital as Jerusalem after the United States did so in 2017.

The United States has been lobbying other countries in the Middle East and Africa, including Sudan, to normalize ties with Israel following the UAE’s decision. No other countries have agreed to do so yet.

Having the Israel-UAE ceremony at the White House could bolster Trump’s foreign policy credentials as the US presidential election in November nears. The president talked up the deal at the Republican Party convention last month. Supporting Israel plays well with some Jewish and evangelical Christian voters, though some Jewish groups are now critical of US support to Israel.