The Arrow 4 is set to replace the high-altitude Arrow 2 in the coming decades. 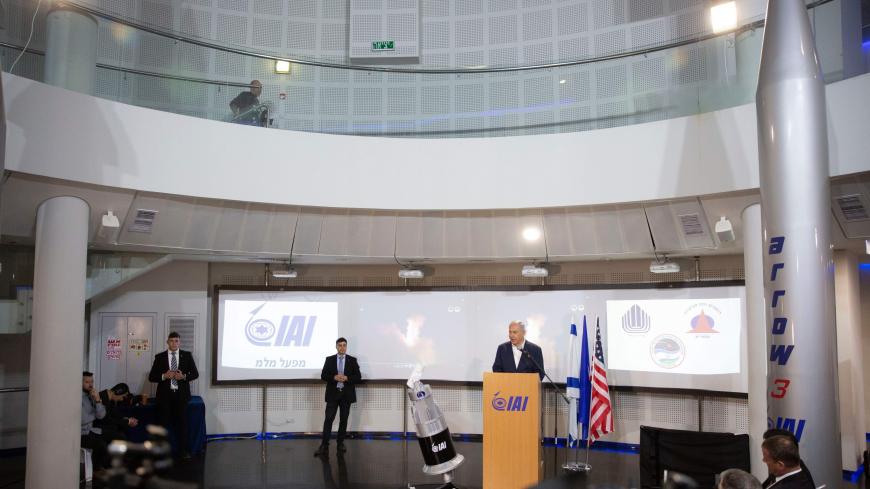 Israel and the United States have begun work on a new ballistic missile defense interceptor, the Arrow 4, amid heightened tensions in recent years over Iran’s increased missile capabilities.

The Arrow 4 will be the latest of the two country’s jointly developed ballistic missile interceptors, and is set to replace Arrow 2 in the coming decades, the US Missile Defense Agency announced Thursday. Meanwhile, the Arrow 3 will remain Israel’s highest-altitude interceptor, designed to knock down missiles beyond earth’s atmosphere in space.

Israeli Defense Minister Benny Gantz said in a statement that the Arrow 4’s development “will result in a technological and operational leap forward, preparing us for the future battlefield and evolving threats in the Middle East and beyond.”

Moshe Patel, the director of the Israeli Missile Defense Organization, said in a statement that cooperation on the new project begins 30 years after Saddam Hussein’s government in Iraq fired dozens of Scud missiles at Israel amid the Gulf War, prompting Israel to establish the organization.

“Arrow 4 will have unprecedented flight and interception capabilities, ensuring the security of the state of Israel,” Patel said.

The Arrow systems cover the highest altitudes of Israel’s missile defense arsenal, which also includes the Iron Dome and David’s Sling systems. The announcement of the Arrow’s latest system comes after the Israeli Defense Ministry hailed the success of the country’s first-ever multilayered missile defense test in December.

Preliminary designs for the Arrow 4 originated in 2017 as the Missile Defense Organization sought to expand the capabilities of the Arrow 2. Israel Aerospace Industries was announced Thursday as the new system’s primary contractor. The unveiling comes just a day after US President Joe Biden spoke with Israeli Prime Minister Benjamin Netanyahu by phone.

Iran possesses the largest ballistic missile arsenal in the Middle East. While Tehran initially relied on past technology from North Korea and China, it has continued to develop its own projectiles in recent years.

Both US and UN officials have said there is evidence that Iran has transferred some of that technology to proxy forces in the region, such as the Houthis in Yemen and local militias in Iraq and Syria. Iran’s expanded arsenal has raised concerns over the past several years among officials in Israel and Washington about the Islamic Republic’s ability to strike targets across the Middle East.

The Trump administration sought to push Gulf countries to cooperate on collective defense in the region to deter against Iranian attacks, such as the 2019 drone and cruise-missile strike on Saudi Arabia’s Abqaiq and Khurais oil facilities.

US officials have seen that objective as more realistic since the United Arab Emirates and Bahrain signed agreements normalizing ties with Israel last year in an initiative dubbed the Abraham Accords by the Trump administration.

The Israeli government has discussed the possibility of exporting its missile defense systems to friendly Arab neighbors, Patel said in December, though transfer of that technology would require US approval.

The Biden administration is seeking to rejoin the original 2015 nuclear deal with Iran, which the Trump administration abandoned in favor of a campaign of unilateral sanctions on Tehran with aims to roll back its influence in the Middle East. In response, Iran has incrementally increased its nuclear fuel enrichment in violation of the agreement, and is threatening to restrict UN inspectors' access if sanctions are not relieved by Sunday.