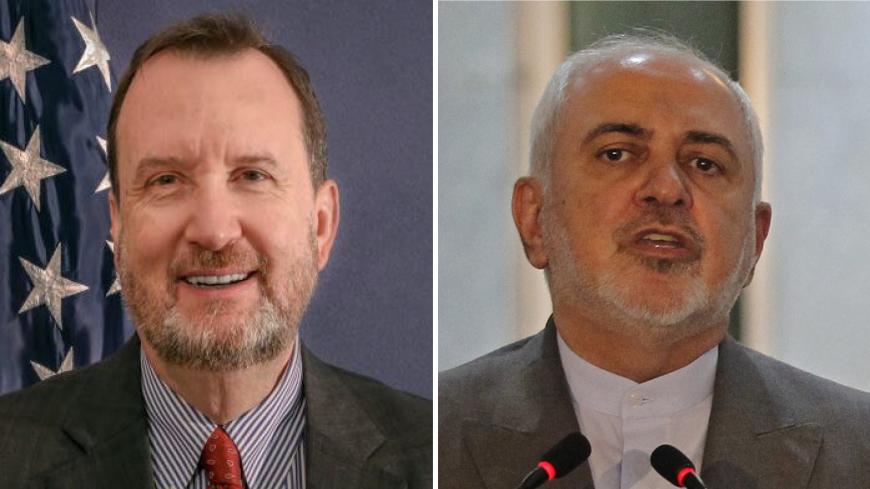 Iran repeated its call for the United States to lift all sanctions, a day after the Biden administration revoked former President Donald Trump's position on so-called snapback sanctions and announced it was willing to sit down with Iran and other parties to the nuclear deal.

In September, the Trump administration tried to reinstate international sanctions on Iran by filing a formal complaint with the UN Security Council, accusing Iran of breaching its obligations under the same nuclear deal that Washington withdrew from in 2018.

Critics argued the United States lacked the legal authority to trigger the sanctions under UN Security Council Resolution 2231 because it was no longer a participant in nuclear deal, formally known as the Joint Comprehensive Plan of Action (JCPOA).

On Thursday, acting US Ambassador to the UN Richard Mills submitted a letter to the 15-member council rescinding the prior administration’s position on snapback sanctions. In addition, Mills rolled back the domestic travel restrictions the Trump administration had placed on diplomats at the Iranian mission to the United Nations.

“The Trump Administration created leverage for President Biden on Iran — we should not squander that,” McCaul said in a statement Thursday.

On a call with reporters, a senior State Department official characterized the US steps as “concessions for common sense” aimed at “removing gratuitous counterproductive obstacles to diplomacy.”

President Joe Biden wants to rejoin the 2015 accord, which offered sanctions relief in exchange for curbs on Iran’s nuclear program, as a starting point for follow-on negotiations aimed at crafting a stronger deal. But Iran and the United States are at a standoff over who should make the first move, with the Biden administration insisting Tehran return to full compliance under the JCPOA before the United States lifts sanctions.

Zarif reiterated the Iranian position Friday, tweeting that after sanctions are lifted, “We will then immediately reverse all remedial measures. Simple.”

His comments follow a Biden administration announcement Thursday that it would accept an invitation from the European Union to attend a meeting of the P5+1 and Iran to discuss a path forward on the nuclear issue. The P5+1 is the Security Council's five permanent members (China, France, Russia, the United Kingdom and the United States) plus Germany.

No such meeting has been scheduled, State Department officials said, and Iran has yet to say whether it would attend a gathering of the P5+1. Were a meeting to happen, Rob Malley, Biden’s special envoy to Iran, would represent the United States, officials said.

Iran, which has steadily violated its obligations under the JCPOA since 2019, is threatening to ban snap nuclear inspections conducted by the UN's nuclear watchdog, the International Atomic Energy Agency (IAEA), if the United States doesn’t reverse sanctions by Tuesday.

US Secretary of State Antony Blinken met with European allies in the so-called E3 grouping of the United Kingdom, France and Germany to discuss ways to salvage the agreement. In a statement following the meeting Thursday, Blinken and the foreign ministers called on Iran not to take any additional steps to limit inspector access.

“The E3 and the United States are united in underlining the dangerous nature of a decision to limit IAEA access, and urge Iran to consider the consequences of such grave action, particularly at this time of renewed diplomatic opportunity,” read a joint statement.

Blinken said recently that public reports indicate Iran’s “breakout time” — the time it would take to amass the amount of fissile material needed to build a nuclear weapon — has been reduced to a few months. He warned that figure could drop to “a matter of weeks” if Iran continues lifting nuclear restraints in violation of the JCPOA.