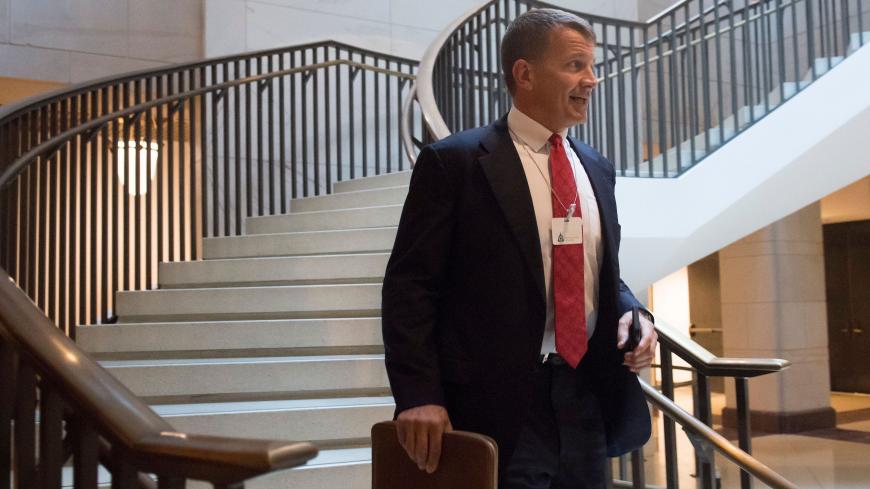 Blackwater founder and prominent Donald Trump campaign donor Erik Prince is accused of violating the United Nations’ arms embargo on Libya by working with a team of mercenaries to obtain military hardware to aid the offensive of rogue leader Khalifa Hifter in 2019, according to a UN report.

Prince, a former Navy SEAL and brother of former US Secretary of Education Betsy Devos, allegedly ran an $80 million scheme that involved delivering two armed gunboats, three attack helicopters and at least one military drone to Libya in 2019, as well as potential plans to create an assassination team to kill certain Libyan military commanders.

The UN investigators’ findings were first reported by the New York Times.

Prince denied the allegations in an interview with the New York Times on Sunday. “Erik Prince didn’t breach any arms embargo and had nothing to do with sending aircraft, drones, arms or people to Libya — period,” he said.

According to the report, Christiaan Durrant, a former business partner and friend of Prince’s, traveled to Amman to purchase three US-made AH-1F Cobra helicopter gunships from the Jordanian government. The team also obtained electronic warfare equipment to jam enemy communications and a mobile command center.

The Cobras were packed in shipping containers and ready to be loaded onto Russian-built cargo planes before other Jordanian authorities intervened, blocking the transfer. Amman requires US government permission to resell American-made military hardware, and no formal permission had been granted, according to the UN investigation.

Members of the mercenary team reportedly told Jordanian authorities that they had received a green light from the highest levels of the US government, but calls placed to Washington did not support that assertion, the UN report said.

Durrant also called the White House several times as the plan fell apart, according to the newspaper.

Prince also intervened on behalf of the mercenary team, calling Jordanian officials with requests that the helicopters be handed over. Members of the group then discussed seeking gunships elsewhere, but raised concerns that doing so would entail “considerable legal risk” and that option was “beyond the scope of the agreed contract.”

Durrant denied to the Washington Post last week that he or his colleagues ever claimed the attempted acquisition had received US government permission, calling the UN report “totally false in every part.”

UN investigators suspect they were to be used to provide air cover for Hifter’s offensive against the UN-backed government in Tripoli, according to the report. But the mercenaries’ failure to obtain the helicopters ultimately scuttled the mission. Hifter reportedly reacted angrily to the team’s inability to provide the promised air cover for his operation.

According to the Washington Post, the plan was then called off and a team of some 20 Western military veterans from South Africa, Australia, the United Kingdom and at least one American — a pilot — fled Libya for Malta.

Prince’s suspected ties to the aborted mercenary operation were previously reported by the New York Times and Rolling Stone.

Among the mercenary team’s missions in Benghazi was deploying strike teams in inflatable, rigid-hulled gunboats to prevent Turkey from delivering weapons into the conflict on the side of the Tripoli-based Government of National Accord.

The reports raise serious questions about whether Prince’s alleged activities were sanctioned by the Trump administration.

Hifter, a former CIA asset who previously resided in Virginia, reportedly approved the proposal for Western-trained military personnel to aid his offensive against Tripoli. Among the proposals was one to deploy an assassination squad to take out western Libyan political and military leaders.

The mercenaries’ self-styled “Opus Team” was backed by two companies headquartered in Dubai, in the United Arab Emirates: Lancaster6 and Opus Capital Assets.

Durrant, a former pilot with the Australian Air Force, reportedly leads Lancaster6 and holds senior positions at Opus Capital Assets. He has denied involvement in the Libya mercenary operation, claiming instead to UN investigators that he partook in plans to set up a “logistics hub” in Libya for providing private protection for petroleum and gas facilities.

UN investigators’ accusations could leave Prince and his colleagues open to international sanctions. The international body’s arms embargo on Libya, in place since February 2011, forbids the transfer of military hardware into and out of the North African country.

Libya has been in a state of sporadic civil war since a popular uprising backed by NATO overthrew longtime dictator Moammar al-Gadhafi.

After slowly capturing nearly all of Libya’s east and oil-rich south, Hifter, a former colonel in Gadhafi’s army, launched a surprise offensive to take the UN-recognized government’s final stronghold at Tripoli.

The Trump White House also appeared to tacitly support the offensive in a statement shortly after it began.

But the assault drew greater Turkish military intervention, including weapons and mercenaries from the battlefields of Syria’s civil war. It led Russia to send additional Wagner mercenaries on behalf of Hifter, leading the United States to push for a cease-fire as the Kremlin was poised to increase its military presence on the Mediterranean.

The US Defense Intelligence Agency reported that the UAE, which provides funds for Hifter’s war effort, has also financed at least some of Wagner’s operations in Libya.

Libya’s cease-fire has held so far, though progress toward a political solution remains slow. Russia, Turkey and the United Arab Emirates have shown no sign of pulling foreign fighters from the country, despite a UN deadline last month.