A United Nations panel of experts accused several member states, including Turkey and Russia, of fueling the Libyan conflict. 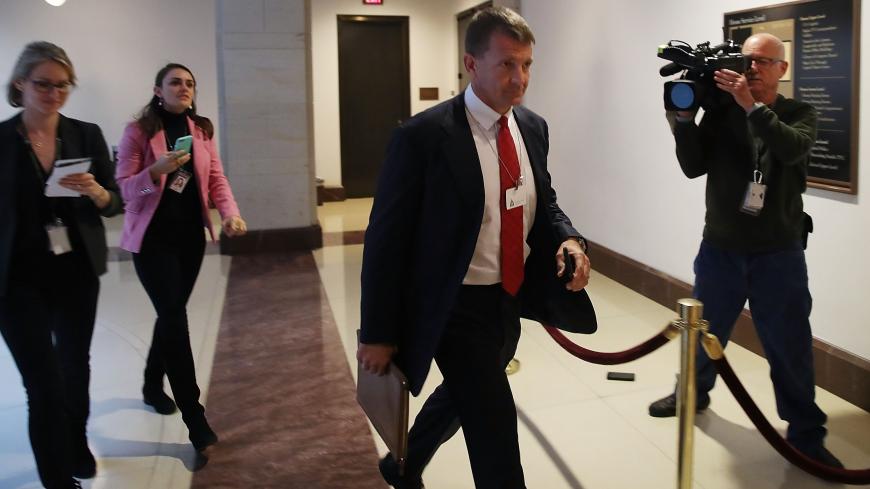 Erik Prince, the founder of Blackwater USA, arrives to appear before a closed-door session of the House Intelligence Committee on Capitol Hill, Nov, 30, 2017 in Washington. - Mark Wilson/Getty Images

Libya’s arms embargo has been “totally ineffective,” a panel of United Nations experts said in a report Tuesday describing UN member states' violations as "extensive, blatant and with complete disregard for the sanctions measures."

The 550-page report, which covered October 2019 through late January 2020, blasted several UN member states for violating the UN arms embargo that has been in place since the uprising that toppled longtime dictator Moammar Gadhafi in 2011.

"Their control of the entire supply chain complicates detection, disruption or interdiction ...  [making] any implementation of the arms embargo more difficult,” the report said.

Libya is embroiled in a proxy war between two rival administrations, each backed by foreign governments that have flooded the country with arms and mercenaries. The report lists violations from the United Arab Emirates, Egypt, Jordan and Russia, which support Gen. Khalifa Hifter’s self-styled Libyan National Army, and violations from Turkey and Qatar, which back the internationally recognized Government of National Accord.

The six UN experts concluded that asset freezes and travel bans against designated individuals are an ineffective way to deter violations of the arms embargo. They recommended the UN Security Council consider a mandate to “designate aircraft, and impose measures such as flag deregistration, a landing ban and an overflight ban across Libya.”

A cease-fire reached by the Libyan National Army and the Government of National Accord in October called for the withdrawal of foreign fighters, but as of December, the UN estimated at least 20,000 foreign fighters and mercenaries were still present in the North African country. Last week, the UN Security Council again called on outside actors in Libya to withdraw their forces “without delay.”

The UN panel said Turkey’s introduction of advanced military technology in the conflict ultimately turned the tide in Tripoli and helped the Government of National Accord drive Hifter’s forces from the city in June 2020. The report also said Hifter’s side had enlisted fighters from Sudan and Chad, and in 2019 was supplied aircraft by Prince, a former Navy SEAL and associate of former President Donald Trump.

Prince, whose sister, Betsy Devos, was Trump’s education secretary, has previously denied violating the arms embargo in Libya. The Wall Street Journal reported that the latest UN report could result in UN sanctions on Prince, including an asset freeze or travel ban.

The UN report also named the Wagner Group, which the experts said “acted as an effective force multiplier” for Hifter, deploying between 800 and 1,200 operatives to Libya in 2019 and 2020. The shadowy Russian paramilitary group is linked to wealthy businessman Yevgeny Prigozhin, a US-sanctioned member of Russian President Vladimir Putin’s inner circle.

The UN report said a significant number of Syrian fighters is “further exacerbating insecurity within Libya.” As many as 13,000 Syrians, including 250 minors, were enlisted to fight by the Government of National Accord and the Wagner Group, the report said.