Biden to end US support for offensive operations in Yemen 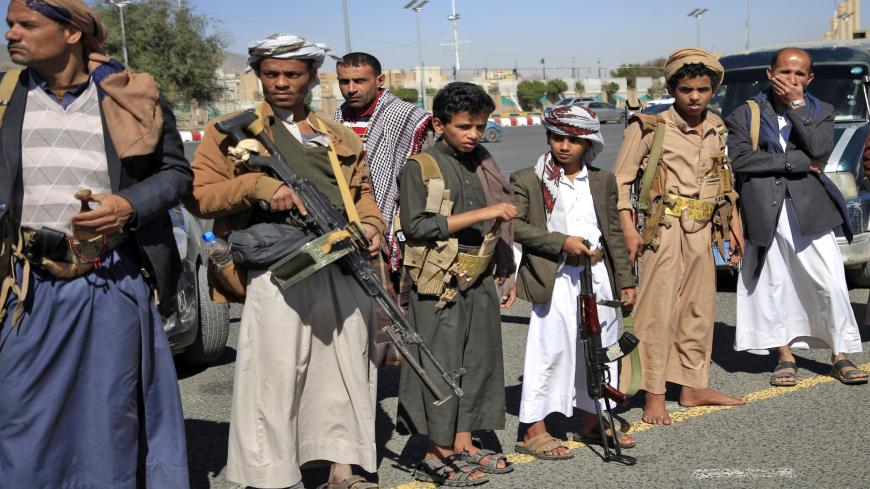 Yemeni tribesmen attend a rally denouncing the United States and the outgoing Trump administration's decision to apply the "terrorist" designation to the Iran-backed movement, in the Houthi-held capital Sanaa, Yemen, Feb. 4, 2021. - Mohammed Huwais/AFP via Getty Images

President Joe Biden is cutting off US support for “offensive operations” in Yemen and appointing a special envoy to push for a diplomatic solution to end the six-year civil war.

“This war has to end. To underscore our commitment, we're ending all American support for offensive operations for the war in Yemen, including relevant arms sales,” Biden said during a speech delivered at the State Department on Thursday.

In keeping with a campaign pledge, Biden said the US would be taking a more active role in ending the conflict and as part of those efforts, he named career diplomat Timothy Lenderking as special envoy to Yemen. Lenderking served as deputy chief of mission at the US Embassy in Saudi Arabia, and most recently, was a top official for Arabian Gulf affairs at the State Department.

A senior State Department official who has worked with Lenderking described him as an “excellent diplomat” who knows the key players in Yemen’s conflict as well as anyone, and “genuinely cares in his heart about ending the suffering of Yemeni civilians.”

Yemen is embroiled in a civil war pitting the Iran-aligned Houthi rebel movement against a Saudi-led military coalition that intervened in 2015 to restore the internationally recognized government. Both the Trump and Obama administrations provided support to the coalition, including logistical assistance, shared intelligence, and until 2018, aircraft refueling.

The Biden administration previously announced a pause on weapons sales to Saudi Arabia and the United Arab Emirates as part of a review on arms deals made during the Trump administration. The Saudi-led coalition is accused of thousands of civilian casualties in Yemen, and rights groups have warned continued arms sales would prolong the human suffering.

Ahead of Biden’s announcement, national security advisor Jake Sullivan told reporters that the administration has consulted with senior officials in Riyadh and Abu Dhabi on the new Yemen actions.

“We are pursuing a policy of no surprises when it comes to these types of actions so they understand that this is happening and they understand our reasoning and rationale for it,” Sullivan said during a White House press briefing Thursday.

Sullivan clarified that the end of “offensive operations” in the war-torn country doesn’t include US action taken against Al-Qaeda’s affiliate in Yemen, Al Qaeda in the Arabian Peninsula (AQAP), but extends to operations that have "perpetuated a civil war in Yemen that has led to a humanitarian crisis."

The Arab world’s poorest country is experiencing what the United Nations calls the world’s worst humanitarian crisis. Famine is looming in Yemen, where more than 80 percent of the population — some 24 million people — are dependent on humanitarian aid to survive.

The Biden administration is also reviewing a last-minute Trump administration action to designate Yemen’s Houthi group as a foreign terrorist organization. Despite waivers put in place for humanitarian activity, aid agencies have warned the terror label could deter sanctions-averse banks and foreign companies from continuing to do business in Yemen. Others have suggested the designation could undermine delicate UN-led negotiations over a decaying oil tanker controlled by the Houthis off Yemen’s Red Sea coast.

Progressive groups on Thursday commended Biden for fulfilling a campaign pledge on Yemen. Advocacy group Win Without War called it a "momentous victory," but just a first step.

"This is only the beginning. Now is the time for a clean break from the past and for the U.S. to finally commit to seeking positive peace in Yemen,” the group said in a statement.