Unless oil prices go way up, Algeria is in a world of hurt. 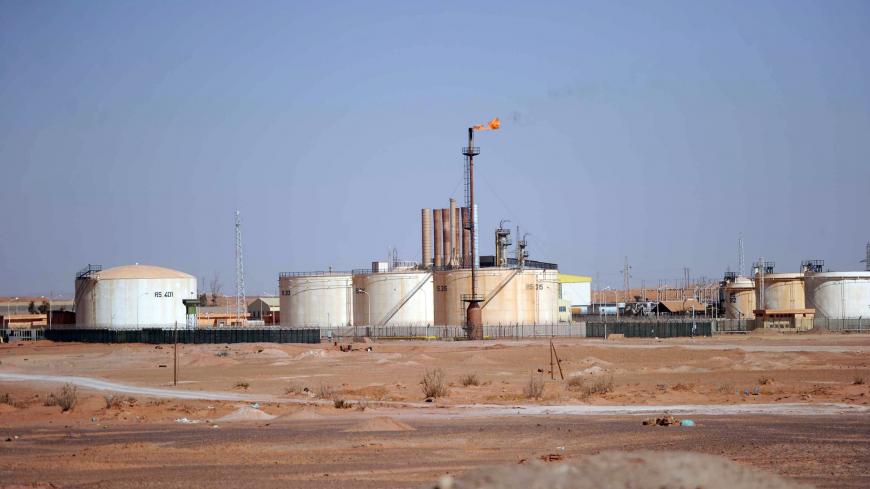 A general view shows an oil installation on the outskirts of In Amenas, deep in the Sahara near Algeria's Libyan border, on Jan. 18, 2013. - FAROUK BATICHE/AFP via Getty Images

Few were surprised when, a little over a month ago, Algeria's minister in charge of economic forecasts, Cherif Belmihoub, leaned into the microphone at a state radio station and announced, "Algeria is no longer an oil country."

Belmihoub's analysis was correct, but only up to a point. Algeria remains very much a country of oil and gas. It's just not making enough money to save the country from penury and sustain the generous state subsidies the government has been hoping would continue as a substitute for fundamental reform.

Now, with oil prices continuing the flat line they have maintained since 2014, the Algerian government is rapidly running out of time and room to maneuver. In parallel to this has been a significant drop in the volume of Algerian exports, with overseas oil sales falling by about a third between a 2011 high and 2019, with all clues pointing to a continued decline in the future.

Algeria has among the highest social spending of any of the Organization of the Petroleum Exporting Countries (OPEC) states, with the government picking up at least part of the tab for basic household foodstuffs, housing and fuel. The International Monetary Fund (IMF) has estimated that Algeria, just to maintain the status quo, needs an oil price of $135 a barrel. On Monday, Brent crude hovered just over $60, its highest for some time.

The options are few. Absent a vibrant private sector that could shoulder at least part of the tax burden that underwrites Algeria's subsidies, the country has — quite literally — been powering its economy on fumes. The vast foreign reserves in place at the time of the 2014 oil and gas slump have been continuing to underpin the country's expenditure and now, seven years later and with only around $29 billion of foreign exchange reserves left in the pot, Algeria has about a year before it hits the wall.

Moreover, over the same period, domestic consumption of hydrocarbons has increased as reserves available for export have shrunk.

After other OPEC countries agreed to cut production last year in response to the pandemic, most oil producing countries still breached the revised quota. Algeria's state owned Sonatrach, saddled by uncertain management and misplaced investment, struggled to reach it. Moreover, as energy futures picked up following the vaccine rollout and increased consumption in China, Algeria's exports still remained in the doldrums as OPEC rivals profited.

Nevertheless, given the massive shortfall between income and expenditure, it is unlikely that any cut in subsidy at this stage will be enough to address the yawning gulf in public coffers.

Whatever course Algiers undertakes will be as informed by its past as well as its present.

"It's about control as much as anything else," Middle East expert Jonathan Hill of Kings College London told Al-Monitor, "When the oil price have gone down in the past, they've made noises about allowing international investment in for exploration, but they've swiftly changed their minds once prices have picked up again.

While the state has proven itself comfortable flirting with micro adjustments to policy, the kind of sweeping macroeconomic overhaul needed remains beyond the reach of the state. "They haven't really got any ideas,"  Hill said, "For years we've seen the same recycling of the same people. There's no one new in the leadership and no new ideas. There hasn't been for some time."

All the while, the clock is ticking.

"For seven years the government's done little in terms of diversifying the economy," Jalel Harchaoui, a senior fellow at the Geneva-based Global Initiative told Al-Monitor. "At first, they had the foreign-exchange reserves to buy time, but as the situation's grown more challenging they've become like deer paralyzed in a car's headlights. All they've done is use their dollar reserves to continue spending on subsidies Over the last year, there have been cuts, but not on the military, which remains a huge outlay."

Given the parlous state of Algeria's reserves, even increasing exports through exploring new oil fields appears as too great a gamble, Harchaoui said. "It's possible they could go back to the IMF or international markets to raise funds, but that's going to feel like a humiliating surrender," he said, noting that pride in the country's independence goes far beyond the government and is embedded across Algerian society. "Instead, they might look to a deal with China, or one of the Gulf countries. The concessions may not be much looser or better than with the IMF — but things will be more opaque."

Whatever Algeria elects to do will have to be dramatic. With thousands having returned to the streets of Kherrata on Feb. 16 in an attempt to rekindle the demands of the mass protests of two years ago, popular unrest is growing. The subsidies that had once underpinned Algeria's social contract look to fall short of the demands of a new generation. Moreover, faced with the possibility of mass unrest, the one course of action the government would prefer — to continue doing nothing — is likely to fall woefully short of meeting the country's fundamentally altered circumstances.