The announcement that Algeria’s ailing President Abdelaziz Bouteflika is running for a fifth term in the country’s elections raised questions about Algerians’ readiness to endorse the man who has played a prominent role in ending the civil war. 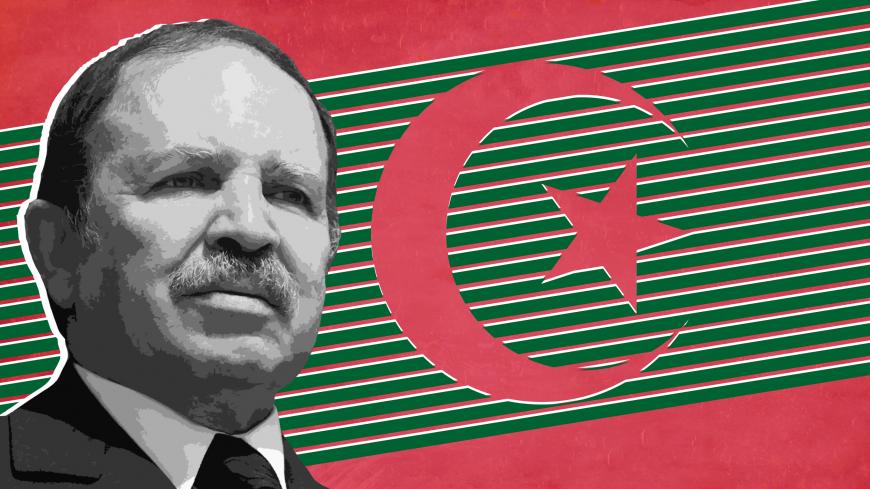 TUNIS, Tunisia — The Feb. 10 announcement that 81-year-old Algerian President Abdelaziz Bouteflika would seek a fifth term in office has confirmed and confounded expectations in equal measure.

Few would deny that the incumbent’s health is poor. Since suffering from a devastating stroke in 2013, he has rarely appeared in public. Rumors of ill health are rife. In 2017, the abrupt cancellation of a diplomatic visit by Angela Merkel was enough to spark rumors of the president’s death.

However, after nearly two decades in power, the announcement of Bouteflika’s fifth bid for the presidency provides further evidence of the Algerian leadership’s unwavering commitment to safeguarding the country’s stability. Faced with the potentially destabilizing conflict between maintaining a generous subsidy package at home and falling hydrocarbon prices and shifting market tastes abroad, it is not yet clear how well equipped Algiers’ entrenched status quo may be to navigate the stormy weather ahead.

“There is a deep wariness of instability within Algeria,” professor Jonathan Hill, director of the Institute of Middle Eastern Studies at King’s College, told Al-Monitor. “There’s also a deep awareness of the presence of the security services within the country and what they could do in the case of any major upheaval,” Hill said.

Algeria and Bouteflika are both children of the army. It was the National Liberation Army (ALN) that wrested independence from the French in 1962 and it was within the ALN that a young Bouteflika fell in with the close-knit group of officers within the Oujda Group, who were to not only prove pivotal in securing the country’s independence, but in establishing the army’s historical political dominance of it.

That Bouteflika has successfully maintained the post-war status quo is beyond doubt. Assuming the presidency in 1999 as the country’s savage civil war ground to a halt, Bouteflika was responsible for overseeing the amnesty program that finally robbed Algeria’s Islamist rebels of much of their fight and positioned him among the saviors that delivered the country from that dark decade.

Though returning the country to some kind of stability, and despite widespread accusations of war crimes, the army and the old networks of power remained. “Nobody wants to go back to the 1990s,” Hill continued. “However, this [peace] was achieved without holding anyone within the security services or the army to account. There was never any public reckoning for what they did during the civil war.”

Desired or not, fundamental change may be on the horizon. Almost the entirety of Algeria’s economy is predicated on the production and export, mostly to Europe, of oil and gas. Algeria has the 10th largest reserves of natural gas in the world and is the sixth largest gas exporter.

All told, hydrocarbon production accounts for around 30% of the country’s gross domestic product and makes up over 95% of export earnings. This in turn subsidizes a generous social program, which sees 21% of the state’s budget earmarked for extensive subsidies.

However, faced with oil prices that have declined more or less consistently since 2014, growing consumption at home and a shift within Europe toward renewable energy, how long Algeria will be able to withstand economic and political change is uncertain.

“Bouteflika is given credit for (providing) economic and social stability through a generous social welfare program,” Jihane Boudiaf, Africa analyst at risk consultants IHS Markit, said, citing the government’s support for areas such as housing programs, health care and loans to young entrepreneurs. “A large part of Algerian society, mainly lower and middle classes, question the need to change a leader who is providing this.”

Moreover, Boudiaf continued, Bouteflika’s “reputation as the politician who contributed to ending Algeria’s civil war and provided economic and social stability has placed him beyond public criticism. Nonetheless, the perceived existence of a shadowy circle of power has largely contributed to public disillusionment with most existing political parties (both ruling coalition parties and opposition) and civil society movements,” referring to the clique of advisers said to surround the president.

Yet the challenges facing Algeria’s bedrock of stability within changing domestic and regional waters are wider than political and economic concerns. Both Algeria and the region are also undergoing fundamental change. Within Algeria, the median age is 28. Across the region, as the youth bulge takes hold, the median age is just 22. At the age of 81 and infirm, Bouteflika’s mandate over his increasingly youthful population is growing increasingly less sure. Moreover, as Bouteflika is almost certainly the last of Algeria’s leaders to claim a direct link to the country’s liberation, the credibility of further candidates is also unclear.

“I don’t really get the sense that there’s a contingency plan,” Hill continued, “Bouteflika is an old, ill man overseeing a country going through a significant shift.”

Asked if he foresaw the potential for future unrest as the impact of changing demographics and markets make themselves known, Hill was unequivocal, “Yes. Yes, I do.”