With further protests planned later this week, it is becoming increasingly clear that Algerian President Abdelaziz Bouteflika’s resignation is unlikely to mark a neat conclusion to this tumultuous period in Algeria’s history. 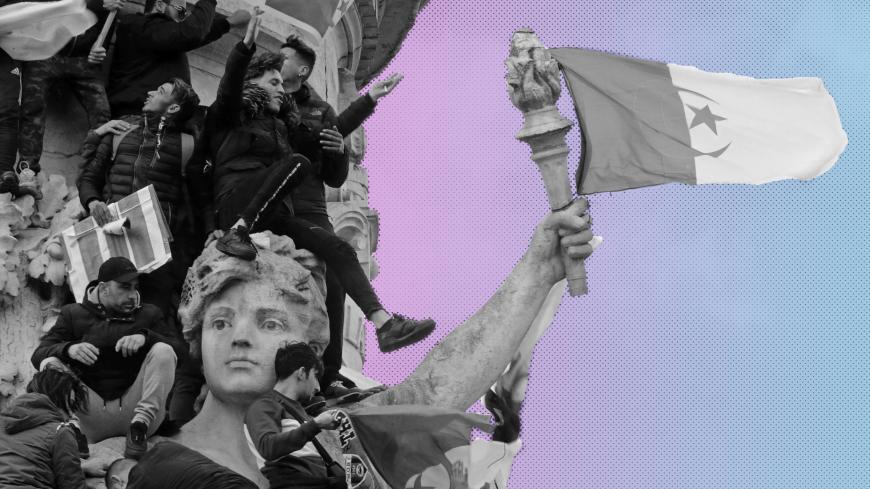 Algerian President Abdelaziz Bouteflika’s resignation on April 2 came as a surprise to no one. A mass protest movement, unparalleled within much of the country’s history, has maintained relentless pressure on the ailing 82-year-old president, driving fissures between him, much of the country’s historically closeted political establishment and the bulwark of Algeria’s political power base: the army.

News of Bouteflika’s departure was greeted with celebrations throughout the country. Following a rare appearance on state television where a clearly weakened Bouteflika relinquished power, crowds filled the streets of the capital, with individuals brandishing the Algerian flag and passing cars sounding their horns.

However, amid the tumult was the keen awareness that the campaign to overthrow Algeria’s entrenched power base — the "pouvoir" — had only been partly won, with further demonstrations planned for April 5 to continue the popular advance against Algeria’s ingrained power structures.

“The popular movement did many things to keep up the pressure and force the government to leave for the first time!” Khalil Che, a protester, told Al-Monitor.

But the battle remains far from over as many of the key players within the pouvoir remain in position; there is also suspicion that Bouteflika’s resignation could simply be a further plot to buy time to gain ground. “We are not happy because we just started the revolution,” Che continued, adding, “The solution for us is for this popular movement to become the opposing power.”

With Bouteflika gone, power will now fall to the speaker of Algeria’s upper house of parliament, 77-year-old Abdelkader Bensalah, who will serve as interim leader for a 90-day period while fresh elections are organized. Under the terms of the Algerian Constitution, no major reshuffle or replacement of ministers is allowed during this time, in effect granting much of Algeria’s political establishment the chance of a much-needed respite from the popular forces opposing them.

“The people can breathe a little,” the protest group known as No to the Fifth Term — named in opposition to Bouteflika’s initial aim to seek another term — told Al-Monitor, adding, “It is a grand battle we have won, but not yet the war.”

Anys Mezzaour, a 22-year-old Algerian author, cautioned that many dangers still lay ahead on the country’s road to democracy. “The people already sent the message that any transition organized by the pouvoir will be rejected, and if there is to be one, it would be decided and managed by the people via their real representatives,” he said.

In the face of the unwavering popular opposition that has built up throughout the country, much of the circle surrounding the infirm president has shrunk away, revealing the incumbent as an increasingly isolated and frail figure.

The coup de grace was likely delivered with the defection of the army’s loyalties to those of the protesters, with Chief of Staff Gen. Ahmed Gaed Salah on March 26 calling for the president to step down.

Even prior to the army’s switch to the street were the desertions of many members of Bouteflika’s own National Liberation Front as well as the influential Democratic National Rally, which all went to pains to be seen as allying with the popular will.

However, without underestimating the scale of the victory secured by the millions of peaceful protesters within Algeria, the response of observers was equally qualified. “The military and wider ruling elite certainly hope that Bouteflika's removal will be enough to satisfy the street,” professor Jonathan Hill of Kings College told Al-Monitor.

He added, “The cohesion of this elite [like that of all elites] is based in large measure on mutual reliance. Now that Bouteflika is damaged goods, the pouvoir is prepared to sacrifice him to save themselves and their interests.”

Hill continued, “What I think will determine whether the street is satisfied is what happens next. If the regime sets out an orderly, seemingly open and democratic succession plan that is realistic and timely, then that might placate the protesters. If, though, it simply tries to shoehorn an unknown or unpopular person into the presidency or pays little heed to the democratic process, then it might not.”

With further protests planned for April 5, it is becoming increasingly clear that Bouteflika’s resignation is unlikely to mark a neat conclusion to this tumultuous period in Algeria’s history. “Clearly the protesters can claim a victory here,” Sarah Feuer, a senior fellow at the Washington Institute for Near East Policy, told Al-Monitor. “But they are not likely to consider Bouteflika's resignation enough as long as the ‘system’ he represented for so long remains more or less in place. Just what they can replace this system with remains unclear,” Feuer added.