Turkey’s Ministry of Commerce announced Wednesday it would issue nearly $500,000 in fines for companies it found to be charging "exorbitant" prices for food as the nation grapples with high inflation. 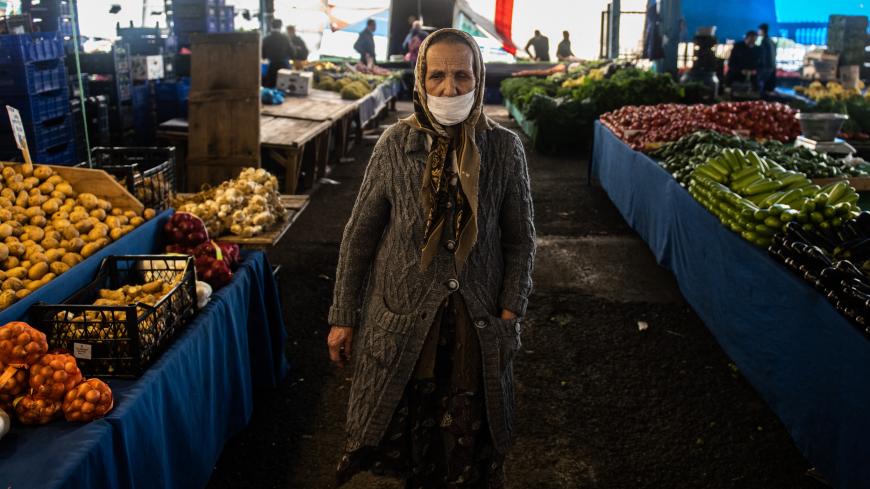 A woman wears a face mask as she shops for fruit and vegetables at a market on Nov. 9, 2020, in Istanbul, Turkey. - Burak Kara/Getty Images

ISTANBUL — Turkish regulators announced Wednesday they would issue 3.6 million liras ($487,000) in fines on companies found to be charging "exorbitant" food prices as the nation grapples with high inflation.

In announcing the penalties, the ministry’s Unfair Price Evaluation Board said the most significant price increases were recorded on basic food products, like sunflower seed oil, chicken, eggs and flour.

The news comes as the nation continues to mitigate the impacts of the COVID-19 pandemic, which sparked a global economic slowdown that has been felt acutely in Turkey amid double-digit inflation. In 2020, the Turkish lira lost 20% of its value against the dollar, raising the cost of imported products while posing challenges to firms with foreign-currency-denominated loans.

According to official data, Turkey’s annual inflation rate rose to 14.6% in December, as measured by its consumer price index. Meanwhile, Turkey saw some of the highest food price increases among countries in the Organization for Economic Co-operation and Development, with an overall food cost rise of 20.6% in 2020.

Such trends have led many Turkish consumers to reduce spending, with Reuters reporting some families are changing their food shopping habits in response to high prices, and the economic troubles have not gone unnoticed by state leaders.

“Prices will not remain this high,” Erdogan said Monday. “This will be prevented, and citizens will be more comfortable.”

In the same speech, Erdogan said the combination of high interest rates and high inflation was oppressing citizens, adding he would prioritize lowering interest rates, which he has repeatedly said fuel inflation in contradiction to mainstream economic theory.

Such rhetoric has raised concerns among international investors over the Turkish Central Bank's independence to manage monetary policy. Yet after a shakeup of the state’s economic management team last November saw two consecutive interest rate hikes under the new leadership and a return to more conventional economic policy-making, investors appear to be warming up to Turkish markets once again.

Another positive sign came Tuesday, when the International Monetary Fund raised its forecast for Turkey’s economy, announcing it expected the nation’s gross domestic product to grow by about 6% in 2021.

To date, the Ministry of Commerce has issued 15.48 million liras (about $2 million) in fines on 495 firms over allegations of price gauging. Last November, Turkish regulators issued fines totaling 6.87 million liras — about $870,000 at the time — on 208 companies found to be charging exorbitant prices.

Similar fines were issued during a 2018 currency crisis in Turkey. Aziz Kocal, chair of Turkey’s Consumer Protection Association, said some merchants exploit economic volatility to make unfair profits during extraordinary times. He said he supported the Commerce Ministry’s efforts to control price gouging, but noted penalties alone would not be sufficient to prevent future abuses.

“Vendors do not increase prices in the face of high inflation,” Kocal told Al-Monitor. “On the contrary, they increase profit margins, even though there is no significant increase in input costs. We do not find this very moral, either.”

Kocal suggested the Ministry of Commerce and its investigation board begin keeping records of penalized vendors to better track repeat offenders and increase deterrence measures.