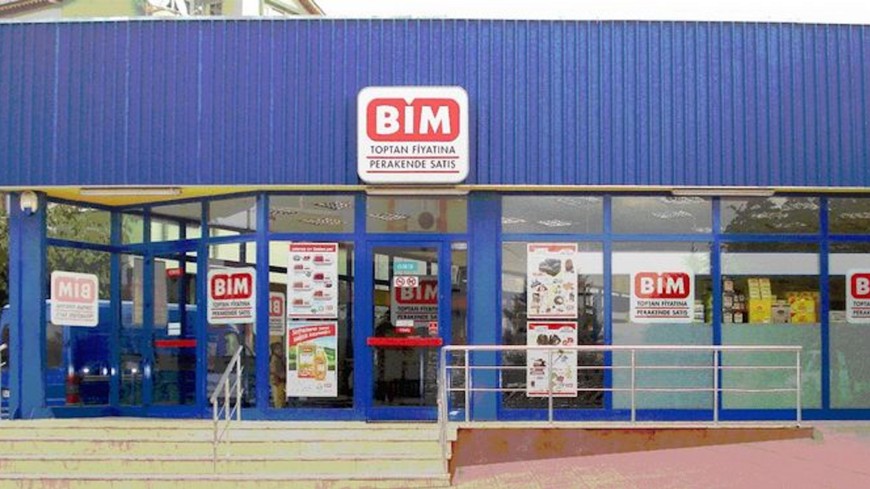 An undated image of a BIM grocery store in Turkey. - Twitter

A top executive for Turkey’s largest discount retailer was forced to step down after criticizing the government’s charges that supermarket chains were responsible for soaring inflation, becoming the latest casualty of the government vs. chain stores blame game.

Galip Aykac, chief operating officer of BIM discount stores and head of the retailers’ association, said last week that supermarkets were no more responsible for the rising food inflation than exchange offices were responsible for the freefall of the Turkish lira’s value against the greenback. According to official figures released today, Turkey’s annual food inflation rate is 102.6%.

Speaking at a retailer’s conference in Istanbul on Nov. 30, Aykac claimed that the chain markets had become the scapegoats for systematic problems of the economy amid soaring inflation. He also lashed out at accusations that the chain markets were “economic terrorists” or had links with Fethullah Gulen, the US-based cleric whom Ankara accuses of masterminding the unsuccessful 2016 putsch in Turkey. Devlet Bahceli, leader of the Nationalist Movement Party (MHP), said two weeks ago that the links of discount stores with Gulen should be investigated.

BIM, the pioneer of discount retail in Turkey, has been considered a pro-AKP business since its founders, such as Latif Topbas, Cuneyt Zapsu and Fatih Sarac, were among the friends and consultants of President Recep Tayyip Erdogan. Left-wing media often claimed that Erdogan’s son Bilal Erdogan was among the principal shareholders of the chain, which has 11,000 stores in Turkey and several in Morocco and Egypt. BIM sources have consistently denied the claim.

When Erdogan started accusing the supermarket chains of raising prices, though costs remained stable, and fueling inflation, BIM was also among the accused “big five.” But sector sources say BIM CEO Aykac, a soft-spoken, conservative figure, enjoyed good ties with the AKP government. Some alleged that he was even considered for a ministerial post in 2018. Moreover, for the last three years, Aykac has been chair of the Food Retailers’ Association (GPD), a platform that brings together foreign-owned retailers and local market chains.

But facing recent accusations of Gulenist links and claims that new fines could be imposed on the retailers, Aykac stormed last week at what he called “hired pens,” “trade chamber heads with no idea of agricultural production” and “party leaders who [charge us] with Gulenist links.”

“From now on, I will respond to you the way you deserve,” he pledged. “People of this country do not believe your lies.” However, he carefully refrained from pointing the finger at the government but targeted those “who aimed to destroy our links with those who rule the country” — another implicit reference to Bahceli.

Within hours of his speech, however, he became the target of MHP members who accused him of  “immorality and bank embezzlement.” At the same time, local police in three cities arrived in BIM stores for “controls” and closed at least one store for hygiene violations.

Kursat Yilmaz, a member of the MHP who had been charged with leading a criminal gang in the 1990s, said anyone who “sucked the blood of the people” and “dared to raise his voice to political leaders” would find himself buried in a graveyard, no matter who they counted on.

To make things worse, Sok, a discount chain owned by Yildiz Holding and a fellow member of the GPD, said they would no longer attend the association's meetings as long as Aykac chaired it. In a written statement on Dec. 3, Sok noted that while they disagreed with accusations that markets were responsible for raising prices, Aykac’s statements had politicized the whole price-inflation debate, and his staying on as association chair would harm the industry.

Faced with political, economic and peer pressures, Aykac announced his resignation on Sunday, Dec. 4.  A statement from the GPD announced the resignation of Aykac as president and quoted him as saying that his remarks “went beyond its intentions.”

The statement from the Aykac also apologized to Bahceli, whom he said “regretted hurting.”

The resignation and apology did not calm the waters. Erkan Akcay, a senior member of MHP, said Monday that the chain stores should be forced to lower their prices or face closure altogether. In Antalya, a BIM store was vandalized by a group of people who broke its windows.

The supermarket chains have long been in the line of fire of the president and Bahceli. When the Turkish economy sank into an economic recession in 2019, Erdogan accused the five largest chain stores of  “treasonous profiteering.” Two years later, he announced that the government would open 1,000 stores run by farm cooperatives to provide fruit and vegetables at affordable prices to the public. A few days after Erdogan announced the new food co-ops, Turkey’s Competition Authority slapped the top five market chains with fines of around $250 million for violating anti-trust regulations. Some of the retailers, including BIM, contested the decision.

With elections approaching and economics at the heart of voters’ concerns, the AKP and the MHP once again stepped up the rhetoric toward organized retail. Speaking to journalists on his way back from Qatar, Erdogan referred to the market chains as “opportunist terrorists,” threatening that they might face harsher penalties if they did not draw lessons from last year’s fines.

Aykac — like other GPD members have done in the past — denied that the chain stores were operating with high profits. “The largest profit margin at organized retailers are 4%. Even if you give all that away, inflation won’t come down,” he said, explaining to BloombergHT that price increases reflect rising costs, evident in the spread between consumer prices that are 85.5% higher than a year ago and producer inflation that’s at almost 158%.

Erdogan, who has unorthodox economic policies, insists that supermarket chains — which control only 15% of the fruit and vegetable markets, as most Turks shop in open markets — cause food inflation. The president prioritizes exports, production and employment at the expense of price stability and the currency. He has also pressured the central bank to lower its interest rate to single digits, another reason for high inflation.

According to Istanbul-based pollster Istanbul Raporu, 15% of Turks blame supermarkets for high food prices. Last year, a survey of 1,500 people in 12 cities found that 57% of Turks believe that the rise in food prices is due to poor economic management. A similar survey by Metropol claims that only 8% agree that supermarkets are responsible for high food inflation. But an overwhelming 67% believe that discount stores can do more, such as promotions and targeted campaigns on basic food stuff, to bring down prices.