The Takeaway: With rift healed, GCC ramps up

The Gulf states deal with an urgent need for foreign investment, crisis on the Red Sea, and optimism for World Cup 2022; Did Rouhani call the US a ‘great nation’ that needs to return to its ‘rightful place’? 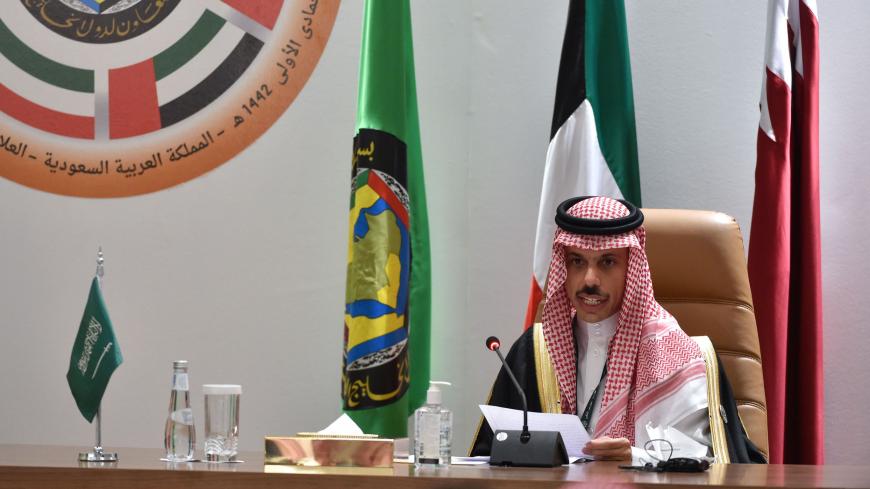 The decision by Egypt, the UAE, Saudi Arabia and Bahrain to bury the hatchet with Qatar and resume political and economic ties is already paying off. As the pandemic permits air travel and trade to revive, the economic and social spillover benefits should increase.

The reconciliation, facilitated by the United States and Kuwait, better positions incoming US President-elect Joe Biden to deal with Iran, as we explained here. GCC unity removes an irritant in US-GCC ties and showcases the region as a more united front, with Iran isolated. The GCC can plan to regroup politically, economically and socially for the post-pandemic era.

There is much work to do. Beyond the ongoing standoff between some GCC members and Iran, the group faces urgent economic and investment crises that should be somewhat ameliorated by the global attention and possible tourism boom resulting from Qatar’s hosting of World Cup 2022. There also is a deepening security crisis in the Red Sea.

-The Economic Imperative. The GCC, like many regions and states, is reeling from 2020 and the coronavirus-induced downturn. As Karen Young reports, the regional economy has seen a precipitous drop in foreign direct investment (FDI). The GCC states have been “devastated by an oversupplied market, a global pandemic has stripped demand for oil, and there is a growing consensus that alternative energy is both a better investment and a political lightning rod,” Young writes. In addition, Qatar was the object of an embargo by other GCC members.

While Qatar paid the highest price from the over three-year embargo, Young’s analysis shows that Saudi Arabia and the UAE will gain the most from making up, with Doha now able to pitch in on regional infrastructure and market for electricity-sharing. Israel also represents a new source of FDI for the UAE as a result of the recent diplomatic normalization agreements.

This may counterbalance a drop-off in FDI from China, once a major investor in the GCC, which has fallen to nearly nothing.

-Soccer Diplomacy. Sports, and especially football — or soccer, as the Americans know it —have always been central in people-to-people diplomacy, including and especially in contests between teams from states that have adversarial political relations. So it’s no surprise that World Cup 2022, to be held in Qatar, also represents another opportunity to heal the three-year wounds of the Gulf embargo.

“Gulf sports enthusiasts believe the sport could be a catalyst for social reconciliation — thousands of families divided by antagonistic rhetoric paid a heavy price — and to revive togetherness’ value rooted in a social fabric that has historically transcended borders,” writes Sebastian Castelier.

“’I hope the Saudi, Emirati and Bahraini teams will all qualify to join the 2022 World Cup,’ said Rashid Mohamed Alhajri, a Qatari supporter of the local club Al-Rayyan SC whose relations with fans from the region remained warm-hearted throughout the feud.”

“Five-time World Cup qualifier Saudi Arabia remains well-placed to advance to the third round of qualifications. The Asian Football Confederation announced qualifying matches postponed due to the coronavirus pandemic should be held by June 15.”

-Eyes on Red Sea. The Gulf states are watching developments in Ethiopia and the Horn of Africa with concern. The Red Sea is no backwater to the Gulf — it is a region of vital national security. The emerging civil war in Ethiopia, along with previously deadlocked talks among Egypt, Sudan and Ethiopia on the Grand Ethiopian Renaissance Dam (GERD), is at the top of the GCC national security files.

“The Gulf states’ policies toward the Horn of Africa are undoubtedly rooted in their own strategic and political calculations,” write Payton Knopf and Jeffrey Feltman. “They understand that the two sides of the Red Sea comprise an integrated region that transcends the geographic distinctions between Africa and the Middle East. The close bilateral relationships that Saudi Arabia and the UAE have cultivated with Egypt, Sudan and Ethiopia, alongside Abu Dhabi’s historic ties with Asmara, can be strong assets in stabilizing the Horn of Africa in the long term. The long-awaited reconciliation among the Gulf Cooperation Council countries could also alleviate competitive pressures in Somalia, where Qatar has supported the federal government and the UAE has backed the federal member states.”

Feltman and Knopf argue that “US-Gulf coordination is needed most urgently” in Ethiopia, adding that the GCC’s “explicit or implicit support for” Ethiopian Prime Minister Abiy Ahmed is a “shortsighted approach or for Eritrean military intervention not only risks implicating the Gulf in the humanitarian emergency in Tigray but damaging their own strategic interests as the Ethiopian state deteriorates.”

Our take: The case for US-GCC coordination in Ethiopia makes sense, given the shared political and economic investment of both the US and GCC states in Egypt, Ethiopia and Sudan. Ethiopia is a fragile state in conflict, Sudan is in the midst of a political and economic transition, and Egypt is, well, Egypt, which depends on the Nile for over 90% of its water needs. While the incoming Biden administration may have limited bandwidth, the Ethiopia and Nile crises are likely to top the agenda for African security — and the GCC states are the first stops to build a regional diplomatic coalition.

Read more: Ayah Aman has the latest on the snag in the latest round of GERD talks here.

In case you missed it: Iran’s president calls for America to return to ‘its rightful place’

Iran President Hassan Rouhani, amidst some snarky comments that the storming of the US Capitol by pro-Trump protesters on Jan. 6 was a sign of “how false and fragile Western democracy is and how it does not have a strong foundation,” also said that the incoming Biden administration must “return America, which is a great nation, to its rightful place.”

Mixed signals. Rouhani has kept up the tough talk on the United States in recent weeks, including in statements memorializing Islamic Revolutionary Guard Corps Quds Force Commander Qasem Soleimani, who was killed by a US armed drone in Baghdad Jan. 3, 2020. Meanwhile, Iran has increased its stock of highly enriched uranium in violation of the Joint Comprehensive Plan of Action (JCPOA), and there are revelations by the Institute for Science and International Security about construction around the Natanz nuclear facility, as we report here.

What it might mean. Rouhani, who won’t run for reelection in June, has to deal with his own hard-liners who dominate the Iranian parliament and are skeptical or opposed to renewed negotiations with the United States. Rouhani and Foreign Minister Mohammad Javad Zarif have repeated, however, that Iran is ready to return to full compliance with the JCPOA, if and when Biden does, but is not willing to consider any changes or revisions to the deal, as we explain here.

Read more: Elizabeth Hagedorn reports here on US Secretary of State Mike Pompeo claiming that Iran is the new “home base” for al-Qaeda. “Officials in the administration of President Donald Trump have previously called attention to Iran and al-Qaeda's ties,” Hagedorn writes, “raising concerns the administration was building a case to go to war with Iran under the same authorization for use of military force that covered attacks on al-Qaeda and its associates after 9/11.”  The alleged links between al-Qaeda and Saddam Hussein’s Iraq were used by some in the Bush administration as justification for the US invasion of Iraq in 2003.

What We’re Reading: IMF report on ‘sizeable’ impact of COVID-19 on Jordan

The latest IMF report starts by commending Jordan for “timely containment, a large monetary stimulus, and targeted fiscal measures” that helped save lives, but the overall picture is grim: “The economic and human impact has been sizeable: real GDP is expected to decline by 3% in 2020; unemployment has surged to record levels; tourism and remittances have declined; and revenues of the central government and of other public sector entities have dropped, raising public debt to 90% of GDP.” And a second COVID wave is coming. Read the report here.