Communities torn apart by a yearslong rift between Gulf rulers may need time to heal the wounds of a crisis that damaged social ties that have historically transcended borders. 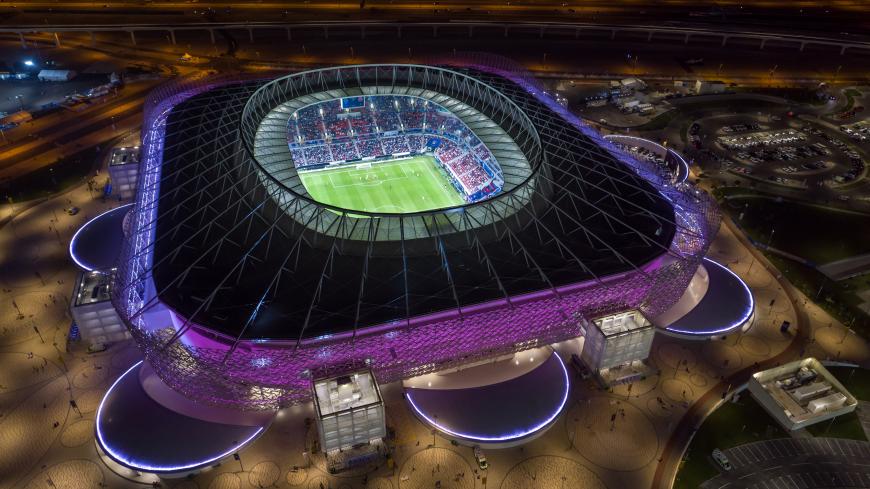 Soccer has played a central role in creating “strong relations” among the citizens of the Gulf Cooperation Council (GCC) nations ever since the first Gulf Cup took place in Bahrain in 1970, Saudi soccer journalist Atef Nahass told Al-Monitor.

In recent times, the world's most popular sport had been a “unique platform of exchange” throughout a 3½-year spat that positioned Saudi Arabia, the United Arab Emirates (UAE), Bahrain and Egypt opposite Qatar, according to FIFA President Gianni Infantino.

“Soccer is what keeps us, supporters, together at all times. Once we start talking about soccer, then we end up talking about education, life, everything. It is like a starting point,” Al-Hilal Saudi soccer club’s supporter Bassam Al Tasan told Al-Monitor.

Yet although soccer brings communities together, it can inversely crystallize social and political pre-existing tensions. The UAE-Qatar rivalry was on display during the 2019 Asian Cup as Emirati supporters threw shoes at Qatari players, a sign of disrespect in Middle Eastern culture. Tasan wishes such an offense will never happen again.

On Jan. 5, Gulf leaders agreed to end the regional rift. Infantino welcomed the “historic” Al Ula Declaration and said soccer will “continue to unite the region.”

Gulf sports enthusiasts believe the sport could be a catalyst for social reconciliation — thousands of families divided by antagonistic rhetoric paid a heavy price — and to revive togetherness’ value rooted in a social fabric that has historically transcended borders.

A World Cup for the whole region

A decade ago, Qatar won its bid to host the first World Cup in the Middle East and portrayed the tournament as a World Cup for the whole region, not only for Qatar. World Cup 2022 Ambassador Ali Al Habsi said the event is an “enormous source of pride for Omanis.” Analysts expect Doha to double-down on this narrative as the GCC crisis ends.

“I hope the Saudi, Emirati and Bahraini teams will all qualify to join the 2022 World Cup,” said Rashid Mohamed Alhajri, a Qatari supporter of the local club Al-Rayyan SC whose relations with fans from the region remained warm-hearted throughout the feud.

Five-time World Cup qualifier Saudi Arabia remains well-placed to advance to the third round of qualifications. The Asian Football Confederation announced qualifying matches postponed due to the coronavirus pandemic should be held by June 15.

“Many fans here in Saudi Arabia are already so excited to go to Qatar in 2022 — for many it will be the first time to watch World Cup matches,” Nahass said. Tasan expressed his eagerness to visit Doha to discover the newly inaugurated 40,000-capacity Al Rayyan Stadium, the fourth of Qatar’s eight World Cup stadiums.

At the height of the GCC crisis, FIFA looked into the possibility of expanding the World Cup 2022 from 32 to 48 teams with additional co-host countries — Japan and South Korea co-hosted the first shared World Cup in 2002 — but the idea was shelved after a feasibility study noted challenges associated with co-hosting a tournament in a fractured region.

The end of the Gulf crisis is unlikely to result in a revision of the decision.

“I am not sure that Qatar having constructed eight new football stadiums at the cost of billions of dollars would want to share matches,” Simon Chadwick, director of the center for the Eurasian Sport Industry at the Emlyon Business School, told Al-Monitor.

Team base camps and training sites for the teams that will participate in the World Cup 2022, could, however, see greater cooperation, Chadwick believes, acknowledging that any plans to build training camps in Saudi Arabia’s rival Iran could pose “a challenge.”

Also, the 2022 World Cup’s human and social legacy program could offer a platform for regional cooperation to address common issues, such as some of the highest prevalence of diabetes in the world. Generation Amazing uses soccer to push for social developments, religion and race inclusivity, women’s inclusion in sports and a healthy lifestyle.

But the “reaction” of Saudi Arabia, the UAE and Bahrain in engaging with an initiative that, in essence, is part of “Qatar’s sports diplomacy armory” to build the emirate’s international relationships and project its soft power remains to be seen, Chadwick said.

The race to become global hubs for sport

The president of the world’s highest governing body of soccer believes the 2022 tournament is also a “unique opportunity” for Gulf states to “shine on the global stage.”

Qatar’s image has, however, been tarnished by allegations of corruption and exploitation of migrant workers who built the tournament’s infrastructure, despite Qatari officials denying any wrongdoing. In April 2020, the US Department of Justice said that representatives working for the gas-rich emirate had bribed FIFA officials to secure hosting rights.

Hosting global sports events is strategic for several Gulf states that look for opportunities to take advantage of their geographic location at the crossroads of Europe, Asia and Africa to diversify their economies, currently fueled for the most part by oil and gas revenues.

Saudi Arabia is currently hosting its second edition of the Dakar Rally and announced in November it will join the Formula 1 calendar this year with a nighttime race in Jeddah.

But rights organizations describe the kingdom’s recent interest in global sports events as an attempt to show a progressive face of the regime and “sportswash” away widespread rights abuses such as mass arrests, a crackdown on dissent, surveillance and hacking.

The “asymmetric” Qatari-Saudi relationship that defined the period between 2010 and 2020 with Doha attracting the spotlight by winning rights to host sports tournaments is about to change, Chadwick noted. From now on, both countries “will be doing that,” he said.

After an intense bidding war between then-rival Qatar and Saudi Arabia for the 2030 Asian Games’ hosting rights, the Olympic Council of Asia announced Doha will host the 2030 edition. Saudi Arabia won the right to host the event in 2034 for the first time.

Hosting the first World Cup in the Middle East could either be a unique opportunity for the Gulf states to revive the spirit of cooperation and integration enshrined in the 1981 GCC charter or a turning point toward unhealthy economic competitions with one another.