No group has yet claimed credit for the blasts, which came three days after the Saudi military said it shot down an enemy projectile over Riyadh. 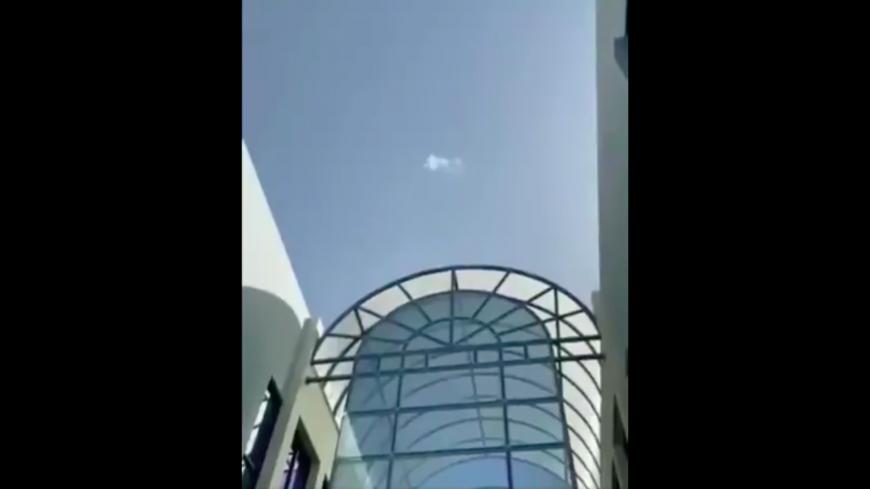 A screenshot from amateur video shows what appears to be Saudi air defenses striking an unidentified aircraft over Riyadh, Saudi Arabia, Jan. 26, 2021. - unknown

The cause of the blasts was not immediately known. BBC Arabic cited witnesses as saying Saudi air defenses were activated.

Flights out of Riyadh’s King Khaled Airport were delayed following the incident, which came just three days after the Saudi military said it had intercepted a hostile projectile launched toward the capital in an attack for which Yemen’s Houthi rebels denied responsibility.

The Houthis have repeatedly launched missiles and armed drones into Saudi Arabia, whose government leads a military coalition against the rebels in neighboring Yemen’s civil war. A few of the projectiles have been shot down after reaching as far as Riyadh.

In 2019, a barrage of cruise missiles and drones slammed into two Saudi oil facilities, temporarily setting back Saudi petroleum production. UN Secretary-General Antonio Guterres later said the projectiles used in that attack appeared to be of Iranian origin.

So far, no group has publicly claimed responsibility for Tuesday's incident, which came as the commander of all US forces in the Middle East visited the region on his first trip abroad under the newly sworn-in administration of President Joe Biden.

CENTCOM commander Gen. Kenneth “Frank” McKenzie was in Saudi Arabia’s western port city of Yanbu on Monday as the US military explores access to sites on the kingdom’s Red Sea coast for logistics and contingency operations.

A spokesperson for US Central Command did not respond to Al-Monitor's inquiry as to McKenzie's whereabouts by publication time.

The Biden administration has initiated a review of the terrorist designation applied to the Houthis by the previous administration of Donald Trump, CNN reported Friday. On Monday the Treasury Department lifted restrictions on financial transactions with the Houthi group and companies and organizations it owns, but not on transactions with the rebels’ sanctioned leaders.

The review came after rights groups objected that the Trump administration’s terror designation for the Houthis would severely hamper humanitarian aid deliveries to civilians affected by Yemen’s civil war.