US to continue defensive intelligence support to Saudi Arabia on Yemen

'We are not a party to Yemen's civil war,' CENTCOM commander says 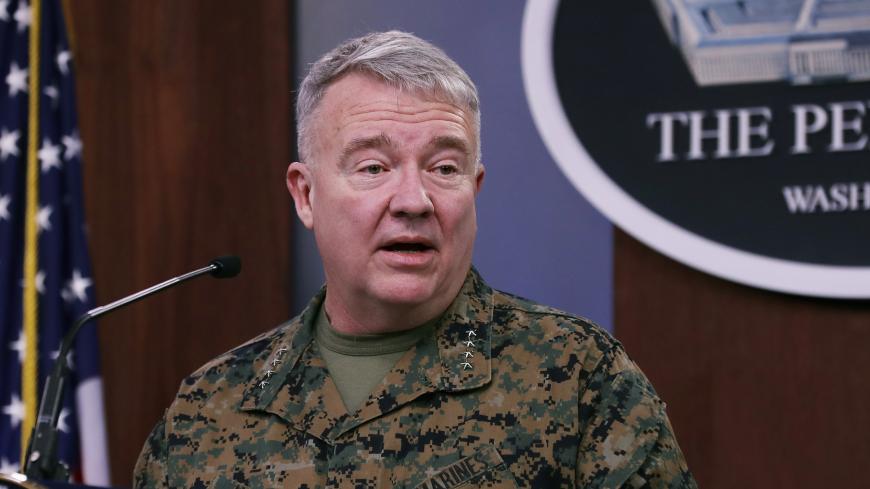 The United States military will continue to provide certain support, including intelligence, to Saudi Arabia regarding Yemen for defensive purposes, the top commander of American forces in the Middle East said Monday.

The head of US Central Command, Gen. Kenneth “Frank” McKenzie, made the clarification just days after the Biden administration announced an end to US assistance for the Saudi-led military coalition’s role in Yemen’s civil war.

“Over the last several weeks, a number of attacks have been launched out of Yemen against Saudi Arabia. We will help the Saudis defend against those attacks, like giving them intelligence when we can about those attacks,” the head of US Central Command said.

“What we will not do is help them strike, continue to conduct offensive operations into Yemen,” McKenzie said, adding that he discussed the matter with top Saudi officials during his latest trip to the region.

The United States stopped midair refueling of Saudi-led coalition aircraft in 2018, but CENTCOM has continued to provide limited intelligence support and coaching on selecting ground targets to bomb in Yemen.

The military has said the coaching was initiated to minimize civilian casualties in the Saudi-led air war over Yemen, though civilian deaths have continued. That advising has halted as a result of President Joe Biden’s order, the Pentagon announced last week.

"The war in Yemen has be come a uniquely horrific humanitarian disaster," Pentagon press secretary Jon Kirby said on Monday. “More needs to be done as a government to reduce the effects of that and alleviate the human suffering."

The United Nations has called Yemen’s civil war the world’s worst humanitarian crisis and criticized the Saudi-led coalition for repeatedly bombing civilians. UN investigators have also alleged that the United States, Great Britain, France and Iran may be complicit in potential war crimes committed by participants in the conflict receiving those countries' support.

US support for the Saudi-led campaign began under the Obama presidency. The State Department under President Donald Trump continued to approve sales of guided munitions and other equipment to Saudi Arabia and the UAE throughout the conflict, despite moves by Congress to block them.

US officials are also moving to reverse the Trump administration’s terrorist designation for Yemen’s Houthi rebels, a label international organizations and rights groups have said could drastically reduce humanitarian aid to much of the war-torn country.

The Biden administration on Sunday called on the Houthis to cease attacks on Saudi Arabia as the United States seeks to redouble diplomatic efforts to bring the six-year conflict in Yemen to a close. The Houthis have largely solidified control over much of Yemen’s north.

US officials said last week that US operations and collaboration with Gulf countries against Islamist extremists in Yemen would continue, however.

McKenzie said Monday, “Our interest in Yemen is … a counterterrorism interest against al-Qaeda in the Arabian Peninsula and elements of ISIS [Islamic State] that are there.”

“American national interest begins and ends there,” he added. “We are not a party to Yemen’s civil war.”

Under McKenzie's direction, CENTCOM has also sought to obtain US military access to sites on Saudi Arabia’s west coast to expand logistics possibilities in case the Pentagon needs to surge troops into the region in the future, as it did in 2019 after what appeared to be Iranian-made cruise missiles and drones slammed into two Saudi oil facilities, temporarily decimating production. Iran, McKenzie said, remains the US government’s top concern regarding the stability of other countries in the region.

“Our focus there is to help them defend themselves more effectively and more efficiently,” he said Monday.

CENTCOM put on a show of military force in the region amid the presidential transition in Washington and threats by officials in Tehran to avenge the Trump administration’s killing of Iranian Quds Force commander Qasem Soleimani in Baghdad last year.

McKenzie has suggested he believes US military flexing in the region has since convinced Iranian leaders against the wisdom of launching direct state-on-state strikes, but sporadic attacks by Iran-linked proxy groups have continued — a shaky balance the commander has called “contested deterrence.”

He said, “Contested deterrence is not to be the end state, rather it allows the diplomats to do their work.”

The Biden administration has said it aims to continue Trump-era efforts to establish ties between Israel and its Arab neighbors to build regional cooperation to defend against potential moves by Iran.

Meanwhile, the Biden presidency is seeking to reenter the 2015 international nuclear agreement with the Islamic Republic, a deal the Trump administration unilaterally abandoned in 2018. White House press secretary Jen Psaki clarified Monday that Iran must return to compliance with the agreement before the United States lifts Trump-era sanctions on Tehran.