Oil producers are concerned that the continued COVID-19 pandemic could hurt demand. 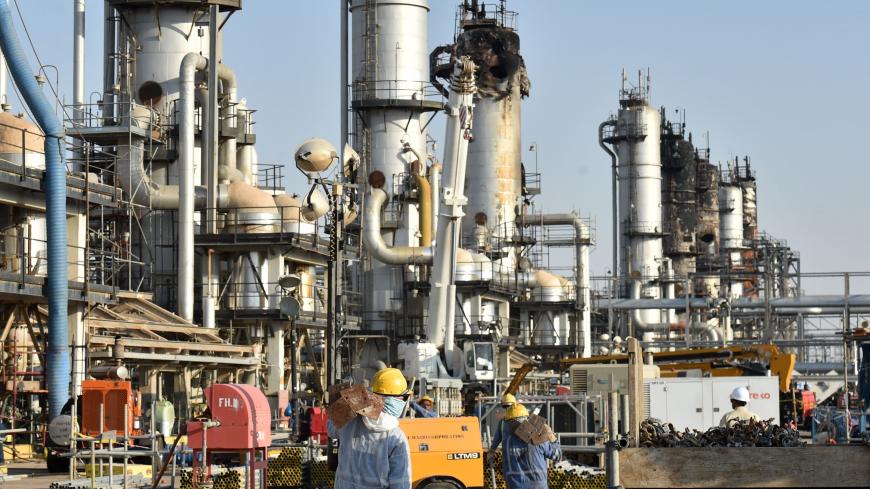 Employees of Aramco work at Saudi Arabia's Abqaiq oil processing plant on Sept. 20, 2019, shortly after an air attack damaged the installation. Saudi Arabia said on Jan. 5, 2021, that it would reduce production, causing a spike in world oil prices. - FAYEZ NURELDINE/AFP via Getty Images

Oil is up to its highest price since February 2020 following a Saudi production cut.

On Wednesday, the price of Brent crude oil — the global benchmark for oil prices — rose to above $54 a barrel. This was the highest price of the commodity since Feb. 25, when the price was $54.95. Prices on Thursday continued to be in the $54 range, according to market data from Bloomberg.

The price increase followed output cuts Saudi Arabia announced Tuesday. The kingdom and world’s largest oil exporter said it would institute voluntary cuts of 1 million barrels per day in February and March. The announcement followed a meeting between the Organization of the Petroleum Exporting Countries and Russia, Reuters reported.

Oil prices dropped to historic lows in 2020 largely due to decreased demand resulting from the coronavirus pandemic. The price fall has had a negative impact on many Mideast economies that depend on oil revenues.

To keep prices up, OPEC and Russia agreed to cut production last year. After some recovery, they agreed in December to boost production for 2021. Several Middle Eastern states are in OPEC, including Saudi Arabia, Iraq, Iran and the United Arab Emirates.

Saudi Arabia’s decision reflects concerns that there will weakened demand as COVID-19 continues to spread, according to Reuters.