Israel expects to administer the vaccine to two million people by the end of the month. 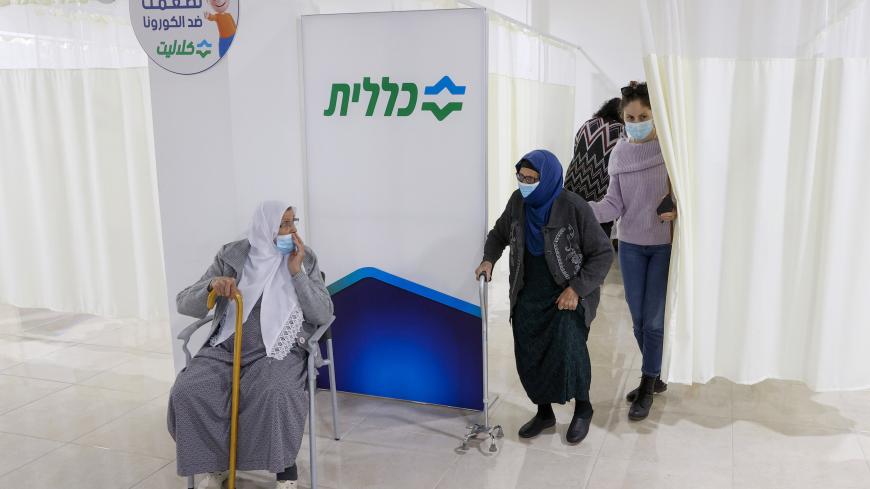 An Arab Israeli woman leaves after receiving a COVID-19 vaccine at Clalit Health Services, in the northern Arab Israeli city of Umm al Fahm, on Jan. 4, 2021.

Israel leads the world in per capita COVID-19 vaccinations, with doses administered to more than 10% of the country in just two weeks.

Health officials in Israel say two million people — more than a fifth of the population — will have received the two-dose Pfizer-BioNTech vaccine by the end of the month. Health Minister Yuli Edelstein said on Monday that 1,224,000 shots have been administered so far, most of them to the elderly.

In an interview with The Wall Street Journal, Edelstein credited the vaccination drive’s success with the country’s highly digitized health care system. Under Israeli law, all citizens over the age of 18 must register with one of four HMOs.

“The health system is proving itself,” Edelstein told the newspaper.

As of Sunday, Israel had a vaccination rate of 12.59 doses per 100 people, according to figures compiled by Oxford University and the non-profit group Global Change Data Lab. For comparison, the Gulf kingdom of Bahrain has the second-highest rate at 3.57.

On Dec. 19, Israeli Prime Minister Benjamin Netanyahu became the first person in Israel to receive the Pfizer-BioNTech shot, saying he wanted to set a “personal example” to encourage all Israelis to do the same.

“We brought millions of vaccines here, more than any other country in the world relative to its population,” Netanyahu said in a speech last week. “We brought them to everyone: Jews and Arabs, religious and secular. Everyone can and should get vaccinated.”

Israel is in the middle of a third national lockdown aimed at curbing an uptick in coronavirus-related deaths. Since its outbreak in February, Israel has recorded 442,187 cases of the virus and 3,433 deaths.

On Monday the Health Ministry released proposed designs for a “green passport” app that would be given to vaccinated Israelis. The digital document, which would be valid for six months, would allow holders to attend large gatherings and travel abroad without having to quarantine.