Is Israel’s Arab Joint List breaking up ahead of March elections? 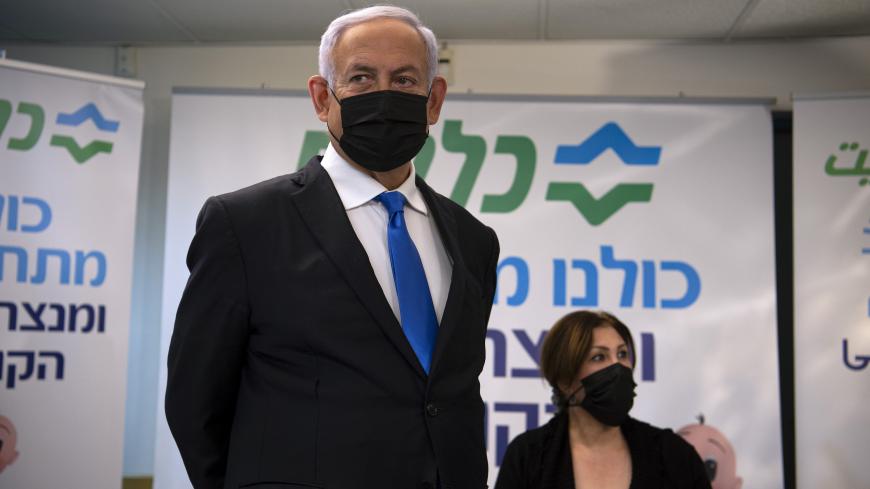 Israeli Arabs make up 21%, or about 2 million, of Israel’s approximately 9.2 million citizens. These numbers do not include the more than 5 million Palestinians living in the West Bank and Gaza, who are not Israeli citizens and do not vote in Israeli elections.

About 90% of the Israeli Arabs who take part in elections vote for members of the Arab Joint List, the coalition of four Israeli Arab parties in the Knesset.

In the March 2020 elections, the Joint List got 15 seats — the most in its history — out of the 120 seats in the Israeli parliament. That may not seem like much, but it is — Israel has lots of small parties, and postelection politicking to put together a majority coalition can come down to just a handful of seats. The Joint list is the third-largest faction in the parliament.

Those 15 seats, however, have generally brought Israel’s Arab citizens little but disappointment. Both Israeli Prime Minister Benjamin Netanyahu’s Likud coalition, and the Blue and White alliance led by Benny Gantz, made clear in the politicking leading up to their now-broken unity government that they would not be working with the Arabs to form a government. So the 15-strong bloc and the 2 million citizens it represents were bystanders yet again in Israeli governance.

The road to Nazareth

But now there’s a rethink going on. It all started when Knesset member Mansour Abbas of the Islamist Ra’am (United Arab List) party, a member of the Joint List coalition, said he was ready to work with Netanyahu, shaking up not only the Arab parties, but Israeli politics more broadly.

Ben Caspit told us that Ra’am working with Netanyahu is more of a shock than if the US conservative Tea Party movement joined forces with liberal US Sen. Bernie Sanders, a Vermont independent who made a strong run for the Democratic presidential nomination last year. In other words, it makes no sense in any way. Ra'am is also a fellow traveler with the Muslim Brotherhood. It all amounts, in Caspit’s words, to a historic drama.

Next came the center-left Meretz party, which has only three seats in the Knesset. This month Meretz named two Arabs among its top five candidates on its list for the March elections: activist Ghaida Rinawie Zoabi from Nazareth and former Knesset member Esawi Frej. Meretz is willing to work with any and all opposition parties, including those on the right, to unseat Netanyahu, as Meretz leader Nitzan Horowitz told Caspit in a podcast interview last month.

The centrist Yesh Atid (“There is a Future”) Party, which holds 15 Knesset seats and is chaired by former Finance Minister Yair Lapid, is also considering adding an Arab candidate to its list for the March elections. Lapid, by the way, accused Netanyahu of incitement and dismissed Gantz’s ability to lead the opposition to the prime minister in a podcast interview with Caspit in August.

And now even Netanyahu realizes that in a tight race to hold onto power, the disaffected 2 million Arab citizens might be the key. There is talk he may name Nail Zoabi, a Muslim Arab from the northern village of Nein, to a slot on the Knesset list.

So Netanyahu, who “plotted to delegitimize the Arab vote" in previous elections, writes Afif Abu Much, “is now its leading suitor, indirectly paving the way for parties on the center-left to resume their wooing of Arab voters.”

And that brings us to the spectacle of Netanyahu stumping for votes in Nazareth on Jan. 13. Nazareth has about 78,000 citizens, almost all Arabs.

Mazal Mualem describes the scene: “As usual, Netanyahu hogged the agenda. He arrived with the full trappings of his high office in Israel’s largest Arab city, accompanied by a long convoy of cars and dozens of Shin Bet security agents. The highly unusual visit was carefully scripted in the best marketing tradition. Netanyahu’s ‘Nazareth speech,’ as he dubbed it himself, was designed to signal a new era in his relationship with Israel's 21% Arab minority and create momentum for his fourth reelection bid in less than two years. His lines were at once cynical and historic. The man who repeatedly incited against the Arab population, questioned their loyalty to the state and warned about their electoral power was now standing before them asking for their support.”

And Nazareth Mayor Ali Salem, according to Mualem, was “clearly awed” by Netanyahu and the fanfare of the visit. “No one has done what the prime minister has done,” he said. “We have never had it as good as we have now. ... You look out for all the residents. And in the middle of this mess, you make peace, and peace is a good thing. I promise you we will support you so that you can continue giving.”

“It is too early to say whether Netanyahu can pick up two or three Knesset seats from Arab voters on March 23, but he has clearly presented the Joint List with the greatest challenge since its inception in late 2014,” Mualem writes. “He correctly identified the disappointment of its constituents who realized that the unprecedented power they handed their lawmakers has been meaningless in terms of political influence and impact on their lives. Violent crime is ravaging entire Arab communities, as is the coronavirus, and to top it all, Netanyahu has pulled off historic peace and normalization agreements with Arab and Muslim states, refuting the paradigm of peace with the Arab world only following peace with the Palestinians.”

There is no doubt that Israel’s normalization agreements with the United Arab Emirates, Bahrain, Morocco and Sudan have rattled the Joint List’s constituency. Israeli Arabs have welcomed the opening and connection, as Afif Abu Much explained on the "On the Middle East" podcast, while the Joint List voted against the normalization deals.

“The grim polling that give the Joint List only 10 or 11 seats in the next Knesset, compared to 15 in the previous elections, is undoubtedly a catalyst for the Jewish parties’ courting of the Arab vote,” Abu Much concludes. “However, the question remains whether the Arab public will forget its treatment by the Jewish parties in previous elections.”