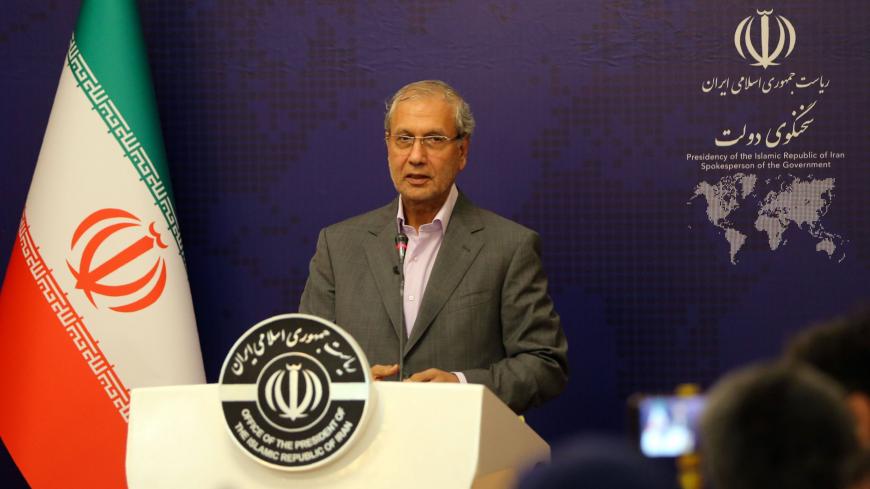 Iranian government spokesperson Ali Rabiei speaks during a news conference in the capital Tehran on July 22, 2019. - AFP via Getty Images

The landmark 2015 nuclear deal, known as the Joint Comprehensive Plan of Action, called on Iran to implement an Additional Protocol granting the International Atomic Energy Agency short notice access to Iran's nuclear sites. The IAEA, the UN's nuclear watchdog agency, currently carries out regular inspections as well as the more intrusive inspections called for under the Additional Protocol.

But in a televised news conference on Tuesday, government spokesperson Ali Rabiei said Iran would start restricting the more intrusive type of access on Feb. 19.

“Our law is very clear regarding this issue,” Rabiei. “But it does not mean Iran will stop other inspections by the International Atomic Energy Agency.”

Iran’s hard-liner-dominated parliament passed legislation last month that mandates increased uranium enrichment and an end to “implementation of the Additional Protocol” if sanctions aren’t lifted by Feb. The law came in response to the suspected Israeli assassination of one of Iran’s top nuclear scientists, Mohsen Fakhrizade, in November.

On Monday, Foreign Ministry spokesperson Saeed Khatibzadeh clarified that Iran’s cooperation with the IAEA “will not cease” and there are no plans to expel UN inspectors.

Iran has steadily breached its obligations under the multilateral accord since former President Donald Trump abandoned the deal in 2018 and unilaterally imposed harsh economic sanctions. In the final months of Trump’s presidency, the administration slapped a slew of additional sanctions on Iran in what critics said was meant to complicate Biden’s return to diplomacy.

If Iran returns to compliance under the deal, Biden has pledged to reenter the pact as a starting point for follow-on negotiations to “tighten and lengthen Iran’s nuclear constraints” and address Iran’s missile program.

Tehran, which denies seeking nuclear weapons and maintains that its nuclear program is used for peaceful purposes only, has stockpiled uranium beyond what’s allowed under the deal. In its most significant violation yet, Iran announced in December that it had resumed 20% uranium enrichment at its underground Fordow facility.

Iran's leaders have said they are willing to re-enter the deal and meet its commitments — but only if Washington lifts sanctions first. More recently, Iran has warned the window of opportunity for the Biden administration to do so is closing.

"If he does, Iran will likewise return to full implementation of our commitments under the nuclear deal. But if Washington instead insists on extracting concessions, then this opportunity will be lost," he said.