IDF Chief of Staff Aviv Kochavi said attack plans should be "on the table" given Iran's recent violations of the nuclear accord. 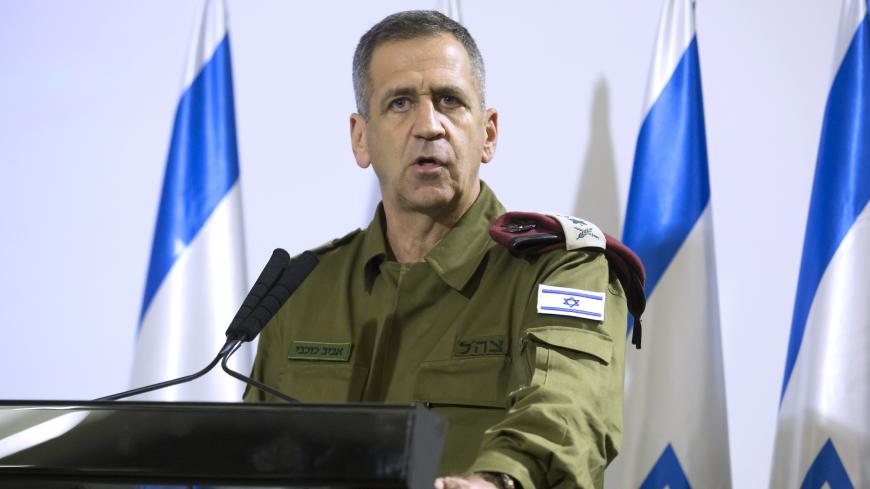 Israel’s top military commander said Iran’s recent nuclear activity has prompted Israel to redraw its attack plans against the country, adding that military action needs to “be on the table.”

Lt. Gen. Aviv Kochavi, chief of staff of the Israel Defense Forces, warned Tuesday that Iran may be “only weeks” away from developing a nuclear bomb. Tehran, which since 2018 has repeatedly violated its obligations under the nuclear accord, announced in December that it had resumed 20% uranium enrichment at the underground Fordow facility. Earlier this month, Iran said it had begun developing uranium metal, a fuel used in nuclear reactors that can also be used to manufacture a nuclear warhead.

Tensions between bitter foes Iran and Israel have run high since the suspected assassination of Mohsen Fakhrizadeh, a top Iranian nuclear scientist, in November. In retaliation, Iran’s parliament passed legislation mandating increased uranium enrichment and limiting UN inspector access if sanctions are not lifted by next month.

“In light of this fundamental analysis, I have instructed the Israel Defense Forces to prepare a number of operational plans, in addition to those already in place,” Kochavi said in an address to Tel Aviv University’s Institute for National Security Studies. “It will be up to the political leadership, of course, to decide on implementation, but these plans need to be on the table.”

The general’s comments come as the new US administration works to rejoin the landmark nuclear agreement that former President Donald Trump abandoned in 2018. If Iran returns to compliance under the deal, President Joe Biden has pledged to reenter the multilateral pact as a starting point for follow-on negotiations to “tighten and lengthen Iran’s nuclear constraints” and address Iran’s missile program.

Israel’s leaders long opposed the deal, which they say has brought the region closer to nuclear war. Even a revised, strengthened agreement, Kochavi warned, "is bad operationally and it is bad strategically.”

“Strategically, it would presumably lead to the regional nuclearization of the Middle East,” he said. “For that reason, anything resembling the current agreement is bad and must not be permitted.”

US Secretary of State Antony Blinken said during his confirmation hearing last week that it was “vitally important” for the new administration to consult with Israel as well as Gulf allies ahead of revived diplomacy with Iran.