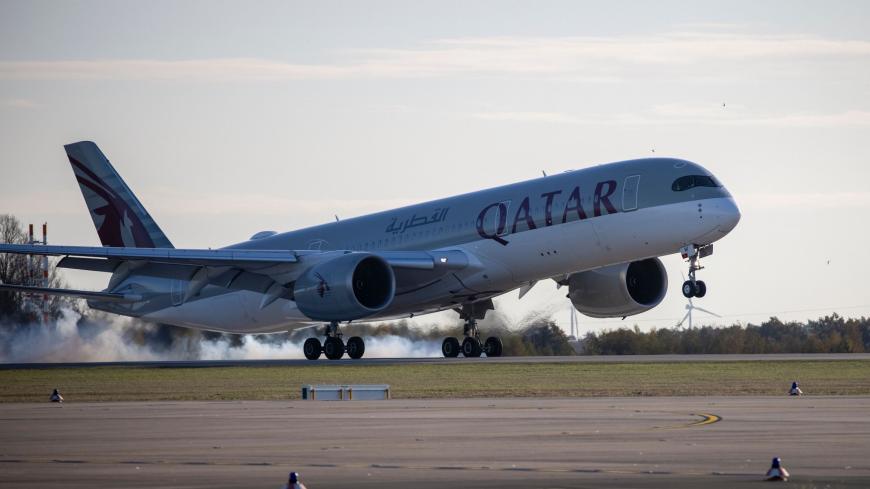 An Airbus A350 plane of Qatar Airways from Doha is pictured after it landed at Berlin Brandenburg Airport Willy Brandt, during the opening of the southern runway of the airport, in Schoenefeld, southeast of Berlin, on Nov. 4, 2020. - ODD ANDERSEN/AFP via Getty Images

Bahrain has opened its airspace to Qatar. The move is a sign that relations are further improving between Qatar and other Gulf Cooperation Council states following the summit last week.

On Monday, Bahrain’s aviation and transport authorities opened the country’s airspace for “Qatar-registered aircraft,” the state-run Bahrain News Agency reported. Bahrain and Qatar do not share a land border, but Bahrain is only about 50 miles north of Qatar in the Persian Gulf.

The decision follows the “solidarity and stability” deal that Bahrain, Qatar, Saudi Arabia, the United Arab Emirates, Oman and Kuwait signed last week. The agreement constituted a major step toward ending the diplomatic rift in the Gulf.

In 2017, Bahrain along with Saudi Arabia, the United Arab Emirates and also Egypt closed their air, land and sea borders with Qatar and severed diplomatic relations. The quartet alleged that Qatar was supporting terrorism, which Qatar denied.

Gulf relations are not totally mended yet, however. A top Emirati diplomat said last week that the states will first resume trade and travel ties before moving up to official relations.

Bahrain’s decision on its airspace indicates the kingdom is on the same page as its Saudi and Emirati allies with regards to Qatar.