The agreement, announced by Kuwait, could spell an end to the diplomatic crisis between the two Gulf states that began in 2017. 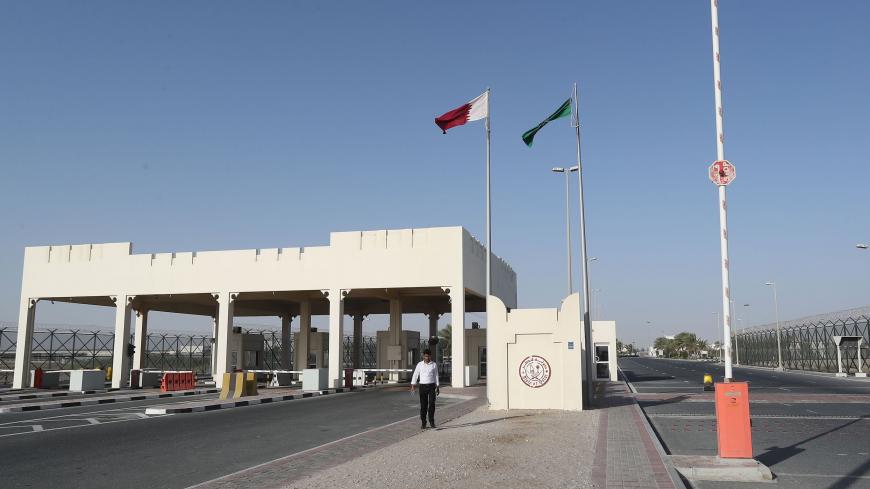 A general view of the Qatari side of the Abu Samrah border crossing with Saudi Arabia on June 23, 2017. - KARIM JAAFAR/AFP via Getty Images

Saudi Arabia has agreed to open its borders with Qatar, Kuwait’s top diplomat said today, in a major development in the rift between the two Gulf states.

Kuwait’s Foreign Minister Ahmad Nasser al-Mohammad al-Sabah announced on Monday the agreement to open the airspace and land and sea borders between Saudi Arabia and Qatar.

In 2017, Saudi Arabia and its allies Bahrain, the United Arab Emirates and Egypt closed their borders to Qatar. They alleged that Qatar was funding terrorism, which Qatar denied. Qatar in turn mounted legal challenges to the quartet’s actions. The conflict also related to Qatar’s support for the Muslim Brotherhood and its relatively friendly relations with Iran.

While the Kuwaiti announcement does not spell an end to the Gulf rift, one of Qatar’s pre-conditions to ending the dispute was the lifting of the border closures, Qatari state-owned Al Jazeera reported.

Kuwait has acted as a mediator between Saudi Arabia and Qatar since the diplomatic crisis began.

The Gulf Cooperation Council, in which both Riyadh and Doha participate, will meet tomorrow in Saudi Arabia. The two states will continue discussing the issue at the event, according to Sabah.

The agreement will be welcome news in Washington. Senior White House adviser Jared Kushner visited Saudi Arabia and Qatar last month as part of the Trump administration’s last-ditch effort to mend ties between its allies.

This is a developing story…