US Customs clarifies position on labeling of West Bank products

The US government said areas in the West Bank run by Israel must label products as "Made in Israel" when exporting to the United States, but goods from Palestinian-administered areas do not need to. 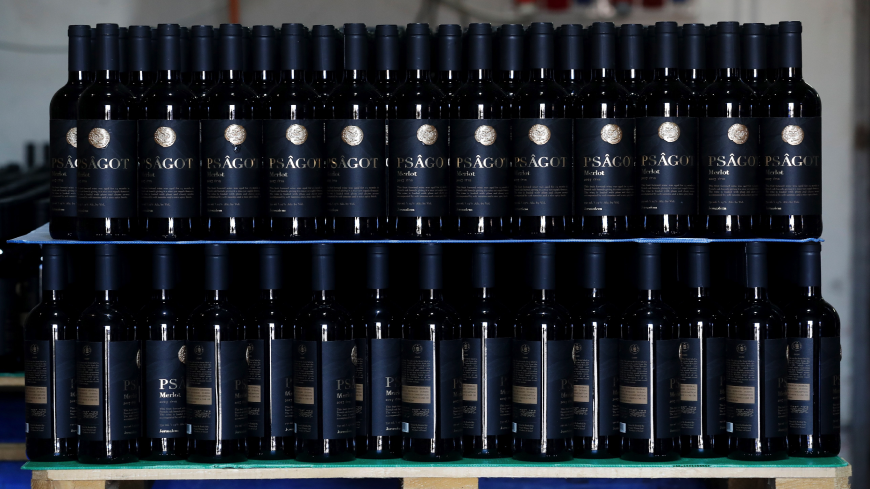 Bottles of wine are set to be shipped at Psagot winery in the Israeli settlement of Psagot adjacent to the Palestinian West Bank city of Ramallah on Nov. 19, 2019. Israeli Yaakov Berg recently lost a battle against Europe over labeling his wine, so when the United States announced it no longer considered the Israeli settlement he lives in illegal, he popped open a bottle. - EMMANUEL DUNAND/AFP via Getty Images

US Customs authorities have released clarifications on policy regarding the labeling of products from Israel and the Palestinian territories.

On Wednesday, US Customs and Border Protection released a statement saying that some products made in the West Bank that are sent to the United States must be labeled as “Israel,” “Product of Israel” or “Made in Israel.”

Israel has built thousands of settlements for Israeli citizens in the West Bank, which is internationally recognized as Palestinian territory. Most of the international community considers the settlements illegally occupied by Israel. However, US President Donald Trump's administration no longer holds this view. The area is split between areas administered by Israel and areas administered by the Palestinian Authority (PA).

Not all West Bank-made products will be designated as Israeli when sent to the United States, however. The only goods that must be called “Israel” are those areas “within the economic and administrative framework of Israel.” Israeli settlements in the West Bank meet these criteria, as they are administered by the state of Israel.

Any exports from PA territory in the West Bank are to be marked “West Bank.” Exports from Gaza, which is controlled by the Palestinian militant group Hamas, must read “Gaza,” according to US Customs.

Businesses have 90 days to begin complying with the new guidelines, the agency said.

The policy is one of several the Trump administration has enacted in its final days to bolster Israel. The president also brokered the Israel-Morocco normalization agreement this month.