Pompeo says settlement products to be labeled 'Made in Israel'

Secretary of State Mike Pompeo also announced the United States would identify and label groups that support the Boycott, Divestment and Sanctions movement as "anti-Semitic." 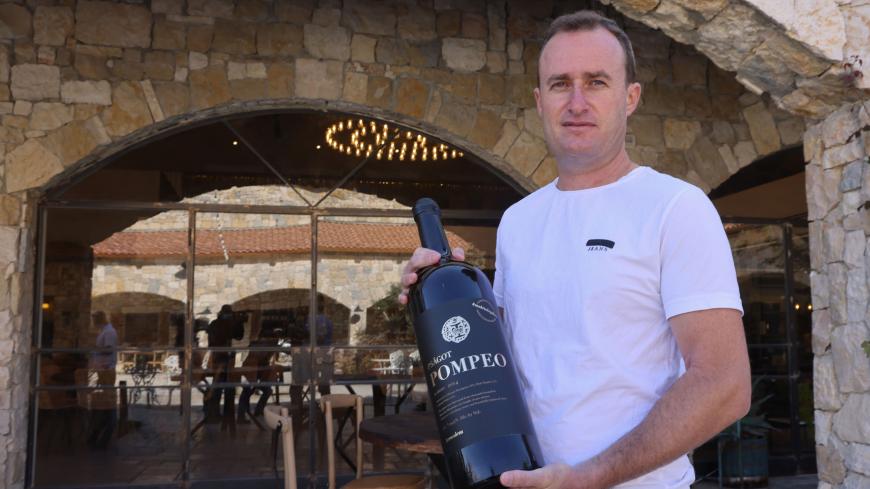 Israeli winemaker Yaakov Berg holds a bottle of his red blend named after US Secretary of State Mike Pompeo at the Psagot Winery in the industrial park of Sha'ar Binyamin near the Psagot settlement in the Israeli-occupied West Bank north of Jerusalem on Nov. 18, 2020. - EMMANUEL DUNAND/AFP via Getty Images

In a reversal of longstanding US policy, Secretary of State Mike Pompeo said Thursday that imports to the United States coming from settlements in the West Bank will now require a label indicating they were made in Israel. Washington’s top diplomat made the announcement during a high-profile visit to the Jewish state that also saw him pledge to identify US-based groups that support the Boycott, Divestment and Sanctions (BDS) movement and label them anti-Semitic.

In a move that Pompeo said is “consistent with our reality-based foreign policy approach,” goods produced in Israeli settlements and exported to the United States will be required to mark their products as “Israel,” “Product of Israel” or “Made in Israel.”

“We will continue to oppose those countries and international institutions which delegitimize or penalize Israel and Israeli producers in the West Bank through malicious measures that fail to recognize the reality on the ground,” Pompeo said in a statement.

The move follows calls from a group of Republican senators who issued a letter to Pompeo on Wednesday urging him to change the country-of-origin labeling guidelines and “continue [the administration’s] string of pro-Israel policy changes.”

Along with east Jerusalem, the West Bank is part of the territory Palestinians are seeking for a future independent state and Jewish settlements on the land are considered illegal by most of the international community. As part of his trip to Israel, Pompeo traveled to a winery at the settlement of Psagot, the first time a sitting secretary of state has paid an official visit to an Israeli settlement.

Also during his visit, Pompeo announced the United States will start referring to the global BDS movement, which aims to economically isolate Israel over its treatment of Palestinians, as “anti-Semitic.” Pompeo added that the United States would identify and withdraw US government support for groups that participate with BDS.

“We want to stand with all other nations that recognise the BDS movement for the cancer that it is,” Pompeo said during joint remarks with Israeli Prime Minister Benjamin Netanyahu in Jerusalem on Thursday.

The Palestinian-led nonviolent movement promotes the boycott of Israeli goods, and its campaigners say they are opposed to anti-Semitism. In a statement Thursday, Amnesty International slammed the move as a violation of freedom of expression.

“Advocating for boycotts, divestment and sanctions is a form of non-violent advocacy and of free expression that must be protected,” said Bob Goodfellow, the interim executive director of Amnesty International USA. “The US administration is following the Israeli government’s approach in using false and politically-motivated accusations of antisemitism to harm peaceful activists.”

In another break with decades-long policy on Israel, Pompeo announced late last month that American citizens born in Jerusalem may now list “Israel” as their place of birth on their passports. Trump formally recognized Israel’s capital as Jerusalem in 2017 and moved the US Embassy from Tel Aviv to the holy city months later.

In a separate move that angered the Palestinians in October, the Trump administration ended restrictions on using US taxpayer funding for scientific research projects conducted in Israeli settlements in the West Bank.