Commerce Minister Zayed bin Rashid al-Zayani said Bahrain "has no issue with labeling or origin" of Israeli products during a visit to Israel, which angered Palestinian officials. 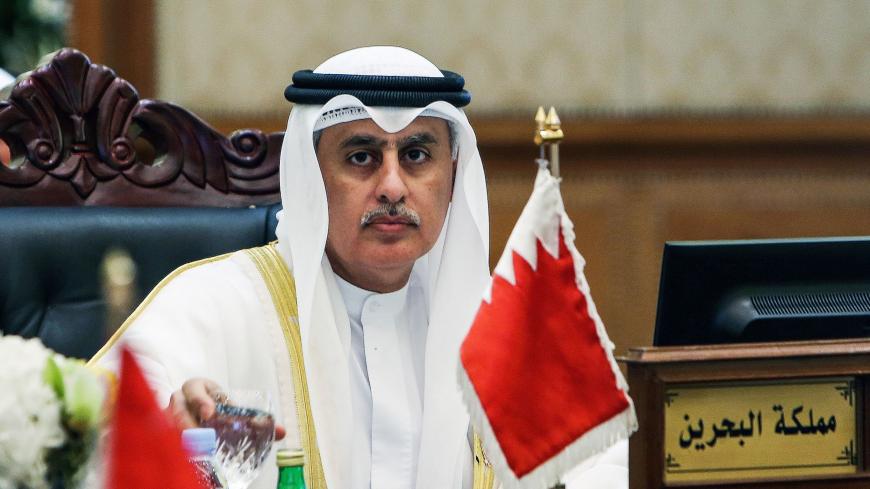 A Bahraini official said Thursday that his country will not have an issue labeling products made in Israel, signaling an openness to products from Israeli West Bank settlements. His comments angered Palestinian officials.

Commerce and Tourism Minister Zayed bin Rashid al-Zayani told Reuters during a visit to Israel that Bahrain will label Israeli products as such regardless of where they are made.

Bahrain established relations with Israel in October, following its regional ally the United Arab Emirates. Since then, the countries have signaled a desire to improve economic ties, and signed an aviation agreement on regular passenger and cargo flights to this end.

Zayani was on the second day of a three-day trip to meet with Israeli leaders, including Prime Minister Benjamin Netanyahu. Bahrain and Israel signed a tourism agreement and one between their diamond exchanges during the visit, the state-run Bahrain News Agency said.

The controversy over Zayani’s comments relates to the issue of products made in Israeli West Bank settlements. The Palestinians envision the West Bank as the bulk of a future independent Palestinian state, and regard the settlements as illegal. Most countries likewise consider the settlements illegal under international law, though the United States no longer does.

Zayani’s comments follow US Secretary of State Mike Pompeo declaring in November that the United States will also label products made in the settlements as “Made in Israel.” Previously, they were labeled “Made in West Bank.”

Palestinian leaders are angry at the UAE and Bahrain for seemingly taking Israel’s side on the conflict surrounding the settlements. In November, the PA called the visit of an Israeli settlers group to Dubai “painful.” The delegation was there to foster business ties. The PA opposes the UAE and Bahrain’s normalization with Israel, believing that Arab states should not recognize Israel until there is a Palestinian state.

The PA softened its tone toward Bahrain and the UAE somewhat ahead of the Bahraini minister’s visit. In November, Palestine returned its ambassadors to both countries.