Turkey’s power plant building spree has resulted in an enormous idle capacity but the construction of new plants continues at the expense of taxpayers despite the country’s bruising economic woes. 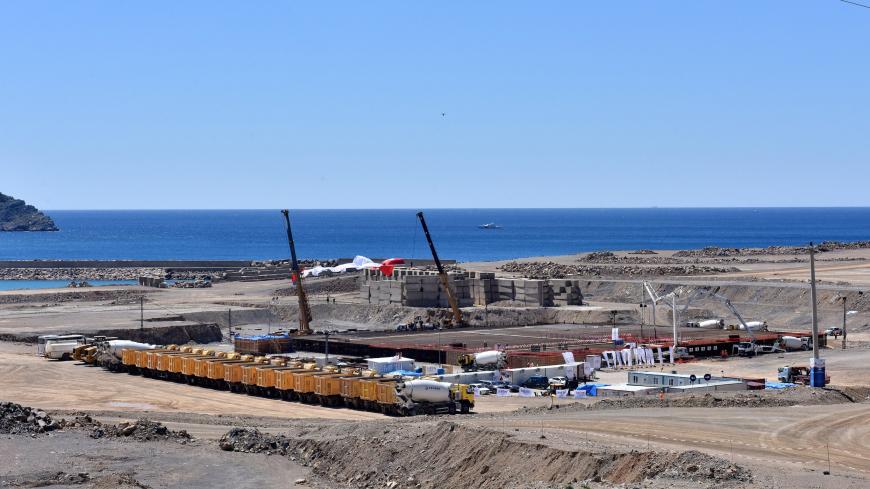 A view of the construction site of Turkey's first nuclear power plant, Akkuyu, is pictured during the opening ceremony in the Mediterranean Mersin region on April 3, 2018. - IBRAHIM MESE/AFP via Getty Images

Turkey’s ruling Justice and Development Party (AKP), in power for 18 years, is under increasing fire for poorly planned, prodigal investments whose long-term financial fallout is coming into sharper relief as the country grapples with severe economic woes. Standing out among the most dubious investments is a series of power plants, including a nuclear energy plant still under construction, that have created an idle capacity threatening to haunt public finances for years.

The miscalculations date back to the AKP’s early years in power, when the Turkish economy — fresh from an IMF-backed overhaul — enjoyed unprecedented inflows of foreign capital that stimulated economic growth of up to 7% per year. The AKP’s economic credentials thrived, translating to lasting political gains. The government encouraged construction as the main driver of growth, even if it relied almost entirely on the continued flow of foreign funds. While the country’s energy consumption grew its power production lagged behind and required larger imports of gas, oil and even coal to power electricity plants.

The government chose to encourage local electricity production through renewable sources as energy imports swallowed large sums of hard currency and swelled the country’s current account deficit. It offered lavish incentives on hydroelectric power plant projects as well as wind and solar energy investments, creating a boom in the sector.

The government-backed investment frenzy rested on the assumption that the economy would sustain its growth pace of 6-7% per year. This belief, however, was not justified. Amid ups and downs since 2014, the economy has slowed and so has its energy demand.

Consumption has increased only 44% over the past decade, according to official figures, meaning that a significant capacity is now idle while the investments continue to gulp bulky public funds and many of them have caused lasting environmental damage.

And still the construction of power plants continues. As of July, the installed capacity of plants under construction, licensed by the Energy Market Regulation Authority, totaled about 24,000 megawatts. According to a recent report by Turkey’s Mechanical Engineers Chamber, the resources they would use suggest that they would contribute little to easing Turkey’s reliance on foreign energy supplies and could even compound it. For years, Ankara “has funneled taxpayers’ money to some investors by incentivizing power production facilities … without any plan or program based on scientific demand forecasts,” the report says.

Chief among the ongoing projects is the nuclear power plant that Russia’s state-owned nuclear energy company Rosatom is building in Akkuyu, on Turkey’s southern Mediterranean coast, under an intergovernmental agreement signed in 2010. The facility, scheduled to become operational in 2023, will be the country’s first nuclear power plant, with a capacity of 4,800 megawatts. The build-operate-transfer project has been granted a 49-year production license that expires in June 2066.

Under the deal, the Russians assumed the financing of the project, estimated to cost $20 billion, while the Turkish government provided the land free of charge and promised to purchase 70% of the plant’s electricity production for 15 years at the price of 12.35 cents/kWh. The estimate was that the cost of the 15-year purchase guarantee would total 57 billion liras, but amid the dramatic deprecation of the currency since 2018, the sum has already swelled to 140 billion liras.

Even before the currency turmoil, the project risked delays due to financing snags. Whether it could be finished on time or whether the builders and Ankara could now face additional costs remains to be seen. But given the country’s energy consumption trend, one thing is already clear: the project was a gross, prodigal misstep economically, not to mention the safety and environmental concerns over the plant’s location in an earthquake-prone area.

Ankara, however, seems to have not learned a lesson. Plans remain underway for a second nuclear power plant in Sinop, on the country’s northern Black Sea coast. The government is looking for new partners after a Japanese-led consortium abandoned the project due to prohibitive costs.

According to the Energy Ministry’s 2019-2023 strategy paper, Ankara will seek an intergovernmental deal different from that with Russia and the details of the project, including its capacity and fuel and reactor types, will be decided once the builder is found.