Sudan is to get $700 million in assistance and $230 million in preliminary debt relief, but 9/11 victims can continue their lawsuit against Khartoum. 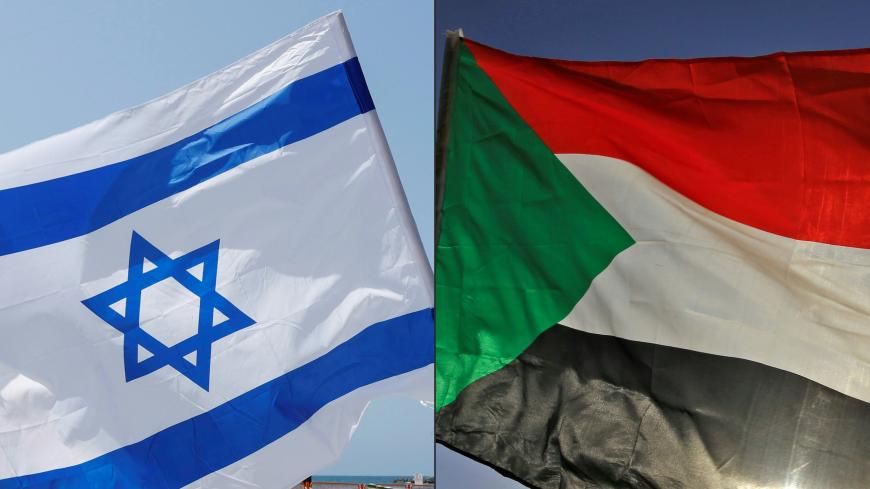 This combination of pictures created on Oct. 23, 2020, shows (L to R) an Israeli flag during a rally in the coastal city of Tel Aviv on Sept. 19, 2020, and a Sudanese flag during a gathering east of the capital Khartoum on June 3, 2020. - JACK GUEZ,ASHRAF SHAZLY/AFP via Getty Images

The US Congress passed a spending package on Monday that may give new life to the administration’s initiative to convince Sudan’s leaders to formally establish diplomatic ties with Israel.

Monday’s omnibus bill included $700 million in assistance and $230 million in debt relief for Sudan and, if signed into law, would restore the country’s sovereign immunity to certain terror lawsuits in US courts.

The bill also enshrines Sudan’s payment of $335 million toward settlements for the families of the 1998 US Embassy bombings in Kenya and Tanzania, as well as the bombing of the USS Cole in 2000 — all done by al-Qaeda, whose former leader Osama bin Laden was sheltered by the previous regime in Khartoum until 1996.

Why it matters:  Congress’ passage of a so-called “legal peace” resolution for Sudan is central to an agreement with the country’s interim leaders over restoring US-Sudanese relations. As part of the talks, Sudan’s leaders sought assurances of their government’s immunity from future lawsuits in US courts.

The legislation is also seen as key to the White House’s last-minute push to convince Sudanese officials to normalize ties with Israel — a request tacked on to the negotiations during an October visit to Khartoum by Secretary of State Mike Pompeo.

But Monday’s legislation does not grant Sudan blanket immunity. Instead, it includes language that protects ongoing litigation against Sudan’s government by families of victims of the Sept. 11, 2001, attacks, something Sudan’s leaders have hoped to avoid.

That provision was spearheaded by Sens. Bob Menendez (D-NJ) and Chuck Schumer (D-NY) amid hard-fought negotiations on the Hill over the legal peace provision, which was led by Sen. Chris Coons (D-DE).

Still, Prime Minister Abdalla Hamdok approved the proposal before the bill passed, according to sources familiar with the matter.

What’s next:  The $230 million in preliminary debt relief to Sudan is a small first step in alleviating the country’s billions in debt.

US and Sudanese officials have discussed the possibility of a visit by Hamdok to the White House, but it is not yet clear if concrete plans are in place. Treasury Secretary Steven Mnuchin is headed to the Middle East with a possible stop in Khartoum early in January.

Know more:  Sudan may be backtracking on talks with its neighbors over the Grand Ethiopian Rennaissance Dam, Mohamad Saied writes.