The Southern Transitional Council rescinded its declaration of autonomy in July, which paved the way for reconciliation with the government. 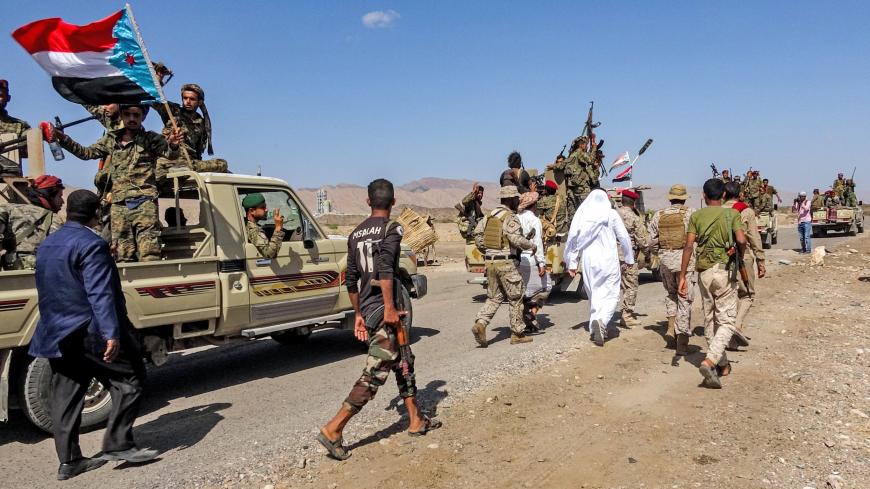 Fighters loyal to Yemen's separatist Southern Transitional Council travel in a convoy in Yemen's southern Abyan province, on Dec. 13, 2020, as part of a withdrawal according to a power-sharing agreement brokered in the Saudi capital, Riyadh, days earlier. - AFP via Getty Images

The Saudi-backed Yemeni government formed a new Cabinet on Friday under a recently negotiated power-sharing deal with southern separatists supported by the United Arab Emirates.

Yemen has been embroiled in a harrowing civil war since 2014. Hadi’s government receives direct military support from a Saudi Arabia-led coalition, while Iran supports the Houthi rebels against the government. Houthi forces control the capital, Sanaa, and western Yemen, while the government controls much of the rest of the country. The Southern Transitional Council controls parts of the south, including the port city of Aden.

The Southern Transitional Council opposes the Houthi rebels, but has pursued a separatist agenda to break away from the Yemeni government. The council formed in 2017 and declared self-rule in April. There has been support in southern Yemen for separatism since Yemeni reunification in the 1990s. The UAE, also a member of Saudi Arabia’s coalition, provides various forms of backing to the Southern Transitional Council. This has created tensions between the Gulf allies in the pro-government coalition.

There were months of deliberations between the southern separatists and the government ahead of the power-sharing agreement. In July, the Southern Transitional Council rescinded its declaration of autonomy, which paved the way for reconciliation.

Meanwhile, the war in Yemen is raging on. This month, the United Nations warned that tens of thousands of Yemenis could experience “catastrophic food insecurity” by next year.