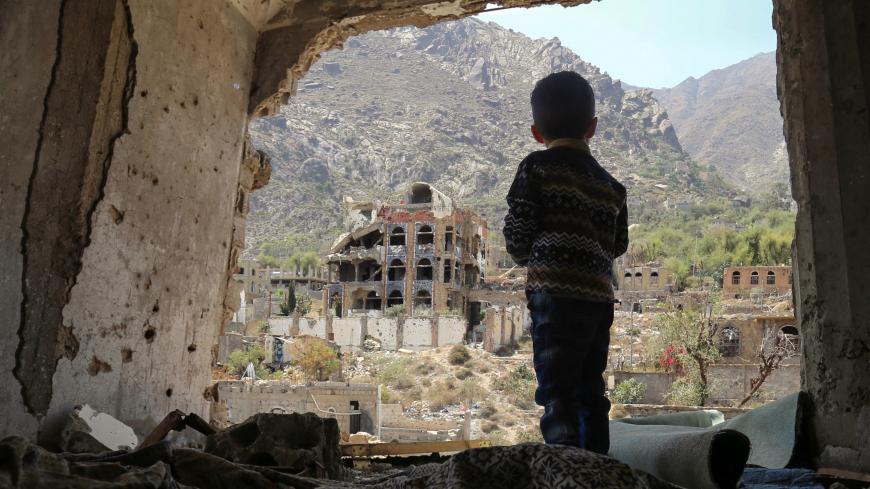 A photo taken on March 18, 2018, shows a Yemeni child looking out at buildings that were damaged in an airstrike in the southern Yemeni city of Taez. - AHMAD AL-BASHA/AFP via Getty Images

Yemen's southern separatists have rescinded their declaration of self-rule, ending a months-long power struggle and paving the way for reconciliation between nominal allies in the fight against the country’s Houthi rebels.

“We have achieved the goals,” Nizar Haitham, spokesperson for the Southern Transitional Council (STC), tweeted Wednesday. “Stressing that we are always alongside our great southern people, carrying their noble national aspirations and goals that cannot be undone.”

In late April, the STC declared a state of emergency and autonomous rule in the south of the country, including the strategic port city of Aden, which functions as the de facto capital of the Yemeni government. The separatists accused Yemen's UN-recognized government of corruption and mismanagement.

The declaration threatened to unravel a Saudi-brokered deal signed in Riyadh in November 2019 between the government of Abed Rabbo Mansour Hadi and the separatists. The power-sharing agreement to end months of infighting in Aden was never implemented.

On Wednesday, Saudi Arabia announced a mechanism that would speed up implementation of the agreement. According to the Saudi Press Agency, the new framework calls for the removal of rival forces from Aden and the southern province of Abyan, and mandates the formation of a government that includes STC representation within 30 days.

“The Riyadh Agreement shows the possibility of resolving Yemeni differences through dialogue without the use [of] military force,” he tweeted. “I am optimistic and confident about its implementation and the parties coming together to put the interests of the Yemeni people first.”

Riyadh had previously warned the separatists’ self-rule would have “catastrophic consequences” and UN special envoy for Yemen Martin Griffiths said it was “disappointing." The southern rebellion put further strain on the anti-Houthi military alliance, which includes the Saudi-backed Hadi government and the Emirati-supported separatists, and has been fighting the Iran-aligned rebels since 2015.

The conflict has created what the United Nations has described as the world’s worst humanitarian crisis. During a briefing to the Security Council on Tuesday, UN aid chief Mark Lowcock called for increased funding for aid operations he said was necessary to prevent a renewed slide into famine.

“The choice before the world is the same as last month: Help Yemen now, or watch the country fall into the abyss,” he said.