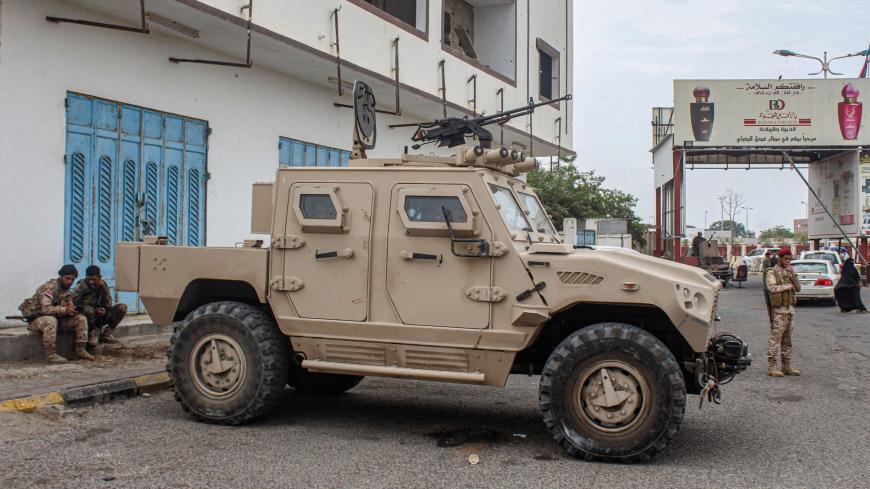 Yemen’s President Abed Rabbo Mansour Hadi ordered the country’s new unity government to relocate to Aden after its members were sworn in during a ceremony in Saudi Arabia’s capital yesterday.

The new Cabinet announced on Dec. 18 consists of Hadi loyalists as well as members of the separatist Southern Transitional Council (STC) and the Islamist Islah Party, the presidency said in a statement earlier this month.

Hadi on Sunday ordered the new government to begin tackling war-torn Yemen’s economic woes, according to Yemeni state news agency SABA. The Yemeni president-in-exile added that members of the new government should also take their oaths of office in Aden.

The power-sharing government is the belated result of Saudi Arabia’s efforts to broker a deal between its anti-Houthi coalition partners in Yemen. Representatives of the STC and Hadi’s government signed an agreement in Riyadh in November 2019 to eventually work toward a unity government, but setbacks culminated in the STC declaring self-rule in the south in April, which it has since renounced.

Last year’s Riyadh agreement came after pro-government forces and those aligned with the STC repeatedly fought over control of the de facto capital at Aden, while Hadi himself has remained in exile in Riyadh. The infighting has weakened the Saudi-led coalition’s efforts to stave off gains by Yemen’s Houthi rebels in the north, who have links to Iran’s Islamic Revolutionary Guard Corps.

The unity agreement comes as the Houthis have consolidated control over most of Yemen’s north, with the exception of the oil-rich area of Mareb. It also comes just ahead of the swearing-in of US President-elect Joe Biden, who has promised to end Washington’s support to the Saudi-led military coalition.

The United Nations has called Yemen’s civil war the world’s worst humanitarian catastrophe. The conflict has killed more than 230,000 people since the Saudi-led coalition — which includes the United Arab Emirates and is backed by the United States — moved in 2015 to reinstall the Yemeni government ousted by Zaidi Shia Houthi rebels a year prior.